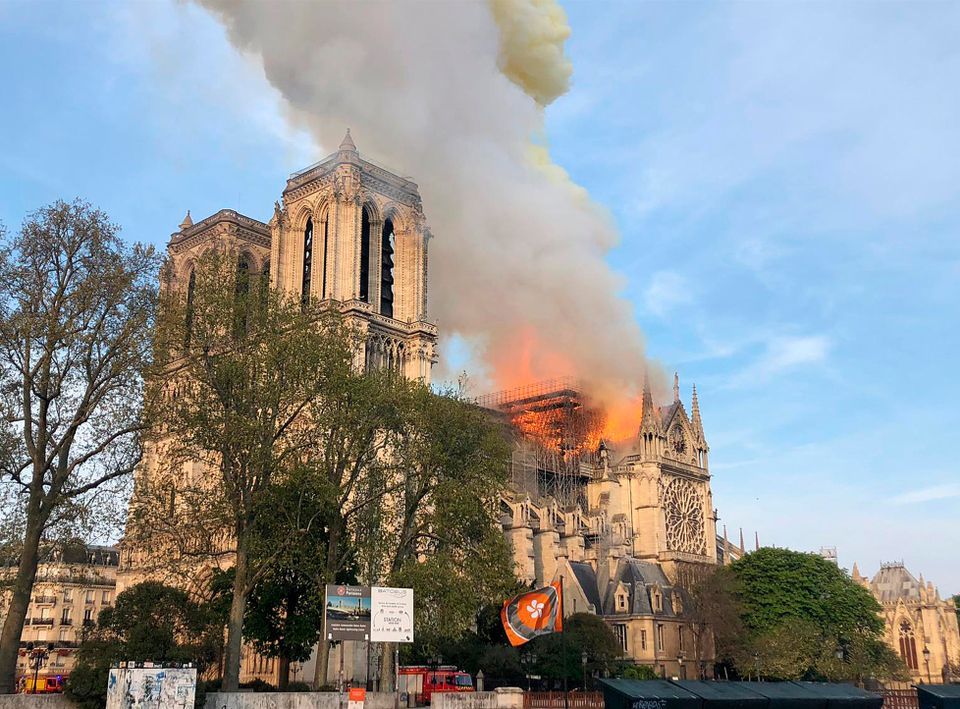 The prime minister of France, Edouard Philippe, has launched an international architectural competition to rebuild the spire of Notre-Dame Cathedral. Speaking this morning after a special Cabinet meeting on the reconstruction and restoration of the church, Philippe said the aim is to crown the building with a “spire adapted to the techniques and challenges of our times.” This will be “a huge challenge” and “a historic responsibility,” he said.

The 93-metre spire, which collapsed in the devastating fire at the cathedral on Monday, was erected in the 1860s when the cathedral was dramatically reshaped by the architect Eugène-Emmanuel Viollet le Duc. The statues of the 12 Apostles at its base were removed last week and are safe. The original spire was built in the 13th century but was removed in the 18th century after becoming unstable.

On Monday, President Emmanuel Macron promised that the cathedral will be rebuilt within five years although conservation experts warn that reconstruction could take much longer.

Meanwhile, the Archbishop of Paris, Michel Aupetit, has thanked well-wishers from around the world for the “many signs of friendship and encouragement” and the “outpouring of solidarity” which followed the devastating fire.

In a message posted on the cathedral website yesterday, the Archbishop says that “France cries and with her all her friends from all over the world.” But he encourages the faithful to look to the future. Notre Dame’s “stones are the testimony of an invincible hope which, by the talent, the courage, the genius and the faith of the builders, raised this luminous” cathedral. “This faith remains ours. It is she who moves mountains and we will rebuild this masterpiece.”

In a letter written to the Archbishop yesterday, Pope Francis also “express[es] the wish that Notre-Dame cathedral can become [whole] again.” He acknowledges that the church is not just of significance to the faithful but is also “a national symbol dear to the hearts of Parisians and all French [people] in the diversity of their convictions. Notre-Dame is the architectural jewel of a collective memory,” he writes.