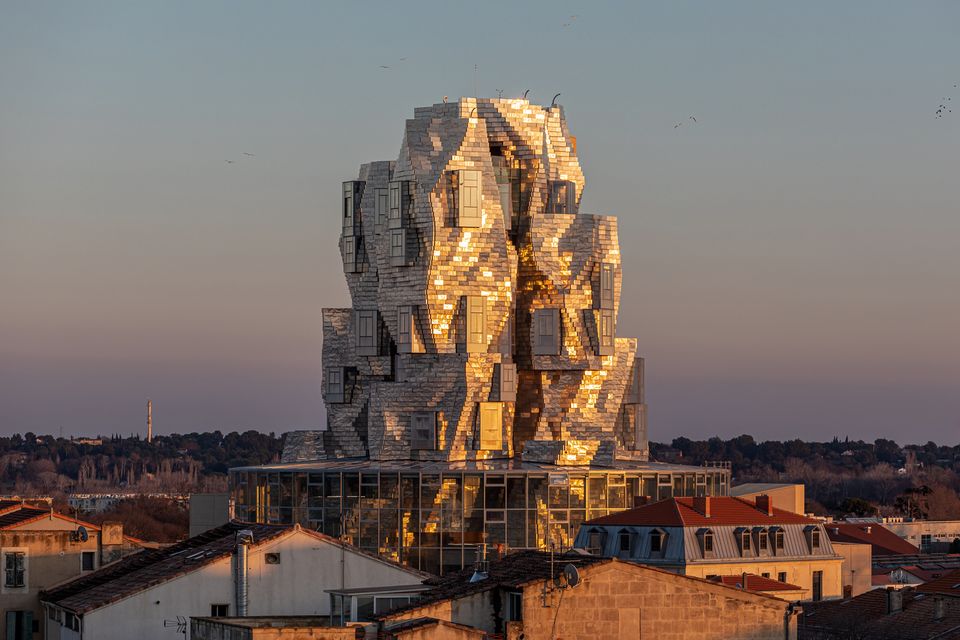 Gehry’s tower is the centrepiece of the new arts campus which formally launches on 26 June (subject to Covid-19 restrictions); the 15,000 sq. m building will house exhibition galleries, project spaces, seminar rooms, an auditorium and the Luma foundation’s research and archive facilities.

Gehry says in a statement: “We wanted to evoke the local, from Van Gogh’s Starry Night [a painting of Arles at night] to the soaring rock clusters you find in the region. Its central drum echoes the plan of the Roman amphitheatre [based in Arles].” 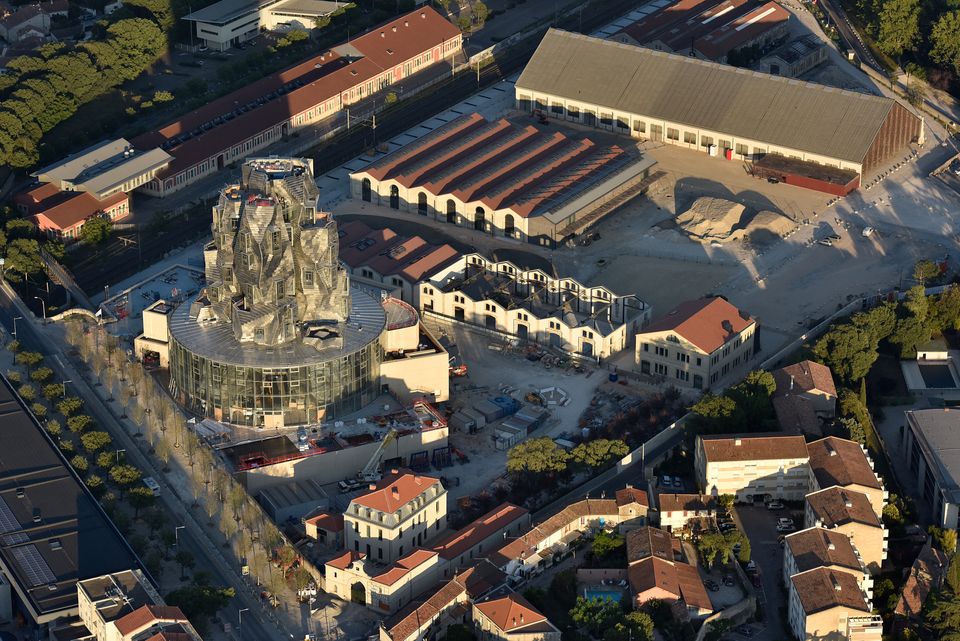 Four large-scale industrial buildings on the Luma Arles site, previously a manufacture and repair yard for the French national railway system, have been refurbished by the New York-based Selldorf Architects. These vast spaces are used for installations and artists’ residencies; since 2008, more than 100 artists—including Zanele Muholi, Collier Schorr and Jordan Wolfson—have shown works at the site. The Luma Arles campus is nestled within a public park designed by the Belgian architect Bas Smets.

In 2004, Hoffmann launched the Luma Foundation, which “is dedicated to providing artists with opportunities to experiment in the production of new work, in close collaboration with other artists from a variety of disciplines, with curators, and diverse audiences”, a statement says.

In 2016, we reported that the Luma Foundation is providing around €100m in funding for the campus project in Arles. Asked to provide current funding details, a foundation spokesman says: “As a private foundation Luma does not disclose financial information.”