Deep into Tania Libre, the new documentary that explores the artist Tania Bruguera’s fraught relationship with the Cuban government, comes a particularly intimate moment. Sounding a bit more sheepish than usual, Bruguera admits that she was attracted to one of her interrogators during her detention in 2015.

She not only experienced post-traumatic stress disorder (PTSD) as a result of her harassment and imprisonment, she says, but also some form of Stockholm syndrome, the condition by which hostages can become attached to their captors. And she believes she is not alone, seeing these afflictions as a near-universal condition of a population that survived Fidel Castro’s regime.

It is the kind of insight that comes from intense therapy sessions, and here it comes from a two-day-long, therapy-like conversation between Bruguera and the psychiatrist and trauma expert Frank Ochberg, which provides the format and substance of the new film. It is a risky premise: the 73-minute documentary, which has a one-week run at the Museum of Modern Art in New York (from 19 May), consists almost entirely of this dialogue, save for clips of Bruguera’s button-pushing performances. (She is also due to speak on a panel about art and social commitment with other artists at Frieze New York on 6 May.)

Film as a form of arts activism The documentary was produced and directed by another risk-taking artist: Lynn Hershman Leeson. As the feminist conceptual artist tells it, she made the film on “lunch money” in between exhibitions of her own works, which focus on the seductive dangers of surveillance, cloning and other techno-futurist fantasies we already live with.

During her career, film-making has become Hershman Leeson’s most visible form of art activism. “To jail or punish artists for doing their work is such a violent form of repression, like having your tongue cut out,” she says. “I see this as a way of making people aware of these vital wrongs.”

Hershman Leeson’s previous two documentaries also show artists who have been oppressed or suppressed. !Women Art Revolution (2010), a sweeping history of around 50 years of feminist art-making that took nearly that long to make, began with videos of friends made at home with a borrowed camera. “I didn’t see it as a film,” she says. “I didn’t know how to make a film, but I thought it was the most interesting thing happening at the time.”

The documentary gives female artists recognition long denied by museums as well as the market, and treats feminism as a serious political movement that grew out of Vietnam-era activism. Narrated by Hershman Leeson, the film covers works by Howardena Pindell, Judy Chicago, Martha Rosler and Ana Mendieta, among others, and weaves together dozens of one-to-one interviews. (Acquired by Stanford University, California, the full interviews are now online.)

One highlight is the interview with a feisty Marcia Tucker, the New Museum’s founding director, carried out in July 2006, just three months before her death. She remembers working as a curator at the Whitney Museum of American Art (from 1969 to 1977) and asking its then president, David Solinger, for a raise so her salary would match those of her male counterparts. “He said: ‘The budget, the budget, the budget,’” Tucker recounted. “I said: ‘The New York Times, the New York Post, the Daily News.’” 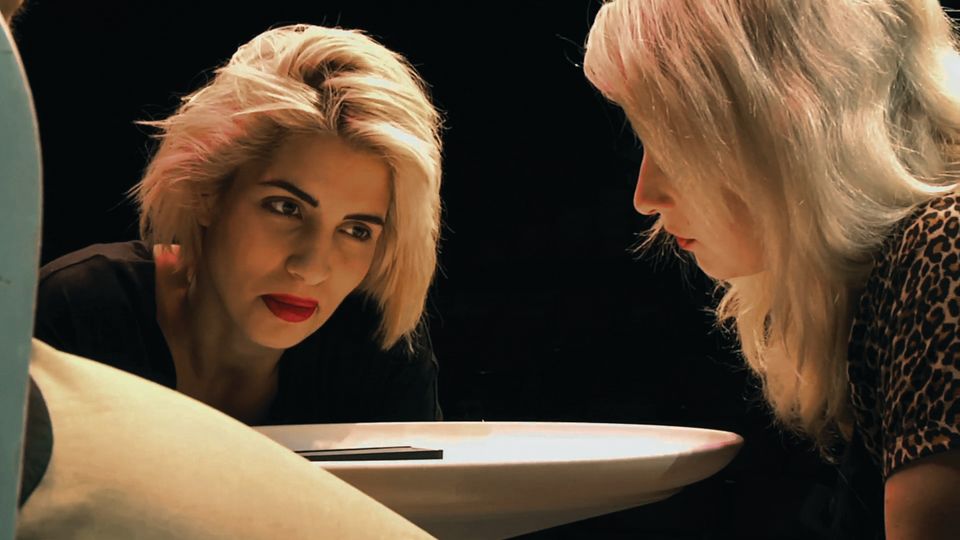 Advocating for artists’ rights Hershman Leeson’s 2007 documentary Strange Culture exposes the plight of the artist Steve Kurtz, who was investigated by the FBI over bioterrorism after police discovered a home laboratory where he kept bacteria for his biotech-related art. Kurtz’s lawyers would not let him speak about the specifics of his pending case, so the film compensates by having the actors Thomas Jay Ryan and Tilda Swinton play Steve and his wife, Hope Kurtz. They dramatise the couple’s daily lives, from teaching to working on a show at the Massachusetts Museum of Contemporary Art about genetically modified food.

In that film, Hershman Leeson clearly enjoys the slippery interplay of fact and fiction, as she did in her epic Roberta Breitmore project in the 1970s, during which she spent years developing an alter ego with her own clothes, mannerisms, relationships, driving licence and chequebook. In one scene in Strange Culture, she shoots the real Kurtz and the actor playing Kurtz together on screen. In another, she catches Swinton out of character, talking about the regulation of genetically modified organisms in Europe. (Swinton is also the lead in Hershman Leeson’s two science-fiction films, Conceiving Ada, 1997, and Teknolust, 2002.)

But most of all, Hershman Leeson saw Strange Culture as a way to back Kurtz while the federal investigation dragged on. Kurtz has called it “a huge help” that led to “volunteers, expert witnesses, cash donors and even more support” for his case. All charges against him were dropped a year after the documentary came out.

The film-maker felt a similar urge to advocate for an artist’s civil rights with Bruguera. In early 2015, she did not know the detained Cuban artist personally but “felt compelled” to get involved when video clips made by her supporters turned up on YouTube. “They made no sense. They were not just low quality, with bad video or sound, but they were low on information. They didn’t really say why she was in jail or what the circumstances were.” 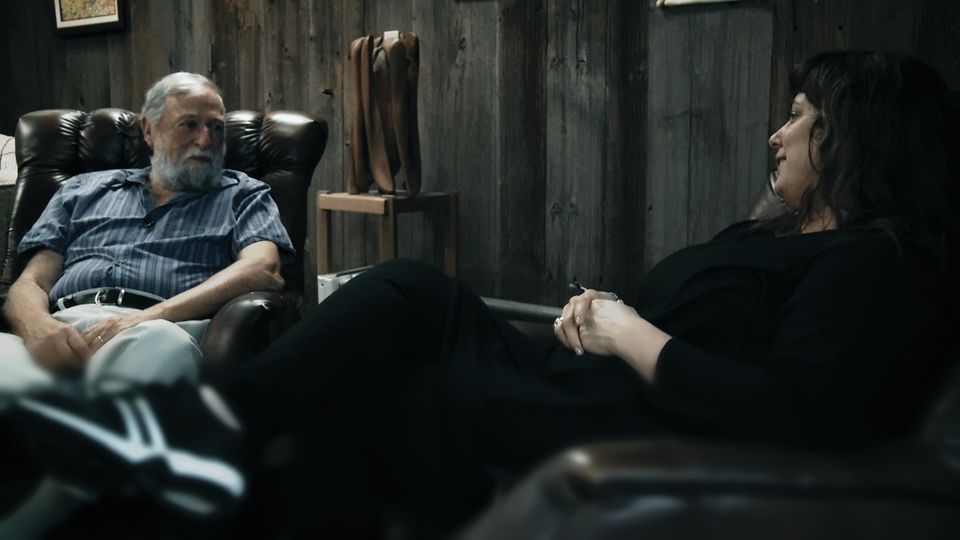 In the psychiatrist’s chair Hershman Leeson’s first attempt to do something better failed: a planned trip to Cuba to shoot something that summer was scrapped when her camerawoman backed out at the last minute in fear of having her passport seized, like Bruguera’s had been during her detention. The artists did not meet until Bruguera moved to New York that autumn. She had heard about Ochberg, one of the first psychiatrists to identify and treat PTSD, and invited Hershman Leeson to join her on a visit to his offices in Michigan.

The film’s power stems from Bruguera’s frankness in discussing her ordeals and Ochberg’s insights into trauma. They discuss a range of topics, including Bruguera’s father (a former diplomat and Castro loyalist), political leaders as father figures and Stockholm syndrome, which Ochberg describes as “this trauma bond—the person who does this to you eventually becomes the father. And when he is no longer threatening to kill you, you almost interpret that as love.”

Then Bruguera mentions her interrogator, whose name is bleeped out. “I did develop some attraction, I have to confess,” she says. “Sometimes she told me things to threaten me in a nice way, like: ‘I want you to do that for your own good.’ And I knew it wasn’t for my own good. That was really intense.” The conversation between psychiatrist and artist soon shifts to other topics, including Bruguera’s decision to read Hannah Arendt’s 1951 book The Origins of Totalitarianism non-stop in her house in Havana as an activist performance. The government’s response? It immediately sent a crew with pneumatic drills to repair the street, but only in front of her home. She caught it on tape. “I think the government did a piece for me,” she says, smiling. The film ends with her 2016 video stating that she will run for president of Cuba in 2018—an intention as hypothetical as it is inspiring, given the one-party state.

As for Hershman Leeson, she connects film-making to her other art activities, since they all confront “the consequences of technological and scientific inventions that are happening in our culture without a proper ethics procedure”. She also notes the common themes of “violations and threats to freedom experienced by women in particular, whether it be by a family member or authoritarian government”.

“I don’t see any real differences except in the form,” she says of her work, before settling on an apt genetic metaphor: “I think one is a DNA mutation of the other.”