French museum discovers more than half its collection is fake 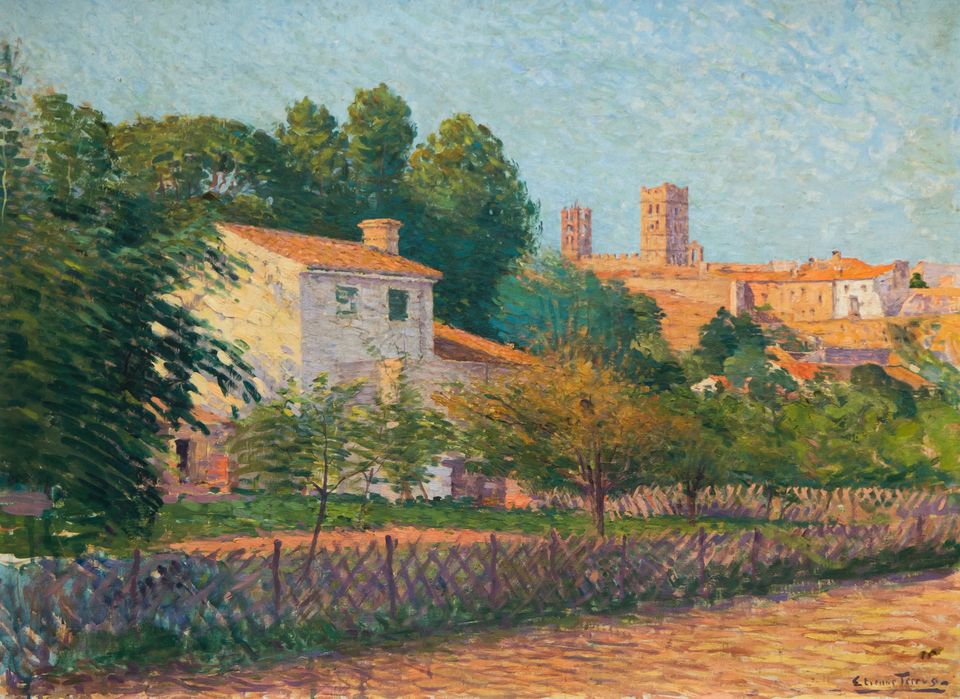 The southern ramparts of the town of Elne (1890) by Étienne Terrus, one of the works still on display at the museum dedicated to the painter in his hometown Mairie d’Elne

A museum in southern France has handed more than half the works in its collection over to police investigators after experts said they are fakes. The Musée Terrus in the village of Elne, near Perpignan, which is dedicated to the local painter Étienne Terrus, who was friends with Henri Matisse and the sculptor Aristide Maillol, reopened after renovation on 27 April. But around 80 of the 140 works owned by the municipal museum are now believed to be falsely attributed to Terrus or outright forgeries, the mayor of Elne, Yves Barniol, revealed at the opening. The discovery represents “a catastrophe for the municipality”, he told local press.

An art historian charged with revamping the displays to incorporate the museum’s recent acquisitions, Eric Forcada, raised the alarm last August after examining photographs of the works. The local authorities sought a second opinion from a committee of experts, who judged that 82 works acquired over a 20-year period—a mixture of gifts from the museum’s friends associations and a private collector and purchases by the administration—are fake. The specialists noted glaring inconsistencies, such as views of buildings that did not exist before Terrus’s death in 1922 and supports that the artist did not use. The damages are estimated at €160,000.

Elne town council filed an official complaint for forgery, fraud and possession of stolen goods against “X”—persons unknown—in early April. Perpignan police have seized the works in question and opened an investigation into their provenance. “We will not give up,” the mayor said, pledging to uncover all the documents that “will allow us to trace the forgers”. Denouncing regional art dealers and auction houses as “corrupt”, Forcada told L’Indépendant newspaper that the case “will, at least, raise a greater awareness to protect the work of [local] artists”.