Signatories say that a ‘new deal’ is needed in France, enabling photojournalists to document the epidemic 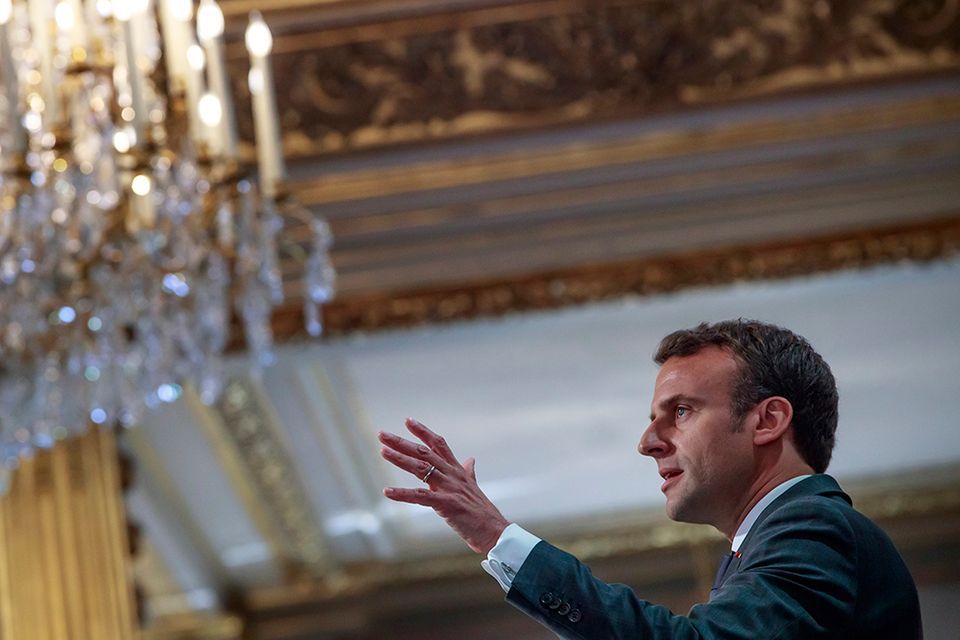 French photographers are calling on Emmanuel Macron for a “photographic new deal” to support them through the coronavirus pandemic © Christophe Petit Tesson, Pool via AP /Flickr

More than 400 photographers and photojournalists have signed an open letter to the French president Emmanuel Macron, urging him to move forward with a major programme of public commissions pledged in May in the wake of the coronavirus crisis.

The letter, which was recently published in the newspaper Le Monde, was signed by the French photographer and ecologist Yann Arthus-Bertrand, the US-born documentary photographer Jane Evelyn Atwood and the veteran photojournalist Raymond Depardon, among others.

“On 6 May, the President announced a major national [initiative] for artists and authors. Since then, as the situation deteriorates for photographers every day, his words have not materialised [into actions],” the signatories say. In his speech, Macron said that he plans to "rebuild a cultural ambition for the country [...] that the government would implement quickly”. The French Ministry of Culture had not responded to a request for comment at the time of writing.

“The status of photographers is precarious and the economic crisis linked to the coronavirus is accelerating this situation,” the signatories say, stressing that fewer photographers are able to obtain press cards, which would enable them to work as official, and many are unable to claim unemployment benefits. “Nonetheless, since the onset of the crisis photographers began documenting the epidemic in their own way,” they say.

The photographers are calling for a “photographic new deal”, referring to artistic projects put in place during the Great Depression in the US—after President Roosevelt took office in 1933—to restore prosperity.

“A project charting the different photographic currents and the different generations of photographers would make it possible to produce a historical document on France during this pivotal period, to participate in collective memory, and would give a major boost to French photography. Mr. President, history is being written now, give us the means, as quickly as possible, to photograph it,” they say.

Paris-based photographer Claudine Doury signed the letter. She tells The Art Newspaper that "it is time to do this, to make something like the Farm Security Administration [a New Deal agency created in 1937]—a new portrait of our country."