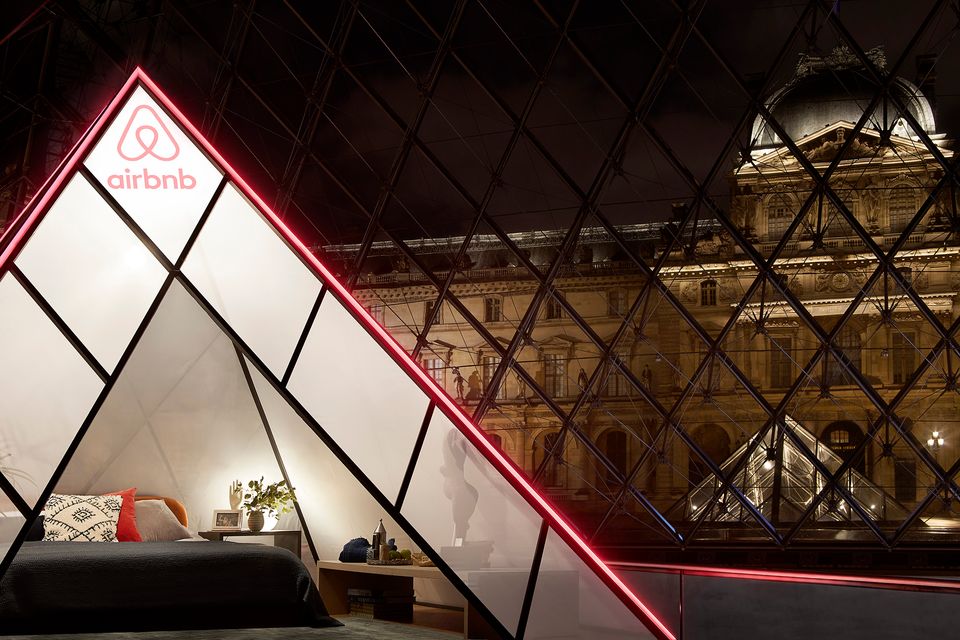 In May, Airbnb ran a competition giving two winners the chance to spend a night at the museum Courtesy of Airbnb. Photo: © Julian Abrams

Ian Brossat, Paris’s city deputy mayor in charge of housing, has criticised the Louvre for teaming up with Airbnb, a move he says is “disastrous”. In May, Airbnb ran a competition giving two winners the chance to spend a night at the museum (“enjoy an aperitif with the Mona Lisa”, was the publicity tagline). This winter, guided tours of the museum, conducted every Tuesday when the Louvre is closed, can be booked via Airbnb whose “hosts” will show visitors key works (prices start at €30).

In a letter addressed to the French culture minister Franck Riester, Brossat writes: “This repeated use of a public institution [the Louvre] for commercial purposes by a digital giant is a shocking political gesture.” He wants the ministry, which oversees the museum, to intervene; Riester has not yet responded, Brossat says.

He adds that the Louvre’s decision is unwelcome in a city where “an increasing number of its inhabitants are more aware of the adverse consequences of Airbnb on the Parisian real estate market”, and also questions the company’s fiscal contributions in France.

The move is controversial because “the purpose of these [Airbnb] marketing campaigns, endorsed by the [French] state, is to put a shine on a multinational Silicon Valley company in an institution symbolic of France [Louvre],” Brossat says.

The Communist politician has mounted a long-running campaign against the online rental firm, telling Le Parisien earlier this month that he wants to ban Airbnb rental apartments in the centre of Paris. “When we see that in the first, second, third and fourth arrondissements, 26% of the properties are no longer occupied by Parisians, we have to ask—do we accept that Airbnb is taking control of entire neighbourhoods in Paris?” he says.

Airbnb did not immediately respond to a request for comment but Chris Lehane, a company spokesman, told Agence France-Presse that the company operates under a “full legal framework” in Paris. A Louvre spokeswoman says meanwhile that the partnership was announced six months ago. A museum statement says that "[Airbnb] Experiences, allow everyone to rediscover the museum from a totally new angle, with exclusive tours and intimate concerts.”