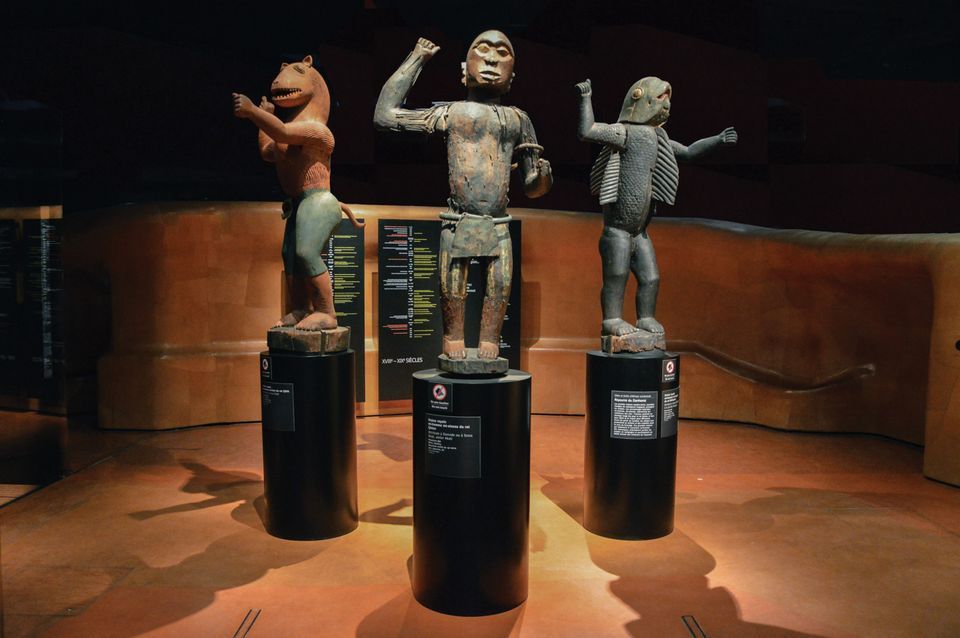 Anthropomorphic statues representing three kings of Dahomey (present-day Benin) were plundered by French troops in 1892 and are held today at the Quai Branly museum in Paris Photo: Shonagon

In a unanimous vote on 4 November, 343 French senators approved a bill to return 27 colonial-era objects in museum collections to Benin and Senegal within one year. The bill concerns 26 royal artefacts plundered in 1892 by French troops from the palace of Abomey in present-day Benin, which are held at the Musée du Quai Branly-Jacques Chirac in Paris, and the sword of a west African military commander, which is currently on loan to the Museum of Black Civilisations in Dakar from France’s Army Museum.

The French government launched an “accelerated procedure” for the bill in July and it was unanimously passed in the National Assembly last month, with 49 deputies voting in favour on the first reading.

The move comes almost three years after President Emmanuel Macron made a landmark speech committing to the “temporary or definitive restitution of African heritage to Africa” within five years. But new laws are needed to remove objects from French museum collections, which are considered “inalienable” parts of national heritage under a 16th-century legal principle. France has passed similar individual laws to repatriate human remains held in museums.

The Benin and Senegal bill “in no way challenges the principle of inalienability”, said the culture minister Roselyne Bachelot, adding that this “is not an act of repentance, but an act of friendship and trust”, according to Agence France-Presse. A Senate committee report, presented on 28 October, underscores the bill’s “strictly exceptional, ad hoc and limited character” and dismisses the “excessive” recommendations of the 2018 Sarr-Savoy report, which advised the large-scale return of African objects by a series of bilateral agreements.

However, senators called for the creation of a national council “charged with reflecting on the circulation and return of non-European cultural objects”, which would advise the government and “better supervise” similar legal procedures in the future. They specified the term “non-European” to encompass potential restitution claims from the United States, Australia and New Zealand. But Le Monde reports that this initiative has little chance of being formally adopted into law due to opposition from the government.