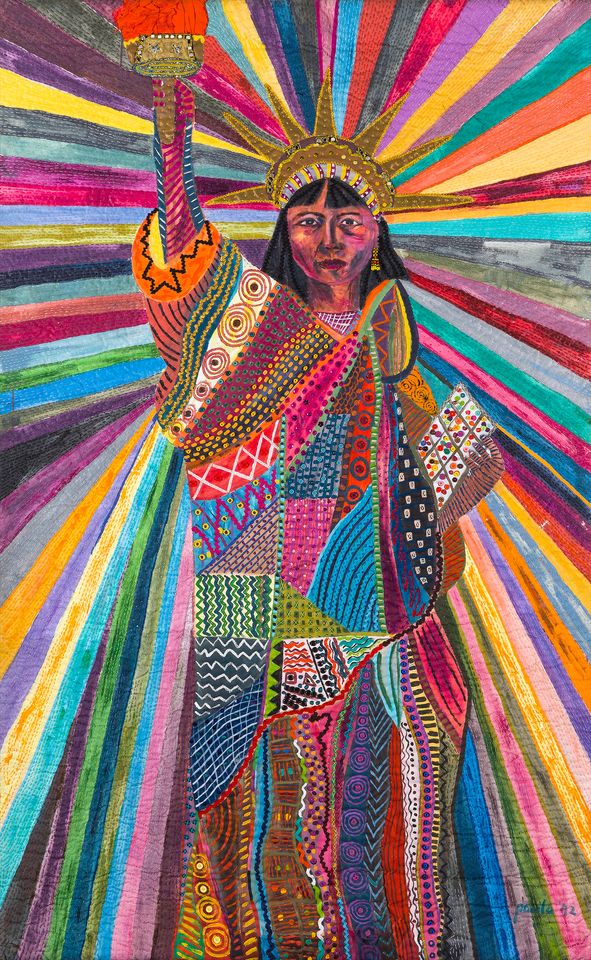 Frieze London and Frieze Masters return to London’s Regent’s Park 3-6 October 2019, with a combined roster of around 290 exhibitors. With galleries from 36 countries—up from last year's 30—this year’s edition of Frieze London is its most international to date, while Frieze Masters brings in new curatorial insight from Laura Hoptman of New York’s the Drawing Center and Amin Jaffer of Antiques Roadshow renown as well as a former international director of Asian art at Christie’s and curator at London's V&A museum.

Director Victoria Siddall says she is excited to bring the “most globally diverse edition of Frieze London to date” at a moment when Britain faces down its Brexit reckoning. Among the roughly 160 participating galleries, the largest growth comes from South-East Asia, where the numbers have doubled, including first-time exhibitors STPI-Creative Workshop & Gallery (Singapore), Gallery Baton (Seoul) and Chi Wen (Taipei). Latin America is another area which has seen a “notable uplift”, according to Siddall, with the addition of several new galleries including the venerable São Paulo gallery Nara Roesler.

Replacing the female-focused Social Work section of last year is Woven, which will focus on contemporary textile practices that incorporate traditional craft techniques. Featuring eight artists including Pacita Abad, Monika Correa, Chitra Ganesh and José Leonilson, the curated section is brainchild of Cosmin Costinas, the executive director and curator at Para Site in Hong Kong who “wanted to use this platform to articulate the importance of textiles as a visible marker in the legacies of power structures,” Siddall says, “in particular colonialism.”

Of the 135 exhibitors lined up for Frieze Masters, many heavyweights return including Gagosian, Marlborough, Colnaghi and Sycomore Ancient Art alongside newcomers like Lisson and Trinity Fine Art. Hoptman will oversee the fair’s Spotlight section, which features solo presentations by ground-breaking artists of the 20th century. Meanwhile Amin Jaffer curates the Collections section this year. Marking the first time a former auction house head has been brought into curate a section, Siddall says Jaffer is “recognised as an authority in his field and as a curator” and that his specialist knowledge on Asian Art will be a highlight of the 2019 edition of the fair.