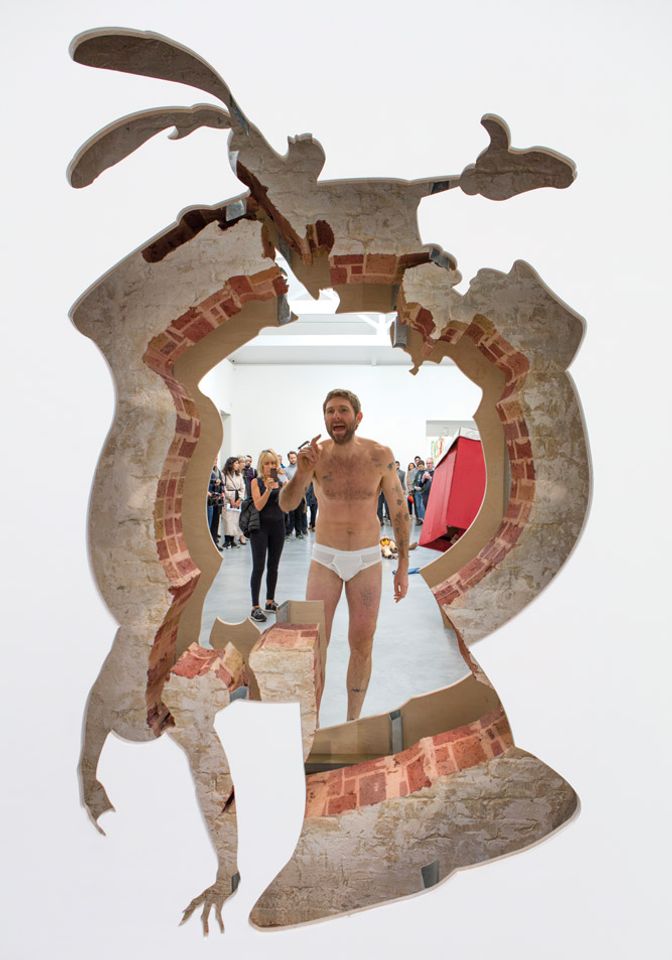 How does Dan Colen get his whites so white? Dan Colen and Victor Mara Ltd

Dan Colen stopped traffic yesterday as he gave unsuspecting Londoners a riotous rendition of his performance Livin and Dyin. The US artist paraded from Parliament Square across the Thames to his solo show at Damien Hirst’s Newport Street Gallery, all the while delivering a loud tirade of clichés and aphorisms. He was joined by a trio dressed as Wile E. Coyote, Roger Rabbit and Kool-Aid Man, each with crazy antics to match their cartoon personae. The motley crew’s procession culminated in the gallery’s last room, where Colen courageously stripped off before his naked doppelganger sculpture. Pre-empting any unfavourable comparisons between art and life, he promptly exited the premises, shouting: “The end! How did I ever get into this line of work?” 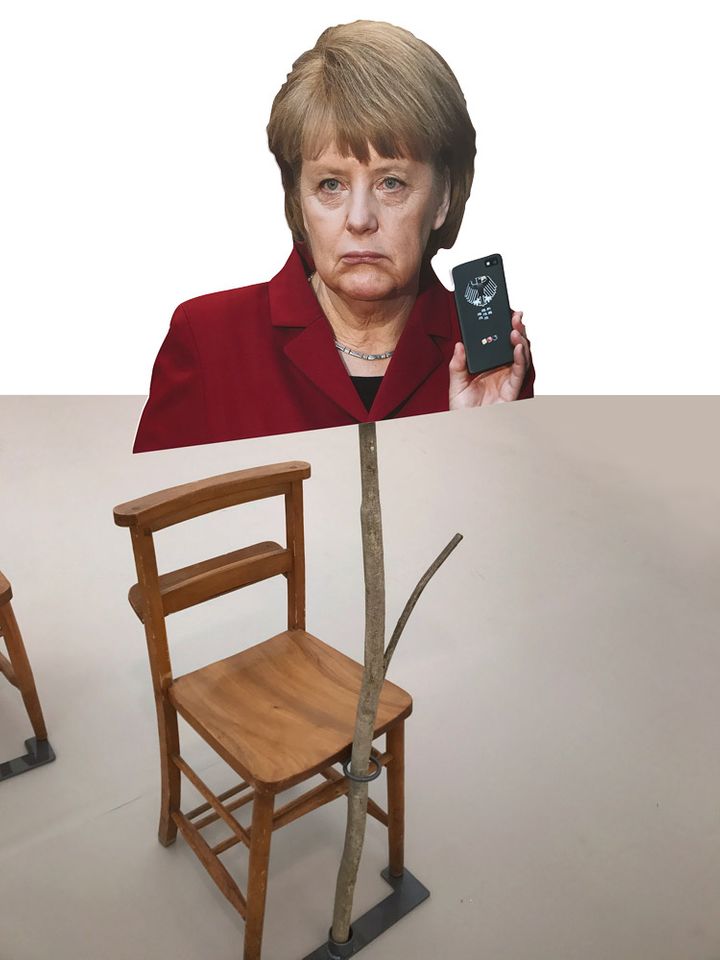 Like she’s in the room: Goshka Macuga’s tribute to Merkel Gareth Harris

Fresh from her election victory, the “leader of the free world” is making her presence felt at Frieze London—and German visitors are lapping it up. Angela Merkel, the German chancellor, has popped up on Andrew Kreps’s stand in a cut-out form created by the Polish artist Goshka Macuga. Despite Merkel’s glum expression, “the Germans are going crazy for her”, says a spokeswoman for the gallery. The work, known as Preparatory Notes, was first shown at the Berlin Biennale in 2014 and was inspired by the art historian Aby Warburg’s unpublished 1896 play Hamburg Conversations on Art: Hamburg Comedy. Roll up, roll up, for a top selfie prop. 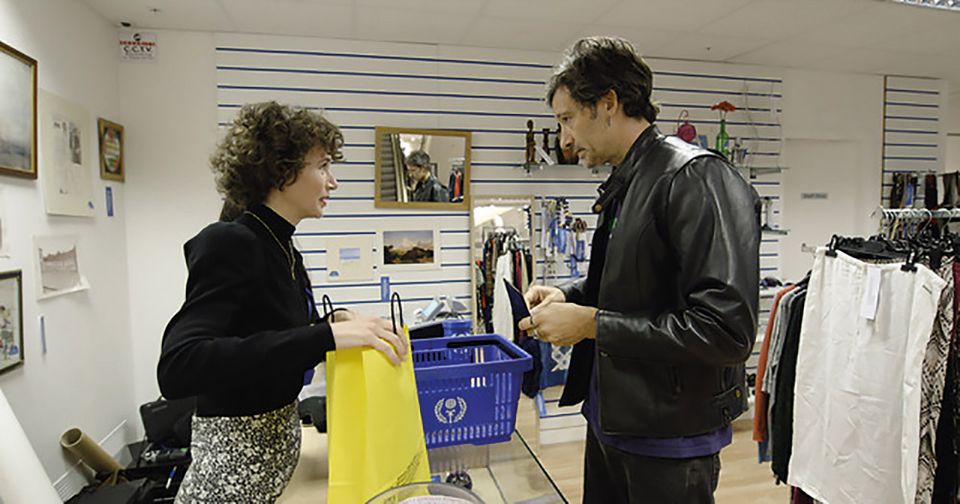 The Seth Price is right: Miranda July with another happy customer Hugo Glendinning

Located among the designer togs on the third floor of Selfridges, Miranda July’s multifaith charity shop has been a huge hit with art-worlders and the general public alike. Not only does this Artangel project-cum-retail outlet benefit four different religious charities, its price points are the same as charity shops nationwide. During Frieze week, July extended a personal shopping service to a select group of fellow artists: Seth Price, Marcus Coates, Georgina Starr and Cornelia Parker. Her films of their encounters—which often seem to have as much to do with therapy as with retail—can be viewed exclusively here. 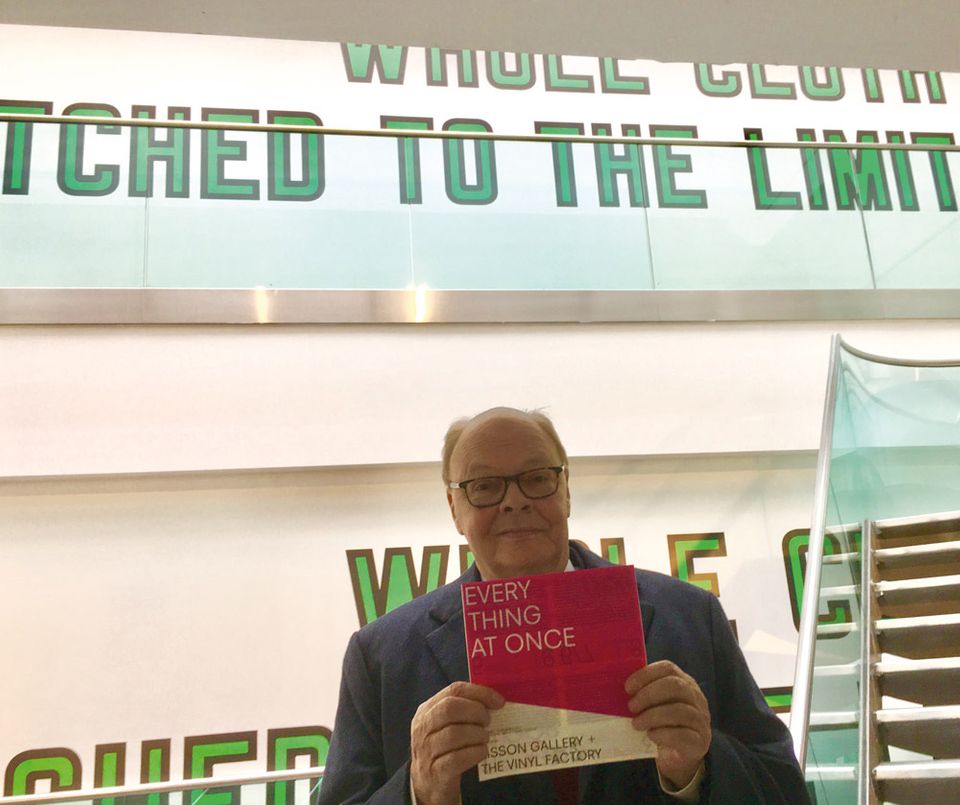 All hail Nicholas Logsdail, who is celebrating half a century of Lisson Gallery, which he founded as an art student in 1967. Its 50th anniversary exhibition, Everything At Once (named after a quote by John Cage), which opened yesterday, fills three floors of the cavernous Store Studios on the Strand with old and new works by 24 of the 150 or so art titans who have shown in the gallery over the years. There is also a hefty tome that, in true Lisson style, puts the artists first by listing them alphabetically, rather than as part of a gallery timeline. Despite Lisson’s enduring success, Logsdail admits that he feels “a bit strange” about the unfolding festivities, declaring: “I still don’t know what a gallerist is. I’ve put on more than five hundred exhibitions, so I suppose I must be an exhibitionist.” 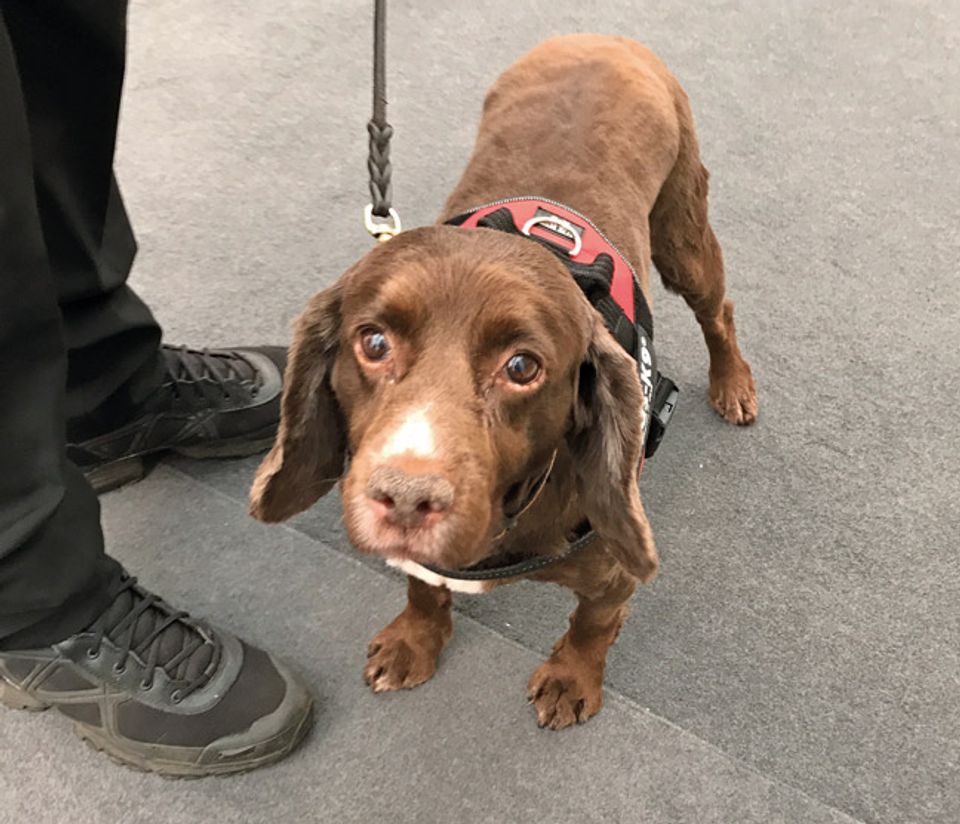 We tried and we tried, but Daisy was keeping her opinions on the art to herself Gareth Harris

There are plenty of adorable pooches trotting around Frieze London this year. But these endearing mutts are not just at the fair to be petted and pampered; they are special assistance dogs trained to sniff out explosives. We were particularly taken with Daisy, who sheepishly agreed to be snapped for this page. We salute you, Daisy; thanks for looking after us.