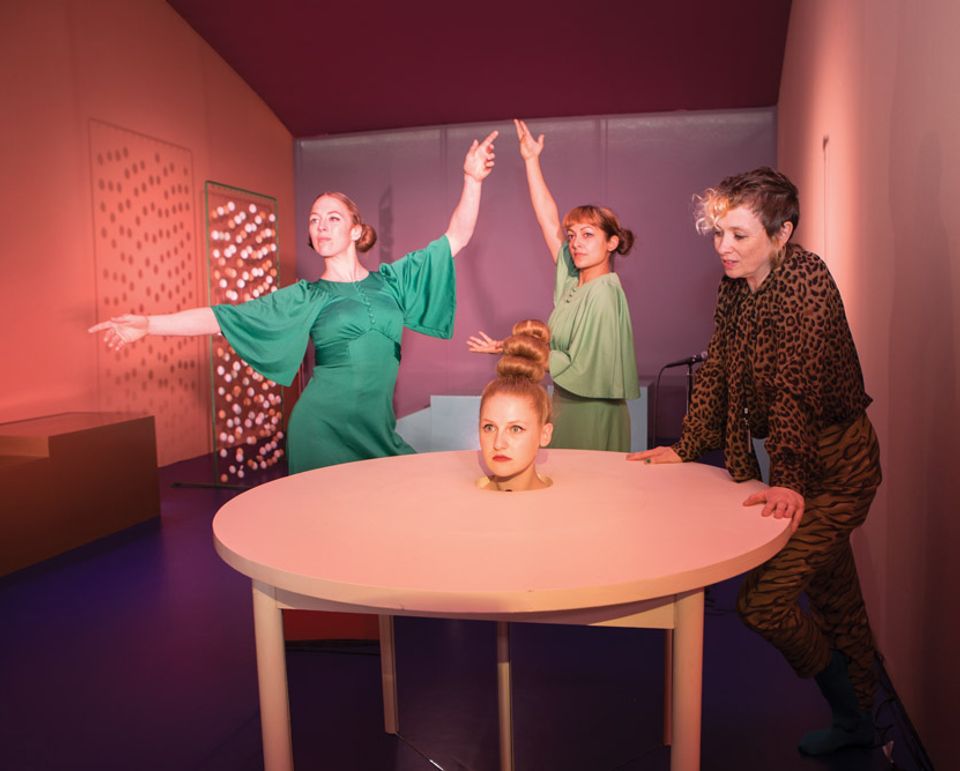 Georgina Starr’s Frieze Project, Androgynous Egg, transports visitors from the fair’s glaring lights and grids of stands into a brilliantly coloured parallel universe, populated by a troupe of sopranos, acrobats and gymnasts, plus a singing decapitated head on a table. Props include a rack of dangling eggs and a vat of bubblegum-pink slime. Starr was originally invited to read from her first—still unpublished—novel, but the format was too basic for an artist known for her performative extravaganzas. Instead, she has turned the book’s prologue, which revolves around five female Surrealists, into another piece altogether. “I didn’t want it to be a literal reading,” she says, describing the work as “less about spoken language and more about noises, movement, gesture and women communicating; it’s a psychotic concave mirror”. And the head on a table? “She’s the mother of the whole piece; she gives the instructions,” Starr says. “I’m not in the work; I’ve given her my role.” 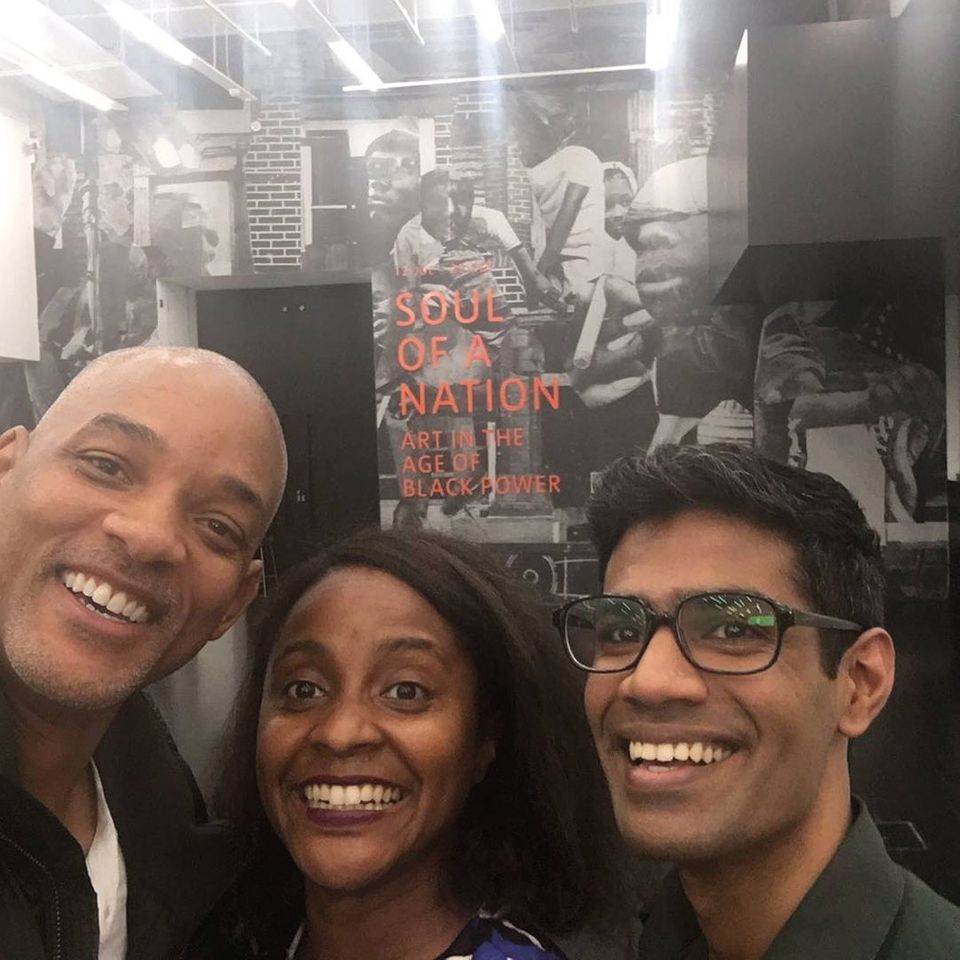 Soul of a Nation: Art in the Age of Black Power at Tate Modern (until 22 October) seems to be the stars’ exhibition of choice, judging by the Instagram feed of its co-curator, Mark Godfrey. The singer John Legend and the comedian Chris Rock have both popped in to see the show of works made by more than 60 black artists at the height of the US’s civil-rights era. Legend, whose song Glory in the film Selma was inspired by the 1965 marches, tweeted that the survey is “beautiful” (he took a particular shine to pieces by Barkley L. Hendricks), while funnyman Rock was keen on Joe Overstreet’s We Came from There to Get Here (1970). Will Smith, who played Muhammad Ali in a 2001 film, also visited and deemed it a knock-out show. 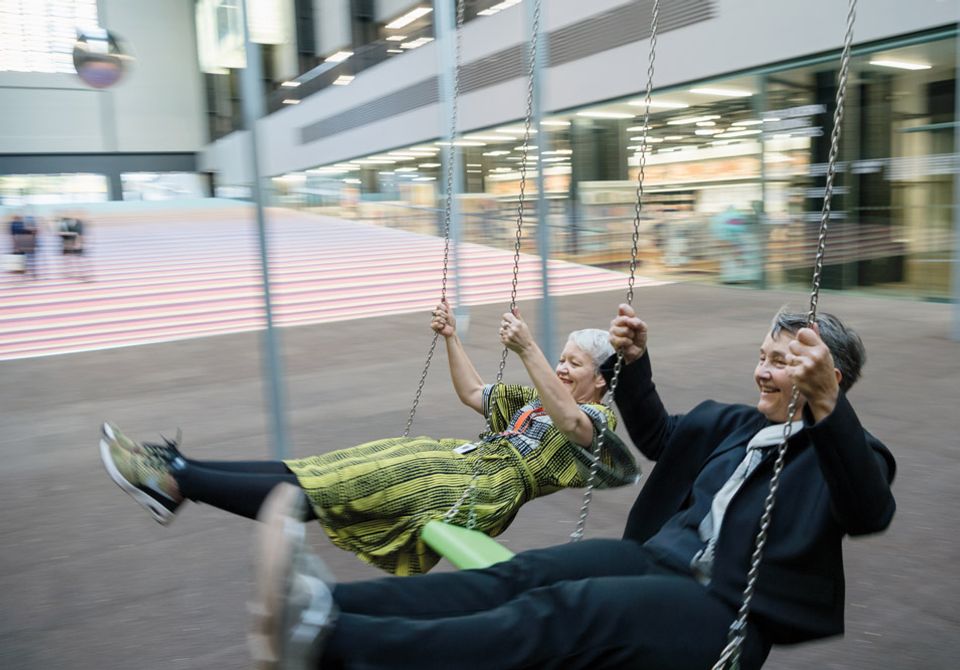 The swing’s the thing

Move over, Fragonard. The directors of the Tate and Tate Modern, Maria Balshaw and Frances Morris, were spotted trying out one of the three-seater swings installed by the Danish collective Superflex in Tate Modern’s Turbine Hall this week. The dozens of swings that make up One Two Three Swing! not only turn the space into a giant playground, but also extend into the public spaces outside the building—described by the artists as “an assembly line for collective movement”. The less energetic reclined on a sloping expanse of carpet striped in colours inspired by UK banknotes and lay beneath a large mirrored ball swinging hypnotically from the ceiling. Might this money-minded zone be an apt location for the Tate’s bigwigs to convene their next patrons’ meeting? 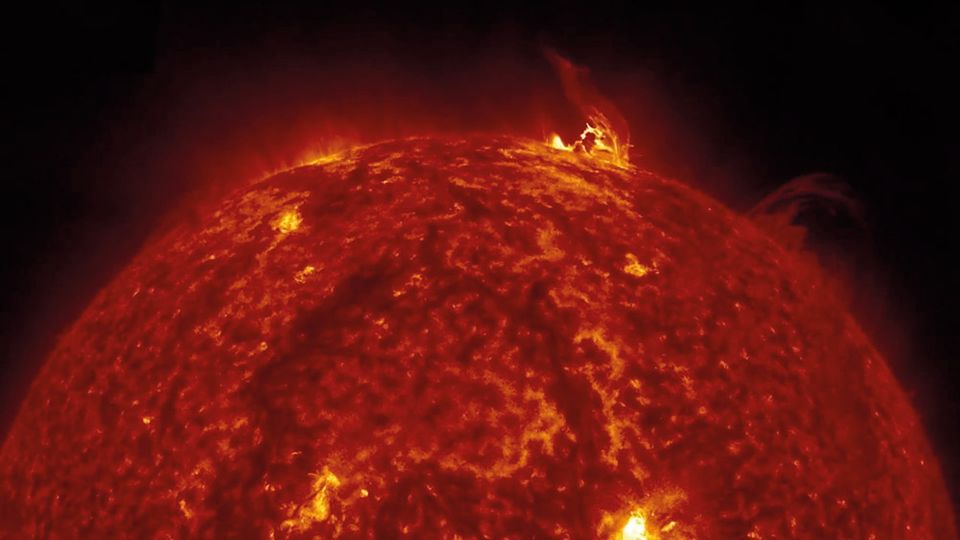 Is anyone more plugged into contemporary America than Arthur Jafa? A hidden gem this week is the artist’s 2016 film Love is The Message, The Message is Death at Store Studios on the Strand, presented in the UK by Store X The Vinyl Factory Commissions and the Serpentine Galleries. The “seven-minute collage probing the relationship between mainstream media and African-American identity” is set to a soundtrack of Kanye West’s Ultralight Beam. Beyoncé makes an appearance in a trendy Kale sweatshirt, while Drake performs on stage, followed by footage of Malcolm X. Jafa says that he feels “like a plumber, in the way everything connects together”. Not your average plumber, then. 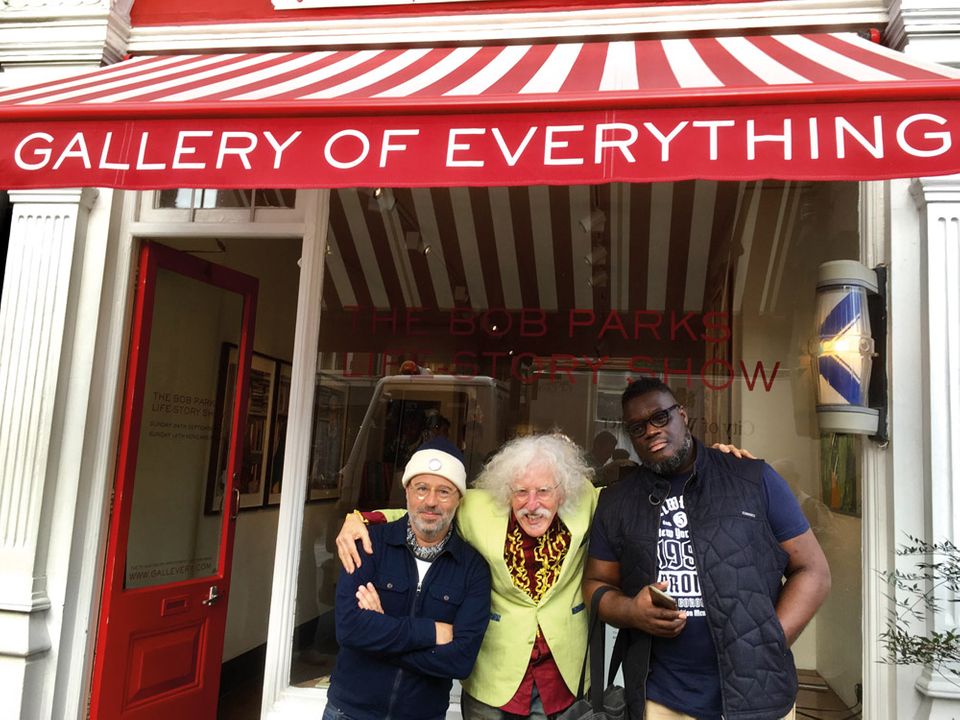 The gospel according to Bob Parks

The stirring sound of a gospel choir rang through the streets of Marylebone last night as singers from the Church of God in Christ accompanied the opening of Bob Parks’s first one-man show in the UK, at the Museum of Everything. The unconventional performance artist (one of his alter-egos plays a fife and wears nothing but a yogic thong) is also a member of the Pentecostal church’s Tottenham branch and embraces gospel music for the same inclusivity that he seeks in art. Joining the throng was Parks’s friend and fellow churchgoer Nicky Brown, a producer for the likes of Madonna and Boy George. Parks’s quest to merge art and life continues at the gallery all week: every day between 2pm and 6pm, visitors can book one-to-one encounters with the artist, during which he will draw their portraits and talk to them about “whatever they want”. We’ll have to wait to see if he’ll be wearing his thong.