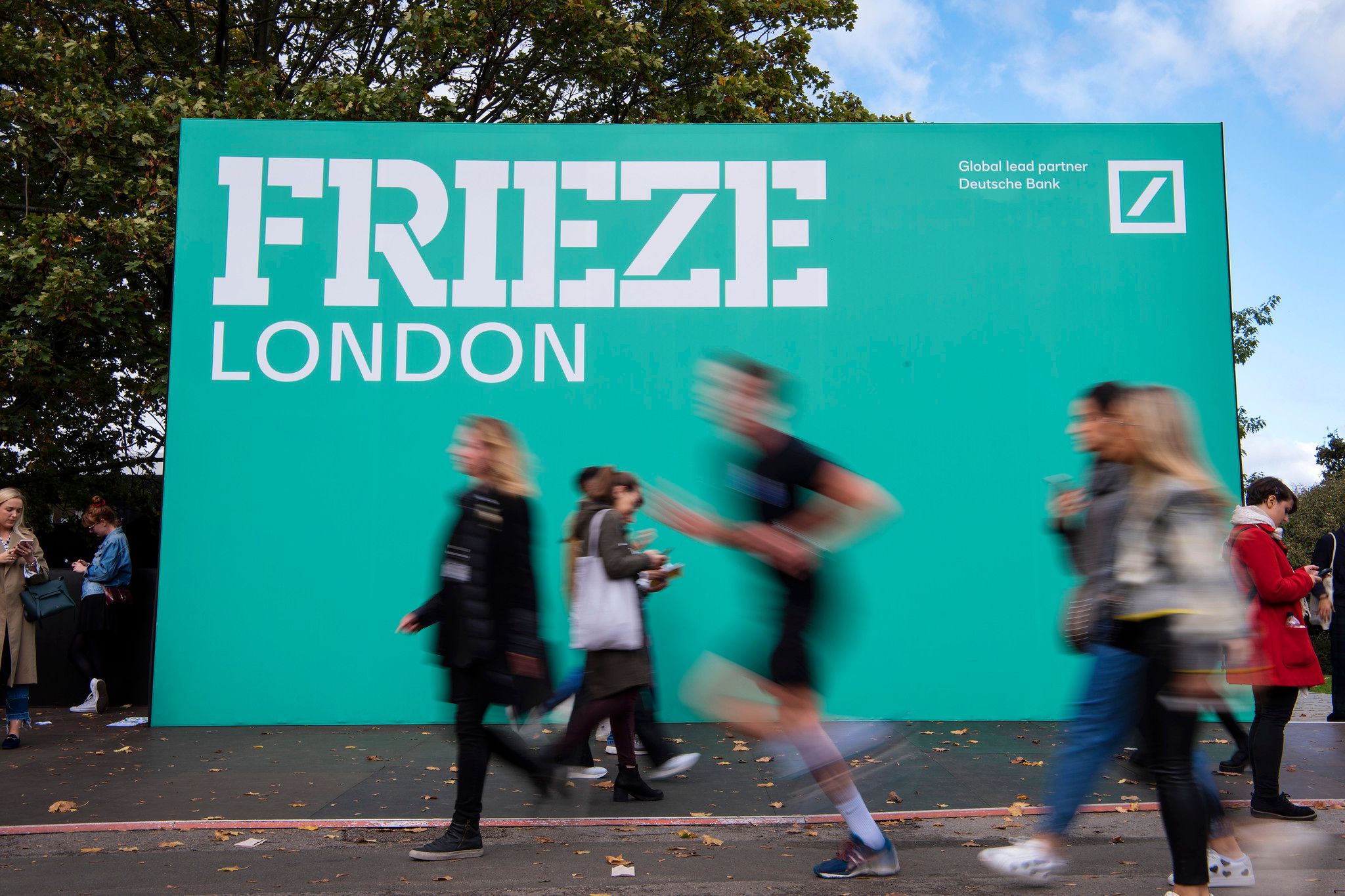 Frieze London and Frieze Masters 2020 have been cancelled Photo by Linda Nylind. Courtesy of Linda Nylind/Frieze

The directors of Frieze today announced they are cancelling both London art fairs this October due to “considerable logistical challenges regarding coronavirus”, including restrictions on travel and large-scale events in the UK.

The British government is understood to have provided little clarity on whether large-scale events will be able to go ahead in the autumn. As Bona Montagu, the director of Skarstedt gallery says: “Sadly, because there is no government advice on large gatherings it's impossible for Frieze to push ahead and responsibly ask galleries to commit funds to an event that might not happen.” She believes it is “the responsible decision” for Frieze to take.

As has become customary during coronavirus, the fair will exist in a digital capacity. There are plans to roll out a revamped version of its online viewing rooms when the fairs were due to take place between 8 and 11 October. All 160 dealers that had been due to participate in Frieze London and Frieze Masters will be offered virtual spaces to show and sell work.

The organisers say: “While we will not be together in person at the fairs this year we look forward to continued collaboration and community-building online… We will be in touch again very soon to detail the opportunities for your participation in the online fair.”

The fair’s directors also say they still plan to celebrate Frieze week—“a cornerstone of the cultural calendar which brings an unparalleled energy to the great galleries and institutions in this city”—although what shape that might take is far from clear. Collaboration is likely to be key; more than 100 dealers are now part of the London Gallery Forum WhatsApp group, established in March as spaces were forced to close and dealers grappled with rent and other issues.

Montagu says: “My understanding is that Frieze will still be doing everything to support the exhibitions and initiatives that take place that week. I hope it will still remain a great art week for London.”

Dealers say they expect it will largely be London collectors who will visit the galleries during Frieze week. Will Jarvis, the co-founder of Sunday Painter, notes there is “a real hunger from collectors, there’s a need for human connection”. He adds: “If we have four engaged collectors who want to buy work then [doing something during Frieze week] would be a worthwhile endeavour. It’s about being really focused. You can do specific viewings for them."

While such an initiative may help support the galleries, there remains little in it financially for Frieze. The cancellation no doubt deals a blow to the fair's budget, although Frieze is understood to be covered in part by its insurance policy.

As for the longer-term prognosis, it is still not clear whether non-public organisations including galleries and art fairs will be eligible to apply for the £1.57bn cultural bailout announced by chancellor Rishi Sunak last week.

A spokeswoman for the Department for Culture, Media and Sport tells The Art Newspaper “detailed eligibility criteria will be set out in the coming weeks”.

about 10 hours ago
As a Sotheby’s auction looms, scholars protest against Newark Museum of Art’s plan to sell a Thomas Cole painting and other works