Frieze Frame: Welcome to our kunstkammer

When Frieze Masters pitches its elegant tent, a corner of Regent’s Park becomes a temporary kunstkammer. Here are six rare and intriguing works—and the stories behind them—in our very own cabinet for the curious

This 18th-century French mannequin, on offer with Kunstkammer Georg Laue, is made of wood, iron, bronze, leather and cork. A similar mannequin, once owned by the French artist Louis-François Roubiliac and now in the collection of the Museum of London, was shown in the recent exhibition on artists’ mannequins organised by the Fitzwilliam Museum in Cambridge. 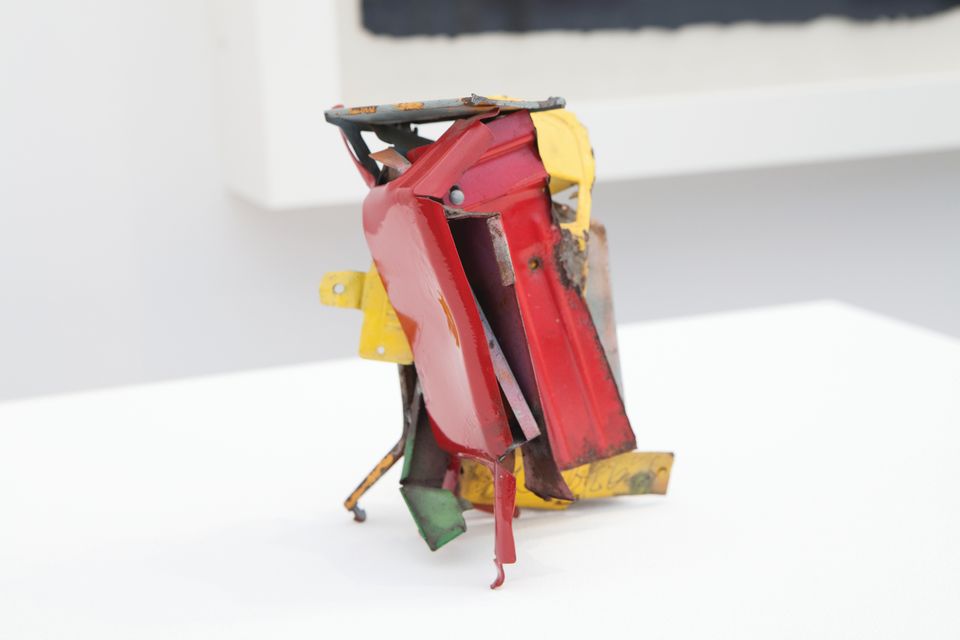 When John Chamberlain wasn’t twisting crushed car parts to create his large-scale sculptures, he was creating smaller works like this one, made by welding together pieces of Tonka toy trucks and cars. The US artist began to create the series, which he affectionately called Tonks, in the 1980s. Anthony Meier Fine Arts has priced this work, which is arguably easier to ship than Chamberlain’s monumental car sculptures, at $235,000. 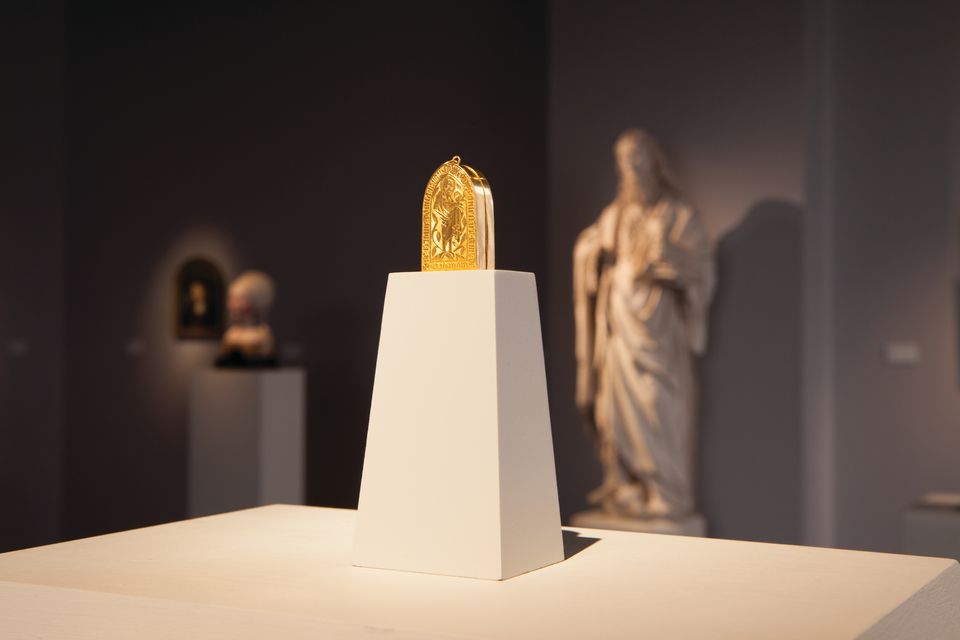 St John the Baptist is a recurring theme on the stand of the London-based dealer Sam Fogg. As well as stone sculptures of the saint, the gallery is offering a beautiful gold 14th-century reliquary containing one of his teeth. The relic-loving King Louis IX of France gave the tooth to the crusading nobleman Guy de Montfort, whose descendants made the reliquary. The Art Institute of Chicago has another of the saint’s teeth, preserved in a Gothic-style reliquary. 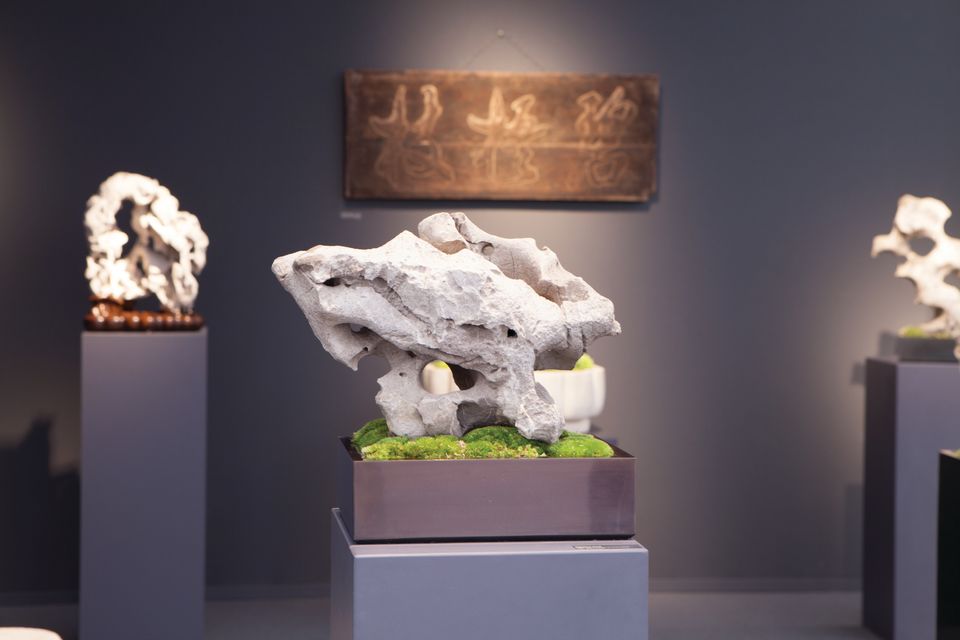 Although the Chinese have collected scholar’s rocks for around 2,000 years, “they were collected in a very crazy way from the tenth century”, says the London-based dealer Marcus Flacks. Early writings indicate that people dived to depths of up to 30 metres in search of the perfect rock; naturally shaped by flowing water, they were used as objects of contemplation by poets and artists. This example, made of Taihu stone—a type of limestone found around Lake Tai, in China’s Jiangsu province—is priced at £18,000. 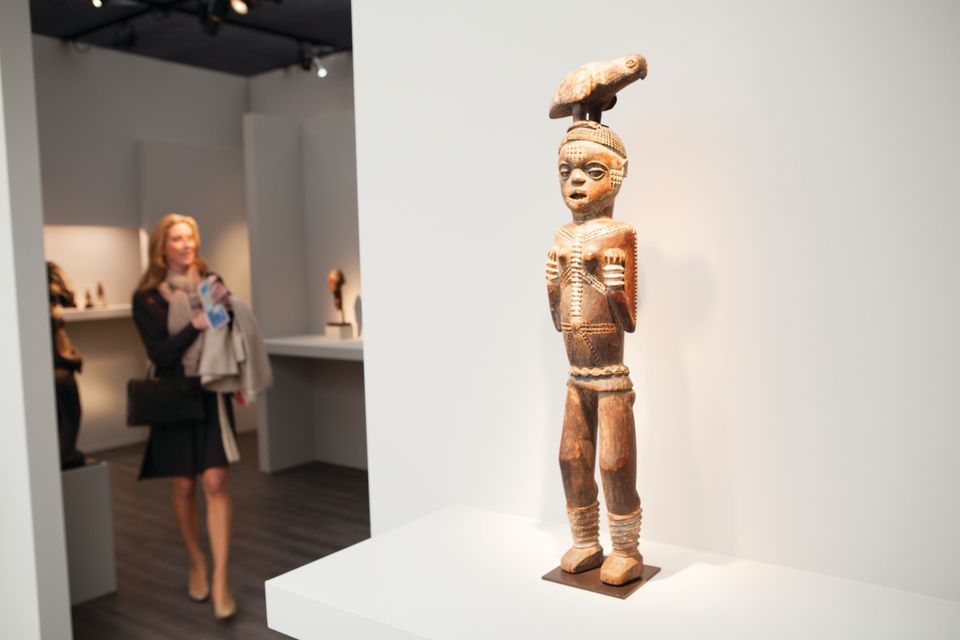 This piece used to be in the collection of the late French-born, American artist Arman. Evidence of its illustrious former owner, in the form of paint marks, can be seen on this rare female ancestral figure, made by the Kuyu people of the Congo River Basin. There are only ten to 13 examples like this, says Marie Duarte-Gogat of Paris’s Galerie Bernard Dulon. The work is priced at £180,000. 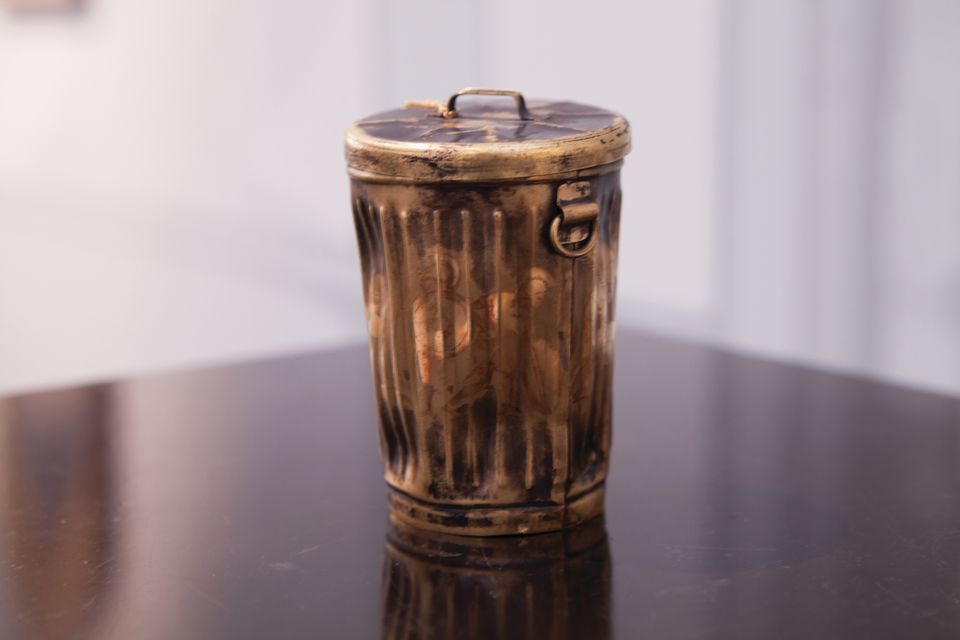 James Rosenquist’s outrage over the controversial sale of works from the collection of the Metropolitan Museum of Art, New York, to buy the sixth-century-BC Euphronios krater—and his friend’s drug-fuelled dream about Greek drawings etched on a rubbish bin—led the US artist to create this series of miniature 18-carat gold trash cans etched with scenes from the Trojan War. “It is a wonderful thing… I have three at home in my private collection,” says the art dealer Richard Feigen, who is asking $75,000 for the piece.