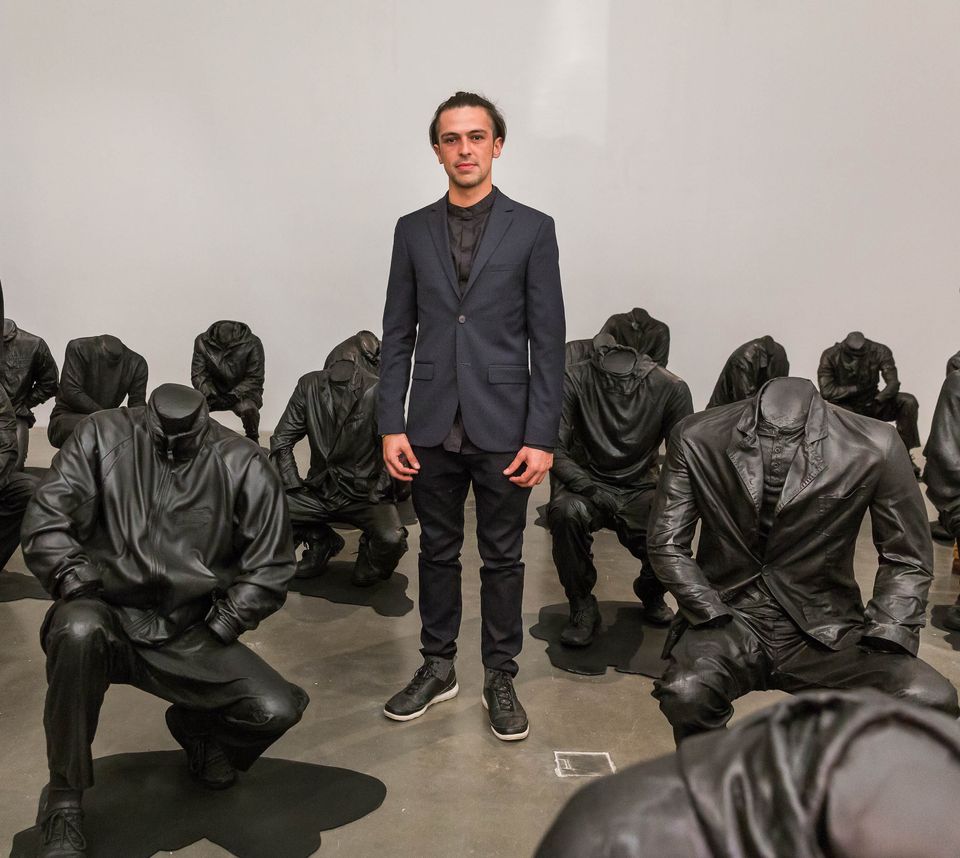 The South African artist Haroon Gunn-Salie’s sculpture on show in Regent’s Park in London, which commemorates the Marikana massacre of 2012, gains extra resonance today on the sixth anniversary of the tragedy. The entire work, on show as part of Frieze Sculpture (until 7 October), was installed earlier this week: 17 headless, kneeling bronze-cast figures make up the piece entitled Senzenina (2018). “There was a production delay which meant the work was only fully installed yesterday,” says a spokeswoman for Johannesburg-based Goodman Gallery which represents Gunn-Salie.

Senzenina memorialises the 34 miners killed on 16 August 2012. The miners had gathered on a small hill known as Marikana, at the LonMin mine near Pretoria, where they were striking for a wage equivalent to £700 per month. South African police opened fire on the protestors; 78 miners were also seriously injured. The work depicts the protesting miners crouched on the floor moments before being shot. 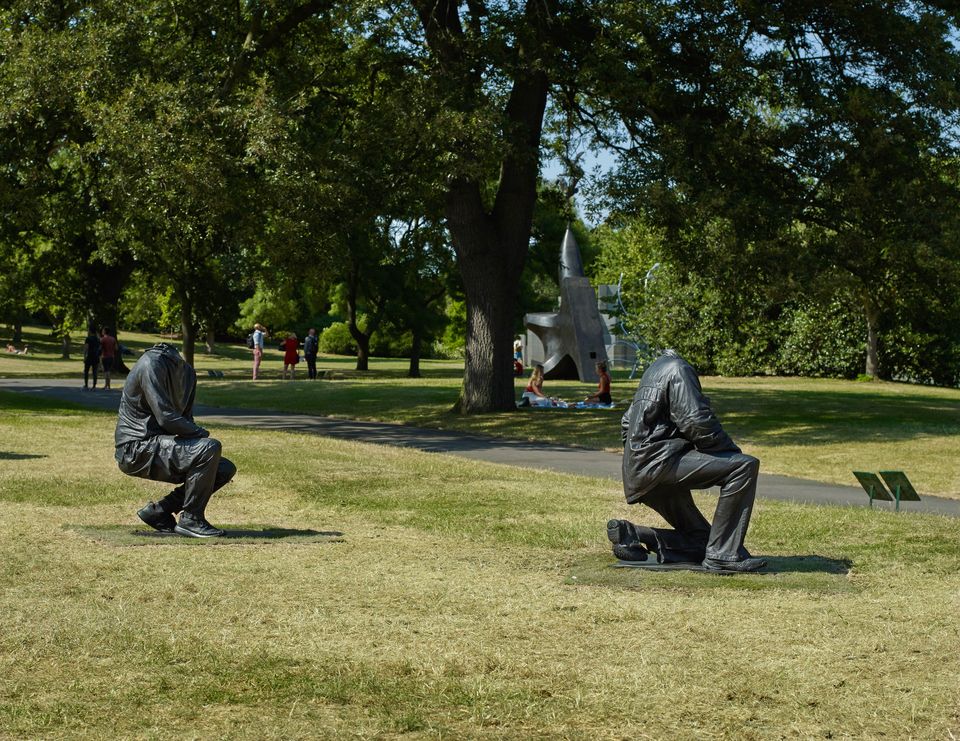 “I think it’s less to do with the work’s importance than with the relevance of the story, and the lessons that can collectively be drawn from the Marikana massacre. The intention of the work is to manifest this story into a physical form, a visual and experiential language, that can be appreciated and resonates globally,” Gunn-Salie says.

He hopes that the presentation of Senzenina in Regent’s Park has a “deeper resonance” because the Marikana platinum mine operator, LonMin, is based in London. “The gesture speaks volumes to the British and international audience that it will reach, showing multinational complicity and the continuation of neocolonial bonds that remain entrenched,” he says.

There are four editions of the work; two editions in M1 resin are priced at $150,000, while two editions in bronze are priced at $275,000. “As a social activist and a sculptor, showing his work in public settings is central to Gunn-Salie’s practice,” says a gallery spokeswoman. Senzenina was shown earlier this year at the New Museum in New York.