Hard, soft or no-deal: how the UK art market is preparing for Brexit

Costs, paperwork and shipping delays are among gallery concerns, but experts say there are solutions 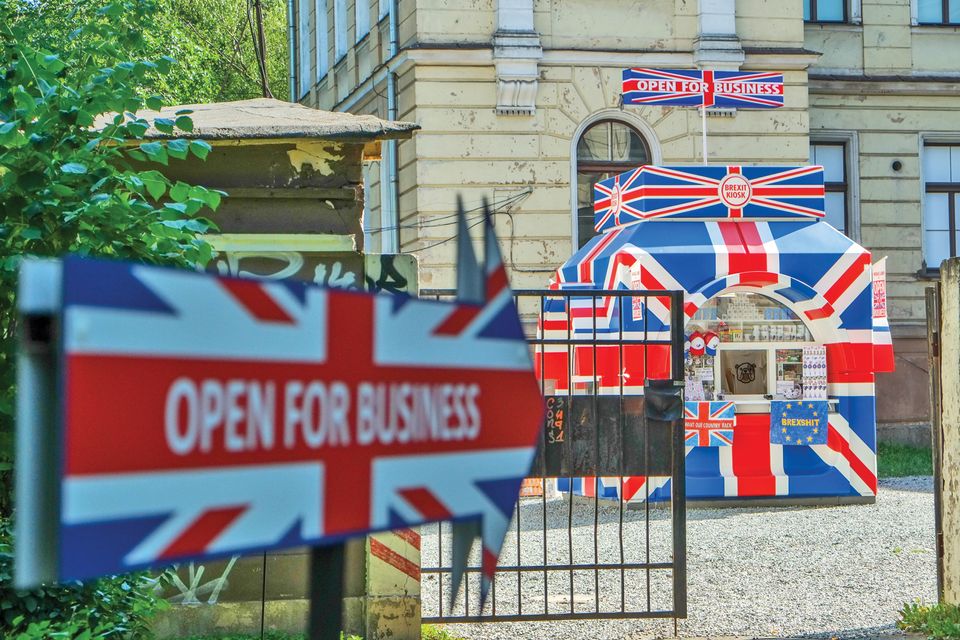 Much debate continues to fill the opinion columns on the likely impact of Brexit, with the possibility of a no-deal dominating current discussions and unnerving businesses. As with other markets, the UK and Europe’s art trade has been held in a state of prolonged uncertainty, an uncertainty now shifting to rising unease at the spectre of March’s looming deadline.

But, politics and panic aside, what practical issues will art market professionals face after 29 March 2019, whatever the outcome: hard, soft or no-deal? Costs, paperwork and potential shipping delays at borders are the three areas of most concern and uncertainty, along with the future of London’s art agents who have benefitted from the UK having the lowest import VAT rate in the EU.

Fine art and works of art—covered by harmonised customs codes 9701 to 9706—are currently zero rated for tariffs on EU imports and, therefore, are not subject to import tax. Under World Trade Organisation (WTO) rules, this means such imports from the UK should also not be subject to import tax after Brexit.

The MEP Daniel Dalton, the leading rapporteur in the debate over EU import licensing proposals for cultural property, has addressed the issue in his regular Brexit briefings. The WTO tariff Most Favoured Nation (MFN) rules state that a country has to apply the same import tariff on a particular good (fine art, for instance) to all countries, Dalton says. So if the EU continues to apply a zero rating to its other trade partners, like the US, it must also do so for the UK.

EU member states can ignore WTO rules on this, but only if they negotiate with the countries affected (in this case, the UK) and that could result in compensation for trading partners’s loss of trade. Therefore, the EU might well have to pay an economic price for any ‘political’ punishment using tariffs. Due to the costly consequences, this seems unlikely to happen.

London is home to numerous art agents (dealers or brokers working on commission) who have been using the advantage of the UK having the lowest import VAT rate in the EU (5%) to trade on the margin with clients across Europe in recent years.

To avoid these costs, the collector employs a London agent or dealer to buy the picture on their behalf. The agent ships it to London (and thereby into the EU) at an import VAT rate of 5%. Other taxes and costs are minimal compared to Spain, so might add around another $1,000-$2,000. The agent ships the painting to Spain, say at a cost of another $1000. With the total cost of the painting now around $108,000, if the agent charges a fee of $10,000, the collector is still up $12,000 on the deal by using the agent instead of buying direct.

That advantage has slowly been slipping away over the past 18 months or so as other EU countries, particularly France and Spain, have reduced their import VAT rates to be more competitive. Such dealers and brokers acting as agents, therefore, may be tempted to move to Brussels (where there is a reduced import VAT rate of 6%) or Paris (import rate of 5.5%) following Brexit.

Export licence duties among EU member states can also render exporting to a non-EU country uneconomic. Spain, for example, levies a rate of 33%.

Instead of waiting for politicians to establish a strategy, some firms are taking things into their own hands. Instead of trying to second-guess what deal might be done between the UK and the EU, the art logistics company Gander & White has been putting solutions in place for the past two years.

“Our biggest concern is what will happen at the ports in terms of delays and security,” says the operational director, Victor Khureya, “so what we have done is bring the border post to our warehouse, instead of waiting to process everything in the ports themselves. This means we have authorisation from customs to drive past all the main entry points, which will be very gridlocked if a hard Brexit goes ahead.”

Oliver Howell, the managing director, adds: “The only real concern for dealers and collectors shipping goods will be the additional costs associated with raising and discharging customs transit documents (or T Forms) and guarantees if there is a hard Brexit, as these may have to be applied to every individual shipment.” 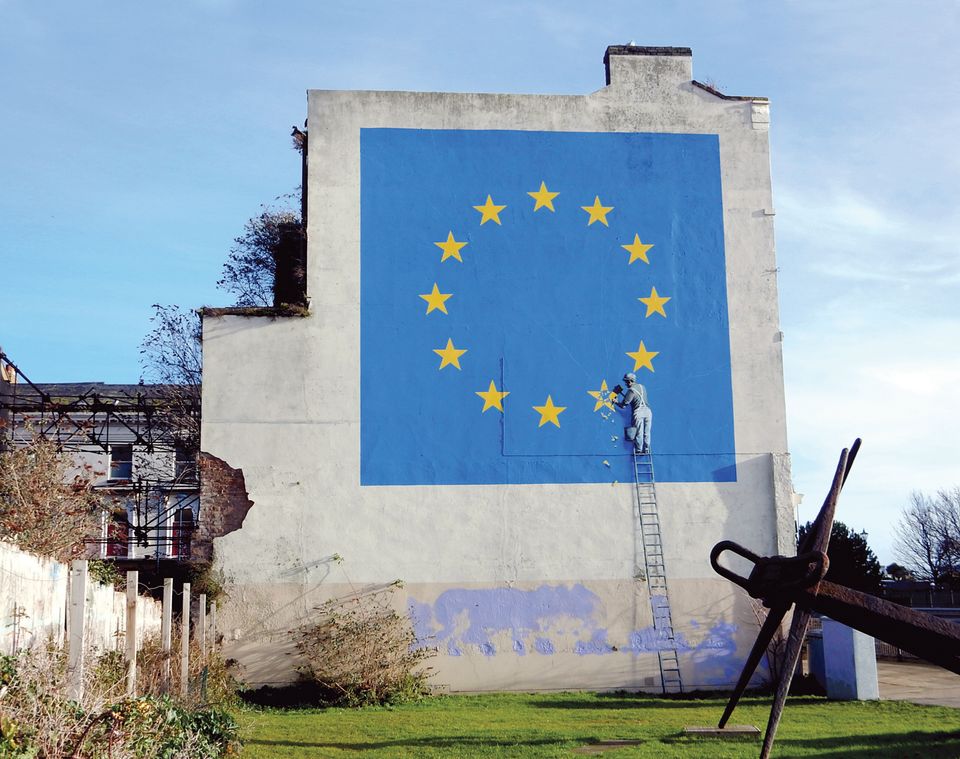 Craig Davies, a partner, and Catherine Thompson, a director, at the chartered accountants Rawlinson Hunter, have been advising the art market on Brexit and tax. They highlight the following issues to consider in the event of no deal. Obligations vary between those who export to and import from the EU and those who conduct sales within the EU itself.

• Art imports from the EU to the UK will be treated in the same way as works imported from other countries, with import declarations, customs checks and customs duties. However, instead of having to pay import VAT immediately, UK galleries will be able to delay paying for VAT on all imports, whether from the EU or not, until completing their VAT returns in the usual way, every three months in arrears.

• No VAT will apply to art exported from the UK to the EU, but it might be subject to EU import VAT. In addition, UK galleries will no longer have to complete EC sales lists when exporting works of art; these anti-fraud measures require EU companies to provide details of sales or transfers of goods to VAT-registered companies in other EU countries. However, galleries will still have to retain evidence confirming a work physically left the UK.

• As well as taking EU import VAT into account, British galleries conducting sales within the EU must also account for import VAT rules, while all UK galleries with EU suppliers or clients will have to register for an Economic Operator Registration and Identification (EORI) number for customs purposes. They will also have to ensure that contracts comply with international terms and conditions (so-called Incoterms).

• The UK will continue to follow Supply of Services rules, which are intended to maintain a level playing field for businesses supplying services across the EU. The ‘place of supply rules’ determine which countries’ VAT rules should be considered when selling a work of art.

This is complex stuff, so unsurprisingly many galleries are still perplexed. Uncertainty is the chief concern of some of the many European galleries who have bases in London. “Without clarity on many of the most crucial points, such as VAT and import/export regulations and tariffs, it has been very difficult for us and, I imagine, many other galleries to come up with any definitive contingency plan,” says Ermanno Rivetti of Tornabuoni Arte, which has galleries in Florence, Milan and Paris alongside London. “If costs and logistics become more onerous then we would definitely consider moving.”

Luigi Mazzoleni, of the London- and Turin-based Mazzoleni gallery, says he “intends to keep the London gallery operational after the UK leaves the EU”. But, he adds, “a no-deal Brexit will create extreme uncertainty regarding import/export and logistics, and uncertainty cannot be helpful to business”.