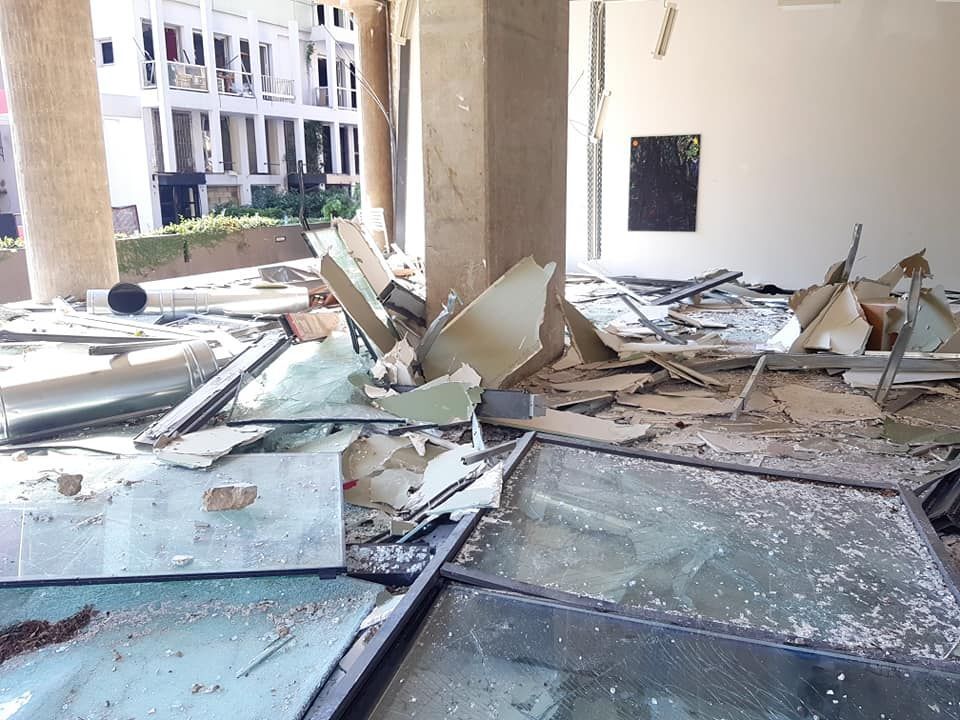 Gallerie Tanit was destroyed in the Beirut explosion, along with a newly inaugurated exhibition of paintings by the artist Abed Al Kadiri Courtesy of Abed Al Kadiri

The Brussel-based, non-profit organisation Mophradat, led by the Lebanese-born artist Walid Raad, is spearheading a fundraising initiative in aid of artists and arts organisations in Beirut following the explosions in the Lebanese capital last week, which claimed the lives of more than 200 people.

Raad is the president of Mophradat which, according to its website, “creates opportunities for artists from the Arab world”. In a joint open letter, Raad and Mophradat's director Mai Abu EIDahab say: “We set up this fund to gather resources for what’s to come as we know that our peers, colleagues and friends from all over the world are wanting to contribute.”

The funds will be distributed in “transparent and flexible ways, keeping in mind the collapsing financial and banking system in Lebanon”, the letter states. A spokeswoman for Mophradat adds: “We will direct 100% of the funds to arts individuals and institutions while keeping in the spirit of our mandate, to support artists and thinkers, feminists and queer people and initiatives, and provide tools to help sustain their practices rather than focus on individual projects.”

Mophradat will establish “priorities in the coming weeks as the situation, and landscape of support and needs, become clearer. We are in continuous contact with people on the ground from the art communities in Beirut who are assessing damages and collateral damages now,” she says. The organisation has also asked people to suggest specific arts initiatives or organisations that may need support following the explosion.

Palestine-born Reem Fadda, the director of the Abu Dhabi Cultural Foundation, sits on the Mophradat's board of trustees. She tells The Art Newspaper: “Many of us have long-standing ties to our artistic community in Beirut that is now suffering and is in need of our help and assistance. The effort [by Mophradat] will make sure that the institutions in dire need receive support.”

Other organisations seeking donations in the wake of the Beirut explosions include: the Lebanon Red Cross, the Lebanese food bank programme, Impact Lebanon, the Amel Association, Beit el Baraka, and World Vision UK.