Others, including the Italian artist Maurizio Cattelan, support Christoph Büchel’s proposal to turn the eight designs into national monuments 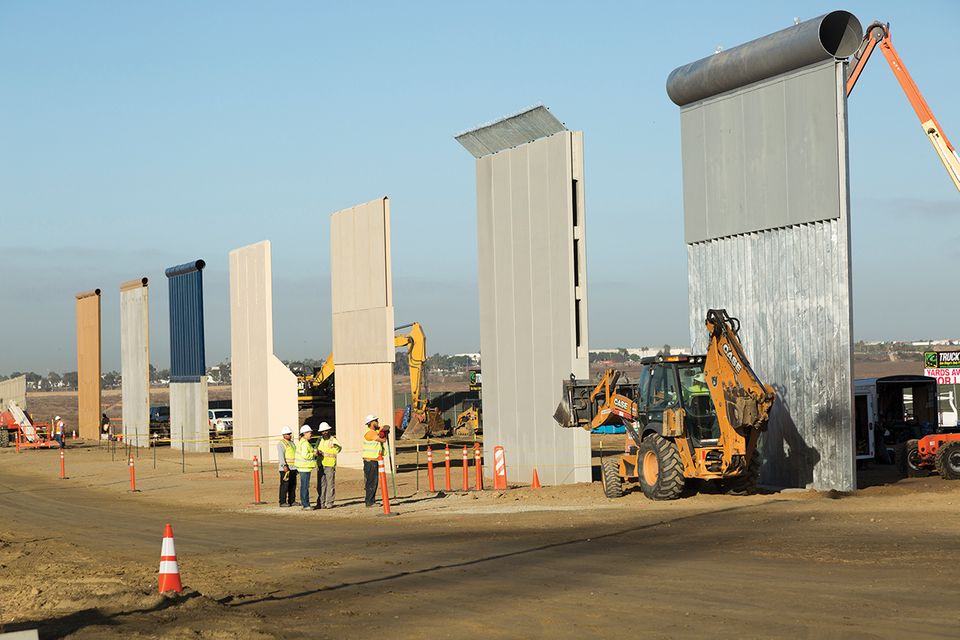 A fierce row has broken out over a campaign by the Swiss- Icelandic artist Christoph Büchel to have the prototypes for US President Donald Trump’s planned border wall designated as national monuments. More than 500 artists and cultural professionals signed an open letter last month condemning the scheme. However, other prominent figures support it. “I love the project and I think it’s a brilliant idea,” says the Italian artist Maurizio Cattelan in an email to The Art Newspaper, while the US artist Paul Pfeiffer has shared a Fox News video about the initiative on Twitter with the message to Büchel: “You rock! So good!”

Trump made innumerable promises to build a “big, beautiful, powerful wall” during his election campaign in 2016, and commissioned the eight prototypes in Southern California last year at a cost of $2.4m to $4m.

In December, Büchel started a non-profit organisation named M.A.G.A.—the same acronym used for Trump’s campaign slogan, “Make America Great Again”, but repurposed to signify “Make Art Great Again”—calling for these prototypes to be preserved, since they are of “significant cultural value [and] are historical land art”. He also posted a petition on the White House’s online platform We the People. The site was then taken down for maintenance, so Büchel created an independent website for the project and received more than 400 signatures in support of his plan. The artist also organised tours of the structures.

Last month, M.A.G.A. relaunched its petition on the We the People site. As we went to press, this new appeal had received only 40 signatures, far short of the 100,000 it needs by 8 March to prompt a response from the White House. It is unclear what will happen after that deadline passes.

Büchel and his gallery, Hauser & Wirth, declined to comment, but the art lawyer Sergio Muñoz Sarmiento, who serves as an adviser to M.A.G.A., told the television news show Fox & Friends First that the organisation’s mission is to question “what is art in our current situation” and “what is the role of a monument or a memorial”. Sarmiento said: “If you look at these prototypes, they’re really about potential. They’re quite stunning.” He added that one of the issues the campaign was aware of was that “much of the art being produced today, certainly in this country, is not of a controversial nature; it shies away from controversy. And I don’t think M.A.G.A. is afraid of that.” However, the project is not intended to be a political provocation, Büchel told the New York Times. “In fact, M.A.G.A. doesn’t take a position,” he said.

On 6 February, the same day as Büchel relaunched his petition, an open letter with more than 500 signatories, condemning the prototypes as “xenophobic and white supremacist”, was released. “I have no problem with anything being considered art, if that is the intent. Debate is a fundamental function of art in public, and this process, not the artist, ultimately determines the meaning of a public work of art,” says the Los Angeles-based sculptor Oscar Tuazon, who is one of the signatories, along with the actor-turned-performance-artist Shia LaBeouf.

“What I object to is the cynical use of the National Landmark designation process to preserve a blatant symbol of racism. Landmark designation is more than a purely symbolic value; like the border itself, it is an abstraction with very real consequences and attendant responsibilities for all of us,” he says. “So, I reject the proposal first as a citizen, just as I object to the very idea of a border wall.”