Gallery brought in outside counsel to investigate claims against the senior New York-based digital-focused director, who was suspended without pay last month 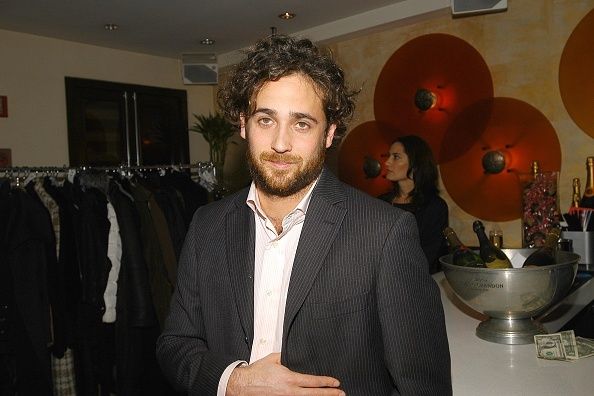 Sam Orlofsky had been at Gagosian gallery since 2001 © Getty

Gagosian gallery has terminated the employment of New York-based director Sam Orlofsky following an investigation into allegations of misconduct, primarily against women, according to Artnews.

Orlofsky had been at the mega-gallery nearly 20 years, having joined in 2001, and played a key role in its all-important digital strategy, spearheading its (then unusual) online viewing rooms in 2018. In May, Orlofsky spoke to The Art Newspaper about the gallery's quick digital conversion during Covid-19, which included such initiatives as the Artist Spotlight series, focused on one contemporary artist a week and offers one of their new works online for 48 hours.

With so much riding on online sales, now is not a good time to lose a digital director.

But on 19 October, allegations against Orlofsky started to emerge on social media after the Instagram account Jerry Gogosian (no relation to Gagosian gallery) made a post encouraging people to come forward: "Have you ever been verbally or sexually assaulted by Sam Orlofsky while working at Gagosian but felt like you were too unimportant to stand up for yourself? If so, be in touch." In the next slide, Jerry Gogosian continues: "If I'd only heard on [sic] or two stories, btw, I wouldn't be doing this...but its nearly a dozen...not to mention my own experiences. Time to weed 'em out. Sorry if they make you a lot of money. Not a good enough reason to harbor a predator." The post received over 5,000 likes and 170 comments.

Last week, Orlofsky was reportedly suspended without pay while Gagosian brought in an outside counsel to conduct an investigation into his alleged misconduct against current and former employees, predominantly women.

Yesterday, the gallery's founder Larry Gagosian sent a letter to all staff stating that an unnamed colleague's employment has been "terminated" based on "investigative findings thus far" into allegations that they "engaged in serious misconduct, primarily targeted against women in the gallery.”

Gagosian writes in the letter, seen by The Art Newspaper: “I want to first emphasize emphatically that the behavior alleged is unacceptable and repugnant. The Gallery expects all employees to adhere to our values, which include mutual respect, dignity, collaboration, and honesty. The Gallery is committed to fostering a workplace where employees are safe, are empowered to do their best work, and can express concerns freely.” Gagosian adds that anyone else should come forward with relevant information, "which will be kept confidential to the extent the law allows," and thanks those who have already done so for their "bravery and honesty."

The letter concludes: "The Gallery's success comes from the extraordinary efforts of our employees and we will pursue this investigation vigorously to ensure that our team comes out of this stronger than before."

A gallery spokesperson contacted by The Art Newspaper declined to comment further on the employee's identity, nor the precise nature of the allegations.

Orlofsky's legal representative, John J. Rosenberg, did not respond immediately to a request for comment.