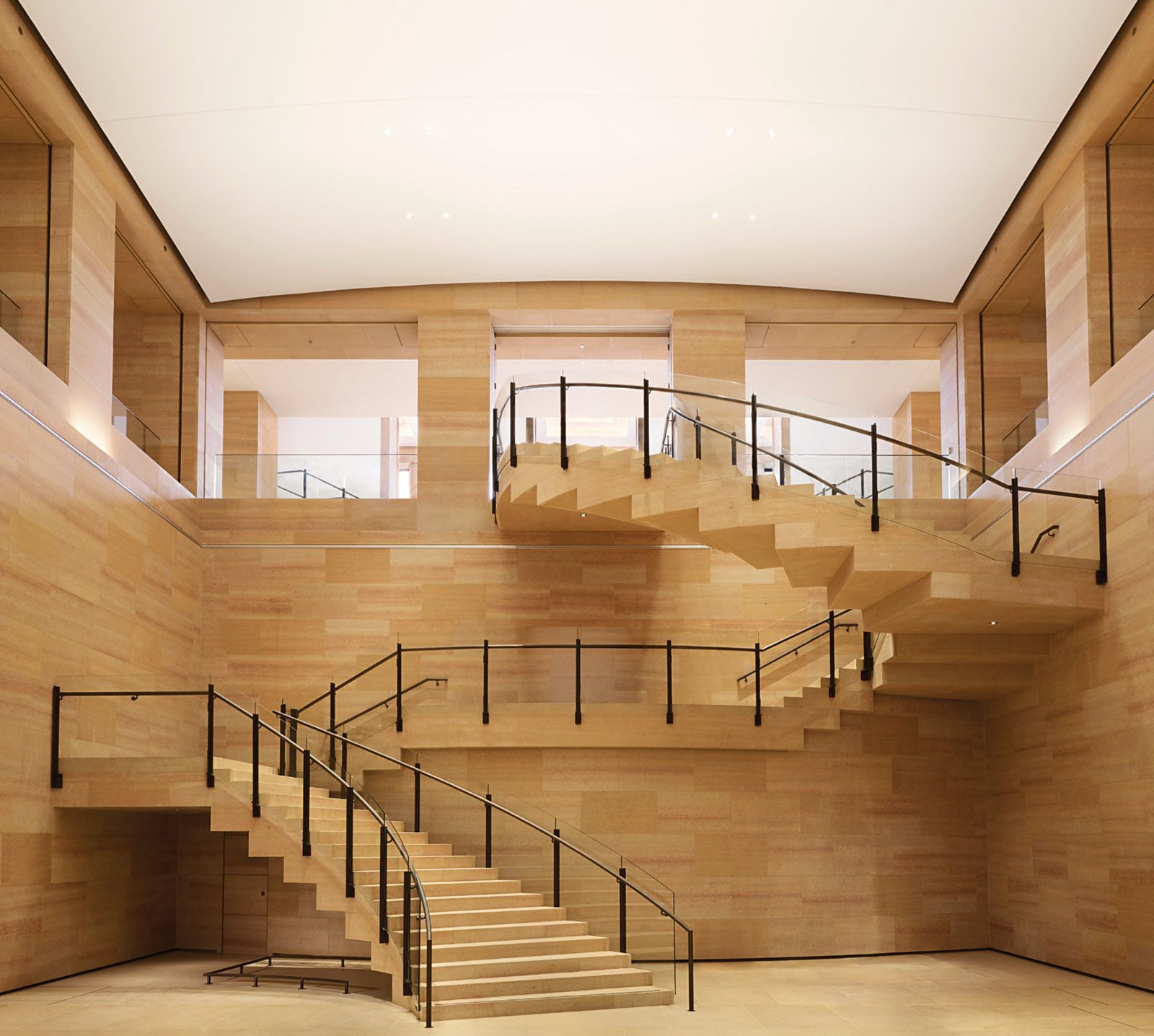 Enlisting the creativity of Frank Gehry, the Philadelphia Museum of Art has completed a $233m renovation and reorganisation of the lower interior spaces at the heart of its landmarked 1928 Beaux-Arts building. The latest phase of a master plan for improvements that was approved by the museum’s board in 2004 and involved four years of construction, the so-called Core Project yields nearly 90,000 sq. ft of reimagined public spaces and new galleries that are due to open on 7 May.

“This is really making way for the future in lots of ways—infrastructurally, in terms of circulation, and setting the stage for a new space to be built,” says the museum’s director, Timothy Rub, referring to the next phase of the master plan. That calls for an underground expansion of almost 80,000 sq. ft beneath the museum’s East Terrace, embraced by the U-shape of the building.

Gehry knows the way buildings work and how to organise sequences of spaces Timothy Rub, director, Philadelphia Museum of Art

Perhaps unusually for the architect, who is known for testing boundaries, Gehry took a deferential posture to the almost century-old building. Designed by Horace Trumbauer and Julian Abele as a temple atop a hill, it was badly in need of systems upgrading—electrical, heating, water, air handling and networking.

“From the moment I started exploring it, I knew that Trumbauer and Abele had planned for the expansion all those years ago,” Gehry says, adding that he continues to be amazed by the intelligent design of the original museum. “I hope that people feel like my part of the design has been there all along and was just uncovered, because that’s kind of what I feel like we did.”

Gehry’s big move was to demolish an auditorium added in 1959 at the centre of the ground level and replace it with a dramatic 40ft-high open forum space. Accessed by two new sets of staircases, the multistorey forum connects with the primary entrance hall on the first floor and central great stairs, and is crucial to providing better circulation vertically and horizontally across the museum. 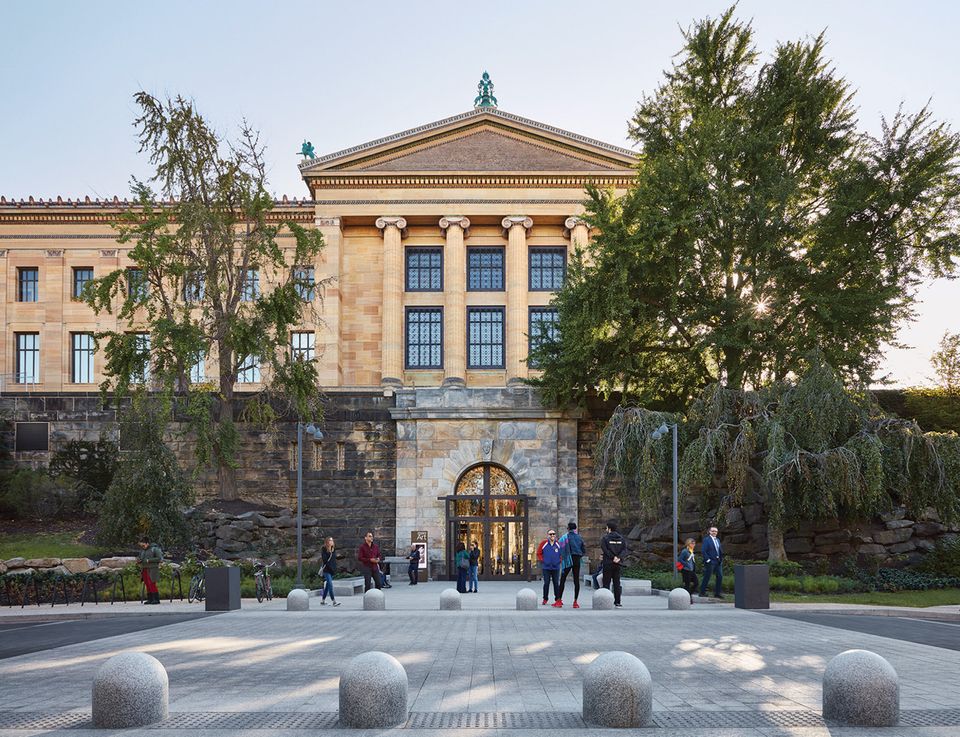 The north entrance of the museum, which was restored to public use in 2019 for the first time in decades. The Core Project involved four years of renovations across the institution, and the last stage will be unveiled on 7 May Photo: Steve Hall, © Hall + Merrick Photographers; courtesy of the Philadelphia Museum of Art

The forum, which will be used for events, performances and educational programmes, is ideal for large-scale works of art and will be inaugurated with Fire (United States of the Americas) (2017-20), Teresita Fernández’s map of the US and its dependencies composed of charred pieces of wood. Monumental works by El Anatsui and Do Ho Suh will be shown there over the next year and a half.

The back wall of the forum will eventually be opened up and become the central portal into the future underground addition. Its timeline is still to be determined and will require substantial new fundraising. (Roughly 90% of the money for the Core Project has been raised, according to Rub.)

Gehry has also restored a vaulted Guastavino-tiled walkway spanning 640ft, the entire breadth of the museum, and bisecting the forum on the ground level, as well as creating new two suites of galleries flanking the forum by relocating the store, restaurant and back-of-house operations from these spaces. 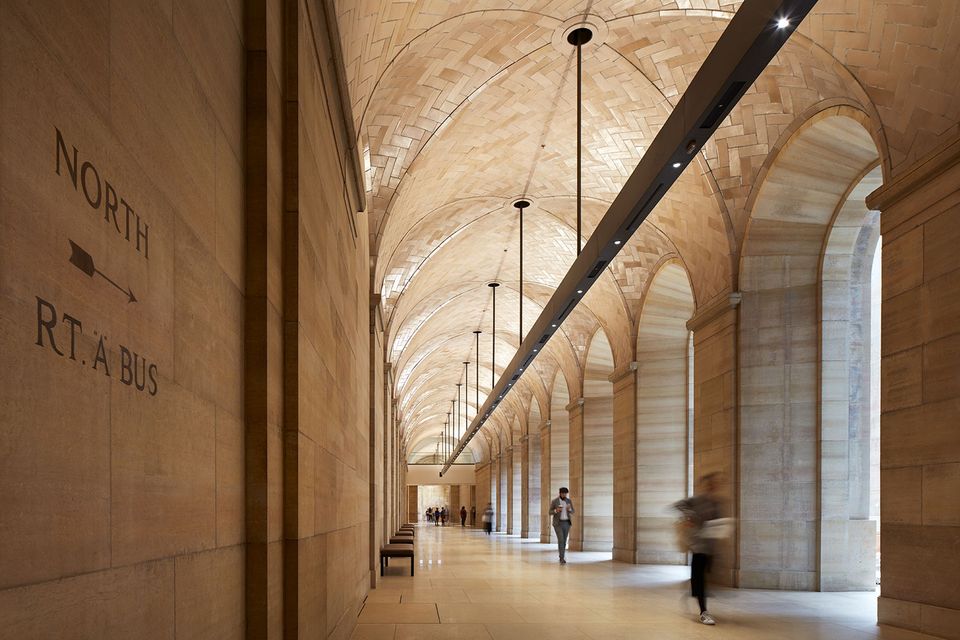 “An often overlooked aspect of Frank’s work is that he’s a great planner,” Rub says. “He knows the way buildings work and how to organise sequences of spaces. That’s exactly what we needed in a building as big and as complicated as ours.”

Beyond modernising all the building’s systems, Gehry undertook a light-handed intervention in the main entrance hall, including a new coffered ceiling with integrated LED lighting that makes the cleaned tawny limestone walls glow. His most signature sculptural touch comes in the design of dramatic staircases that gently curve in two directions and are harmonically clad in limestone from the same quarries in Minnesota used for the original building.

The new 20,000 sq. ft of gallery space is split evenly between American art from 1650 to 1850—doubling the amount of space given to that collection—and Modern and contemporary holdings. “We knew these were great opportunities to reinterpret and diversify the presentation of our collection,” Rub says. 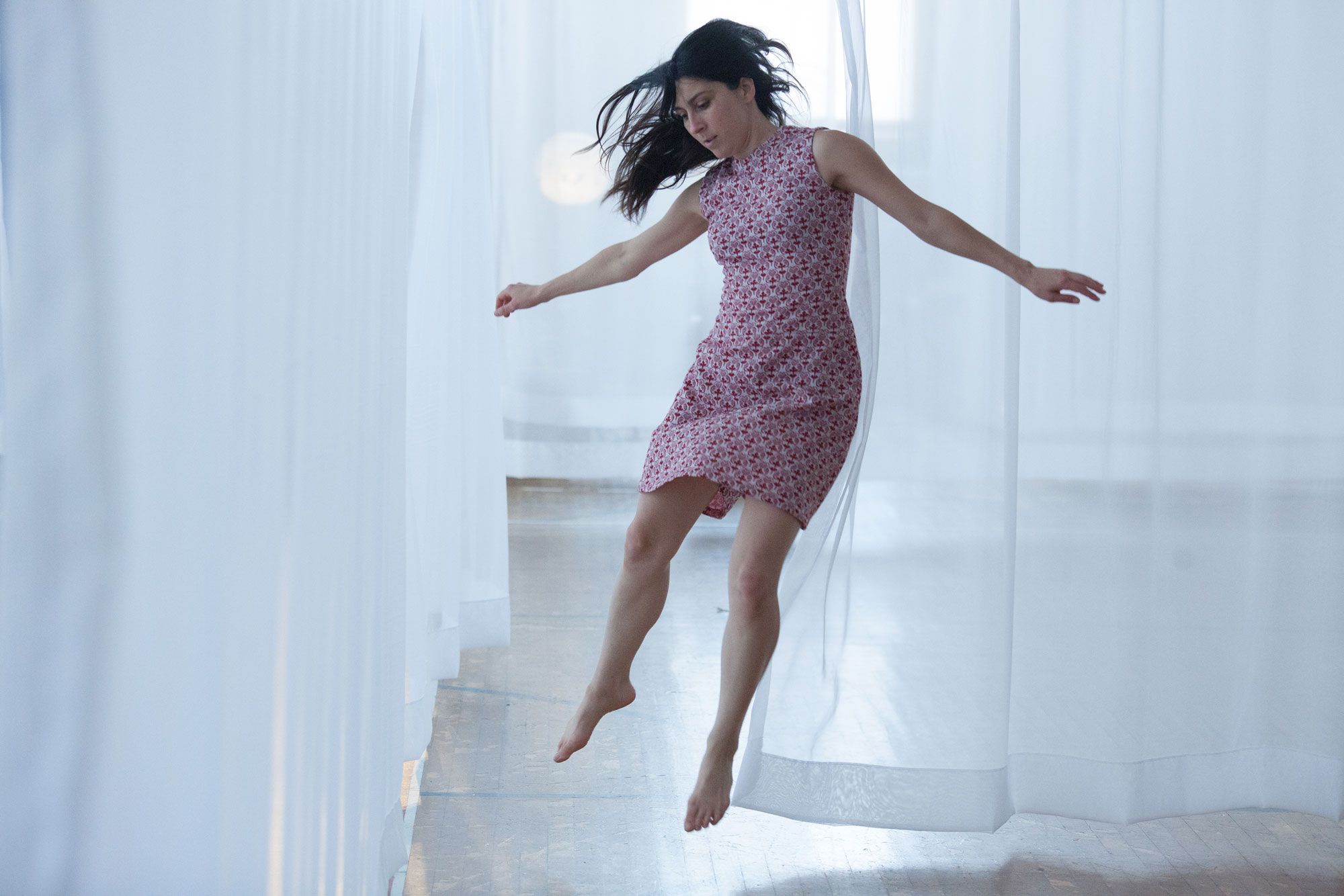 The reinstallation of more than 800 works in the early American galleries incorporates a more inclusive range of narratives centred on Philadelphia, dating from William Penn’s first meetings with the Lenape people in the late 17th century and including fresh connections with the Caribbean, Central and South America, as well as the role of African Americans in the city’s cultural economy.

The Modern and contemporary galleries have a focus on Philadelphia as well, spotlighting 25 artists with a strong connection to the city, whether born, educated or currently based there. The inaugural show New Grit: Art & Philly Now includes such artists as Howardena Pindell, Jesse Krimes, Wilmer Wilson IV and Jonathan Lyndon Chase, grappling with personal, social and political issues from Black Lives Matter to immigration to mass incarceration.

“I wanted to do something contemporary that would be an acknowledgment of the fact that it’s a great city for arts education, but also there are a lot of artists working here,” says Rub, who calls the exhibition “a love letter to Philadelphia”.