“The personal is political—this is a clear and present undercurrent,” says Volta artistic director Amanda Coulson 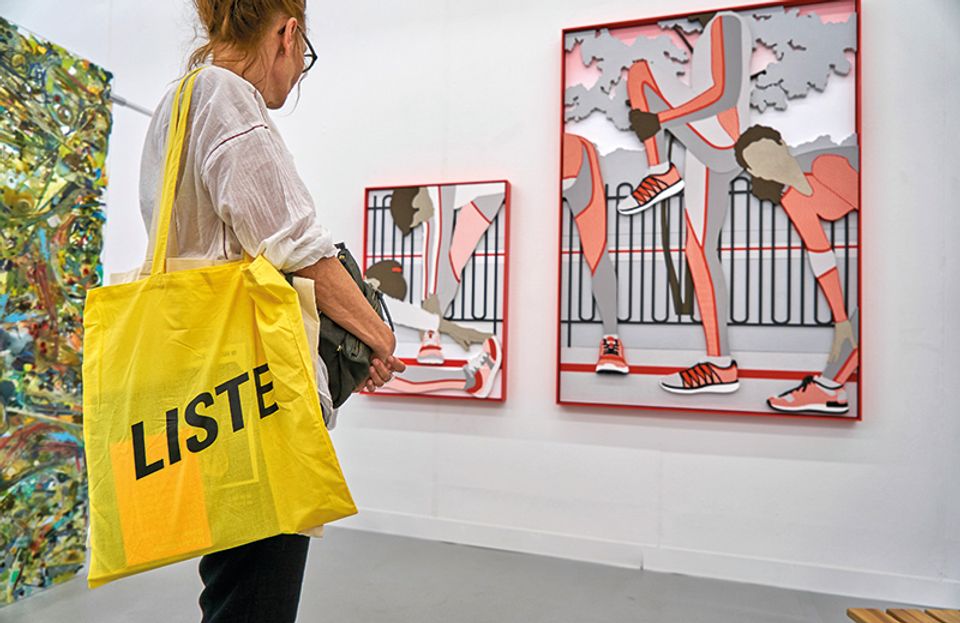 Before the bigger galleries break into Art Basel, you are likely to find them scouting emerging talent at the two principal satellite fairs—Volta Basel (11-16 June) and Liste (11-17 June). This year, Volta 14 moves into its vast new venue, a former supermarket distribution centre now owned by the city across the Dreirosen-Bridge from Art Basel. This is “the original district where Volta was born back in 2005,” says Amanda Coulson, the fair’s artistic director.

Volta 14 includes 75 exhibitors with around 20 solo and 20 two-artist presentations. “The personal is political—this is a clear and present undercurrent,” Coulson says of the proposals. Noteworthy, for example, is the Australian artist Abdul Abdullah (Yavuz Gallery, Singapore), whose photographic portraits address the politics of being Muslim, and the African-American painter Jeffrey Hargraves (Ethan Cohen Gallery, New York), who reworks famous paintings such as Manet’s Olympia to include black figures playing on racial stereotypes in art history.

Referring to the recent unfolding of social movements such as #MeToo, Coulson says, “These artists are not simply ‘reacting’ to society—rather, their bodies of work and research reflect and even influence these talking points.”

Gender politics surface within the Dublin-based artist Dragana Jurisic’s series My Own Unknown (2014) at Gibbons & Nicholas gallery. Through photographs and text-based work, Jurisic (whose work was recently censored by Instagram and Facebook) considers the real and imagined life of her glamorous Yugoslav aunt, who struggled to escape arranged marriage.

Naturally, female artists are prominent at the Liste fair, too, where nearly 80 small galleries will convene with works by 170 artists. The San Francisco-based gallery Altman Siegel is focusing its booth around three women—Jessica Dickinson, Zarouhie Abdalian and Sara VanDerBeek—together with the gender non-conforming artist K.r.m. Mooney. “Altman Siegel has done Liste for several years now and it’s consistently the highest-quality fair for younger galleries,” says the founder, Claudia Altman Siegel.