After previous buyer defaulted on paying for the work in 2016, painting sold in London for £15.5m in a significantly smaller auction compared with 2018 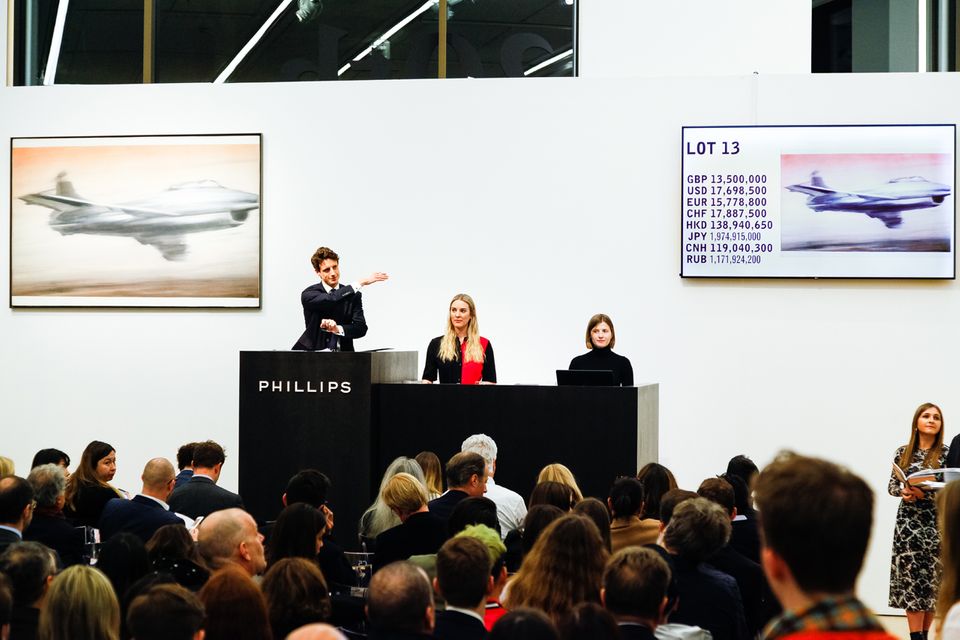 Gerhard Richter's Düsenjäger sold for £15.5m (with fees) at Phillips last night, after the previous buyer, the Chinese businessman Zhang Chan, failed to pay up after bidding $25.6m (with fees) for the work in 2016 Courtesy of Phillips

A 1963 Gerhard Richter painting of a jet fighter at the centre of a now resolved legal battle sold for £13.5m (£15.5m or $20.3m with buyer’s premium) at Phillips in London last night, just over two years after it was last offered by the auction house.

Düsenjäger last appeared on the block in New York in November 2016 with a $25m-$35m estimate, when it was bought by the Chinese businessman Zhang Chan for $25.6m with fees (est $25m-$35m). However, Zhang, who had guaranteed the work, defaulted on the payment, leaving Phillips $24m out of pocket.

The painting had been consigned by the heirs of the estate of the billionaire philanthropist and Microsoft co-founder Paul Allen, whom Phillips was obliged to pay due to the guarantee. The auction house sued Zhang and the case was settled in March 2018, with Phillips also winning title of a painting by Francis Bacon, worth an estimated $19m, that Zhang had tried to sell at Gagosian while the Phillips lawsuit was ongoing.

The average lot price at Phillips sale last night was £1.25m hammer, according to the data crunchers ArtTactic Courtesy of ArtTactic

Unusually, the auctioneer Henry Highley announced before the London sale that only those with “premium paddles” could bid on the Richter, a precaution more common in China where non-payment is an issue.

Offered this time with a lower estimate of £10m-£15m ($13.1m-$19.7m), the picture drew several bidders, who were whittled down to Phillips chairman and Richter specialist Cheyenne Westphal and her deputy Robert Manley, who eventually won the work on behalf of his client on the phone.

After the auction, Phillips chief executive Edward Dolman said: “Following the sale of Gerhard Richter’s Düsenjäger, Phillips has ample security to cover any further sums due to us.” A spokeswoman declined to say whether the auction house plans to sell the Bacon won in the Zhang case.

But, a healthy 89% sell-through rate gives some cause for comfort, with 80% of lots sold above or within estimate. It is deep bidding that is proving harder to come by.