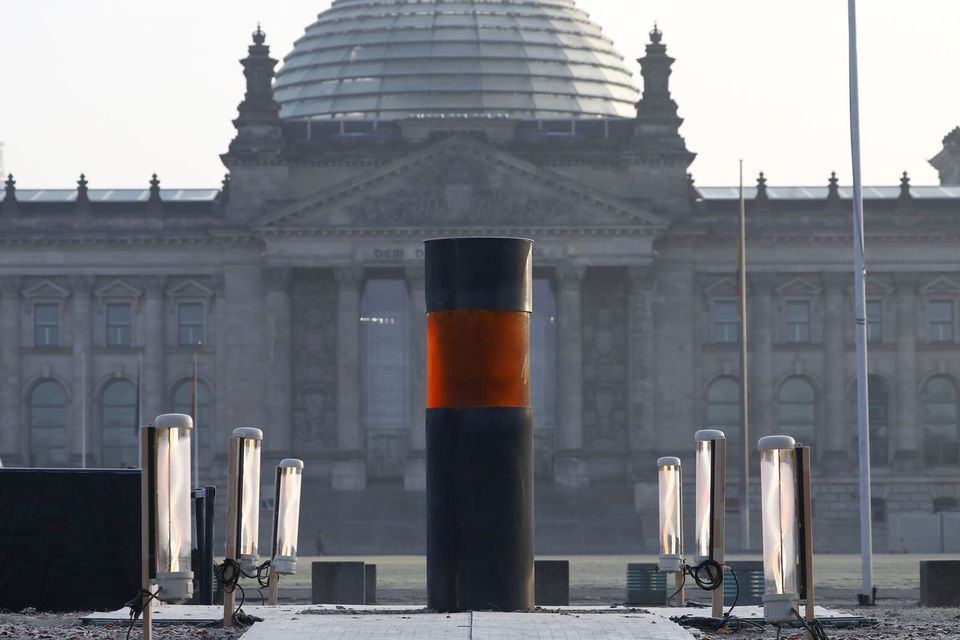 A German art collective known for provocative stunts has apologised for a monument it erected this week in Berlin that caused offence to Holocaust survivors and said it will remove from public view a part of the column that it says contains the remains of people murdered by the Nazis.

Zentrum für Politische Schönheit, or Centre for Political Beauty in English, installed a 2.5-metre high steel monument at what it describes as “the place where democracy was eradicated” near the Reichstag in Berlin in 1933. The group said it had taken soil samples from locations near Nazi death camps and that the column contained human remains discovered in the soil.

The action was intended to target members of Chancellor Angela Merkel’s conservative political alliance who have raised the prospect of governing with the support of Alternative for Germany, a far-right, anti-immigration party. Instead, it drew widespread condemnation from Holocaust survivors’ representatives and Jewish groups. The International Auschwitz Committee called the gesture “disrespectful” and said survivors were dismayed at the disturbance to “the eternal rest of their murdered relatives.”

In a statement, Centre for Political Beauty said “nothing was further from our minds than wounding the religious and ethical sensitivities of survivors and descendants of the dead.”

The group said its first step is to veil the part of the monument containing human remains “to remove the impression we are putting them on show” and that it will stop a crowdfunding campaign intended to raise money to make the monument permanent.

“If people whose side we take are taking a position against us, then that shows we have made mistakes,” the group said. “Now we want to correct those mistakes.”