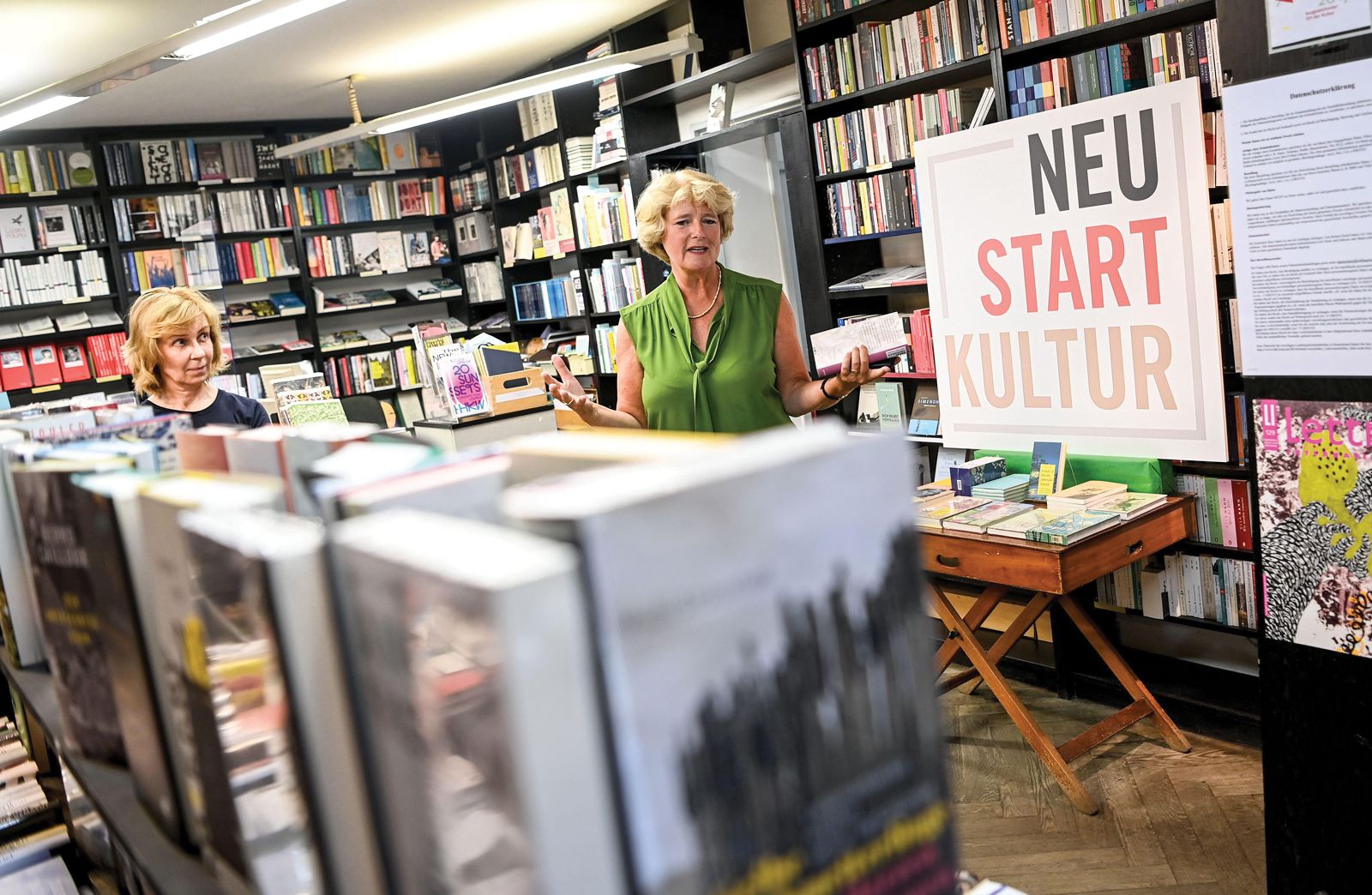 The German government has doubled the amount of emergency pandemic aid for the arts, adding an extra €1bn to help cultural organisations and workers survive the second coronavirus lockdown, which was imposed last year in stages starting in the autumn.

A recent EU study showed that creative industries are among the hardest-hit in the pandemic, losing about 31% of sales—more even than the tourism industry, the German Culture Ministry said. The lockdown remains in place until at least 14 February.

The €2bn total pandemic emergency aid for the arts is equivalent to Germany’s annual federal culture budget. Culture Minister Monika Grütters said in a statement that the new cash injection for the arts—delivered under a programme known as Neustart Kultur (New Start for Culture)—is aimed at “offering a beacon of hope and encouragement to a cultural scene that has suffered mortal wounds.”

Under an initial package last year, €1bn was distributed to 60 different programmes to help cinemas, theatres, museums, concert halls, commercial art galleries and musicians and literature institutions. Some of the funding was specifically allocated for digital projects.

It is not yet clear how much of the newly approved tranche of financing will be allocated to galleries, according to the Stiftungskunstfonds, a government-financed art fund charged with administering the emergency funds for fine art. The first package included funding of about €15m for art galleries to be awarded in two rounds.

In December, €8.2m was allocated to 396 projects submitted by commercial art galleries, with a maximum grant of €35,000 per application. Projects funded under the programme had to be executed before the end of May 2021. Another funding round of €7m for the second half of 2021 is to be awarded in June.

The purpose of the funding for galleries was to help them recover after the first pandemic lockdown—before it became clear that a second lockdown would force them to close again. As a result, many galleries received funding for exhibitions they are now not allowed to open. The Stiftungkunstfonds has extended the deadline for execution of the funded projects until the end of June.

“Many of the galleries have put schedules for the projects they submitted on hold but are firmly committed to execute them and open them to the public within the extended timetable, so before 30 June,” the Stiftungskunstfonds said by email. “Some are combining analogue ‘window displays’ with digital projects and publications to reach the public despite the lockdown.”

Mianki Gallery in Berlin is among those that decided to stick to its schedule regardless of the lockdown. The gallery received a grant from the programme for an exhibition of Marc Dittrich and Gisoo Kim, says Andreas Herrmann, the gallery’s owner and manager. It is scheduled to run until 6 March and will not be extended because two more exhibitions are also programmed before the end of June.

“If I miss one of these, then I wouldn’t get the grant for it,” Herrmann says. “I also think it’s important to ensure the artists have some planning security.”

He is showing the exhibition online and raises the blinds on his lighted gallery to ensure people can see it from the street. He says at least five passers-by take gallery cards from a box on the pavement every day. “We do what we can to remain visible,” Herrmann says. “With luck we will be able to open the exhibition for a week at the beginning of March.”