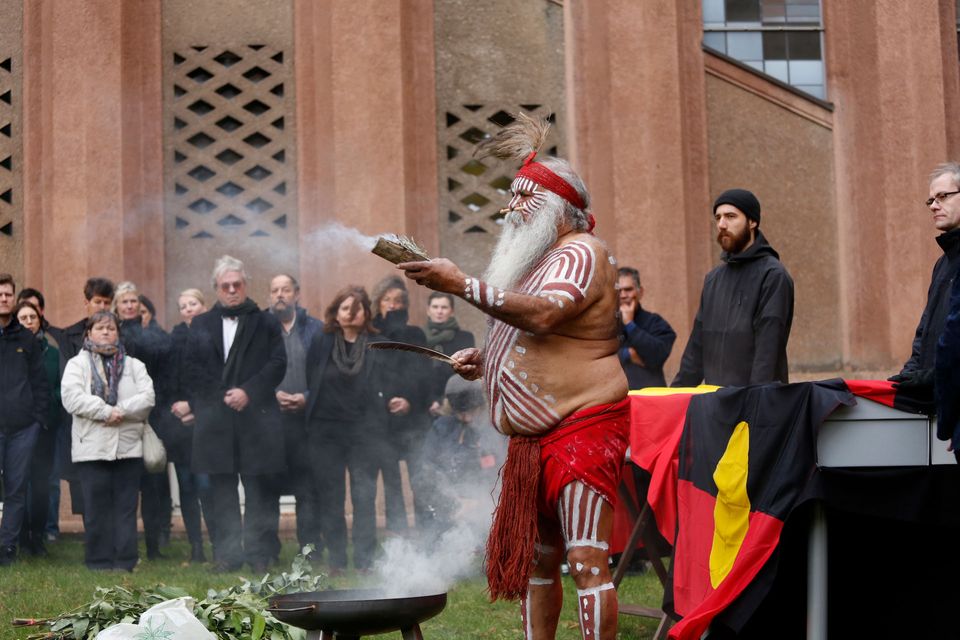 The ancestral remains were returned to Australian representatives at a ceremony at the Grassi Museum of Ethnology in Leipzig © Photo: Andreas Wünschirs

The German state of Saxony returned the remains of 45 indigenous ancestors stolen in grave robberies or from victims of violence to communities in Australia at a ceremony at the Grassi Museum of Ethnology in Leipzig on 28 November, the second such repatriation from Germany this year.

The remains were acquired from a merchant in Britain in the 19th century and arrived at the predecessor to the Museum of Ethnology in Dresden in the late 19th and early 20th century. The repatriation also encompasses hair samples sourced from missionaries that were donated to the collection in 1880.

Non-invasive research into the origins of the remains by a forensic anthropologist at the University of Freiburg and medical scholars in Leipzig produced findings about their owners’ ages, genders, injuries, illnesses and causes of death, according to a statement from the Saxon State Ministry of Science and the Arts. Eva-Maria Stange, the Saxon minister of science and arts, described the return as “a long overdue step.”

“It is accompanied by awareness of the injustice committed in the circumstance of their acquisition and of our years of disregard for their own dignity and importance to their communities of origin,” she said.

Thirty-five remains are to be returned to the Gunaikurnai people in Victoria, six to the Menang people in Western Australia and one to the Ngarrindjeri people in South Australia. Three more ancestral remains will be placed in temporary government care while further research is undertaken to determine the community of origin, the Australian government said in a statement.

In April, five German institutions repatriated 53 ancestral remains to Australia in ceremonies in Munich, Stuttgart and Berlin. The Australian remains are among thousands of scalps, shrunken heads, mummies, flutes made of bones and other human remains in German anthropological museums and university collections. Many were unearthed, stolen or purchased by 19th-century explorers and “race researchers.”

Earlier this year, culture ministers from Germany’s 16 states identified returning human remains as a priority in a set of guidelines on handling objects in public collections that were taken from former colonies.