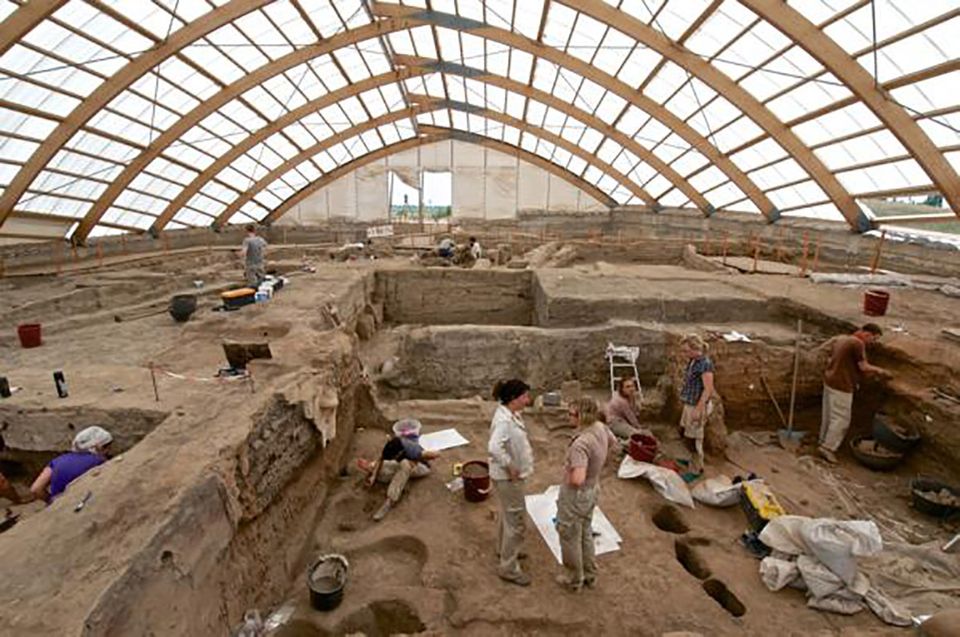 The J. Paul Getty Trust today announced a ten-year $100m initiative to promote deeper understanding of the world’s ancient cultural heritage by calling attention to threats to undermine it and adopting ambitious strategies to conserve what remains.

The trust said that all four of its arms–the Getty Foundation, the Getty Research Institute (GRI), the Getty Conservation Institute (GCI) and the Getty Museum–would plow their expertise into the initiative, titled “Ancient Worlds Now: A Future for the Past”. Officially it would begin in the summer of 2020, but activities are already underway that would fall under the umbrella of the effort.

“In an age of resurgent populism, sectarian violence and climate change, the future of the world’s common heritage is at risk,” James Cuno, president and chief executive of the J. Paul Getty Trust, said in a statement, adding: “This work must start now, before more cultural heritage is neglected, damaged or destroyed. Much is at stake.”

The trust says it will recruit strategic partners from universities, cultural institutions, non-governmental organisations and the private sector to advance the programme.

In an interview, Cuno said the effort was galvanized by a growing recognition in the last two decades of how violent conflict and climate change were threatening the remains of antiquity. “This is something that became much more serious with the rise of ISIS,” he said, referring to the destruction at ancient sites in the Middle East by the Islamic State. “People were wringing their hands but doing little to raise awareness or intervene.”

“But there’s a benign neglect, too,” he adds. “People are studying the ancient world far less than they did before. We wanted to make sure that the histories remain alive and fresh.”

Among the projects that are already in motion or being developed as part of the initiative are a GCI effort to come up with a conservation master plan for a site in Paphos, Cyprus, that is rich in mosaics and a training course on the conservation of earthen architecture in Al Ain, Abu Dhabi. The Getty Foundation is meanwhile dispensing grants to Stanford University and to the University of Massachusetts at Amherst for digitally mapping the Unesco World Heritage Site of Çatalhöyük in Turkey and the artistic landscape at Pompeii.

The Getty Museum has organised exhibitions about ancient sites at Palmyra in Syria and in Egypt and is planning ambitious shows on palace art in ancient Iraq, Mesopotamia, Persia, Thrace and the Levant. Conservation treatments of ancient sculptures from diverse sites are also underway or planned.

The GRI has acquired an archive documenting two 19th-century expeditions to the Holy Land and a library dedicated to Chinese archaeology, the trust notes. It is also seeking to document collecting and dealing in pre-Hispanic art and plans to provide global access to a translated Florentine Codex, a manuscript dating to early colonial Mexico.

In 2021, the Getty is planning to publish a book edited by Cuno and Thomas G. Weiss that explores the link between attacks on cultural heritage and mass atrocities from a range of perspectives. “It will be everything from the Balkan wars and [the destruction of] the Mostar Bridge to the churches in Sri Lanka” bombed by Islamic militants, Cuno says.

“Staving off destruction is the responsibility of the states," he says. "We can’t go in physically and protect” the sites. “What we can do is raise awareness.”

The trust said that Neil MacGregor, a former director of the British Museum and the National Gallery in London, will serve as a consultant to the “Ancient Worlds Now” initiative.