How a vast Käthe Kollwitz collection ended up at the Getty

Richard Simms, the 93-year-old donor, built up the enviable collection on a dentist’s salary starting in the 1960s 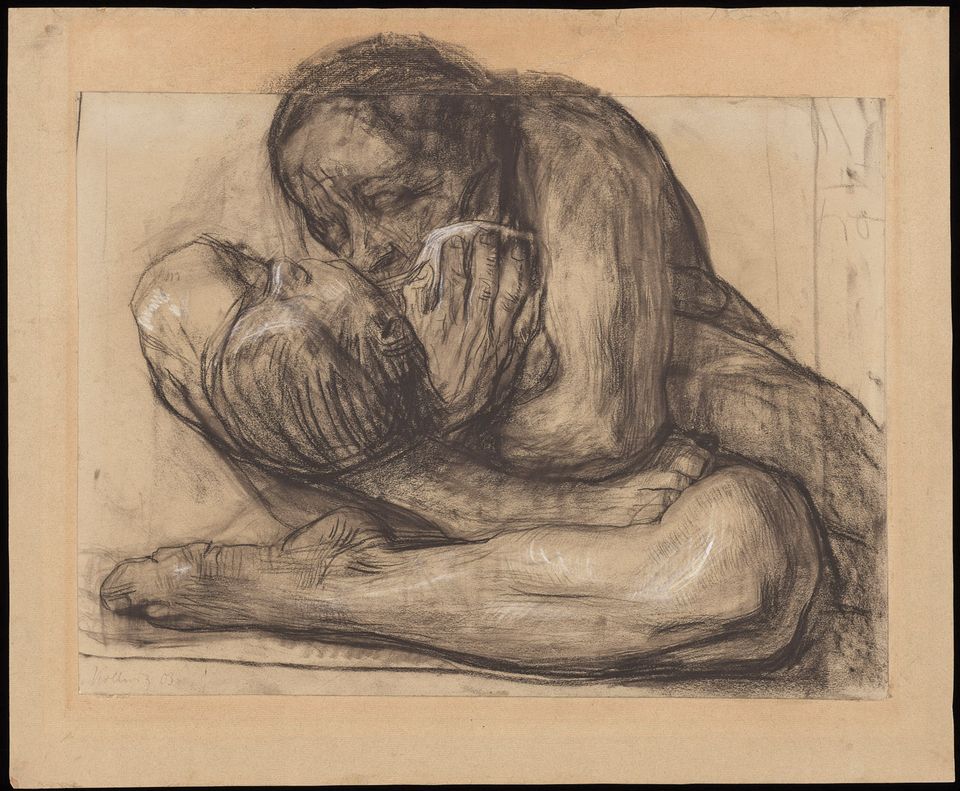 The German artist Käthe Kollwitz envisioned the anguish of war, poverty and worker exploitation with great emotional immediacy, often showing how trauma impacts the body, but she rarely made work in the heat of the crisis. As the new show Kathe Kollwitz: Prints, Process, Politics (until 29 March) at the Getty Research Institute (GRI) in Los Angeles makes clear, the artist was one of Modern art’s greatest revisionists, who meticulously and skillfully worked to create different versions of her prints before arriving at the most trenchant composition. But the artist’s technical prowess is not the only revelation in the exhibition. The other surprise is the source of the material: all from a 93-year-old donor, Richard Simms, who built an enviable collection on a dentist’s salary starting in the 1960s.

Early on, Simms was a member of the graphic arts council at the Los Angeles County Museum of Art (Lacma) and then served as a trustee there for 12 years. But in 2016, he gave the Getty (part gift, part purchase) more than 650 works on paper, nearly half by Kollwitz. “I like everything Köllwitz did,” Simms tells us. “She was opposed to war but you never see the war. You see the effects of war: poverty, alcoholism on those that remain, mainly women and children.”

The exhibition’s lead curator, Louis Marchesano (who last year left the Getty to become a senior curator at the Philadelphia Museum of Art), called the Simms material “the most important Kollwitz collection” outside Germany. “There are other Kollwitz holdings in the US,” he said at the show’s opening last month, “but none with so many important preparatory sheets”, referring both to her drawings and working proofs, finished and unfinished, where “she would draw corrections or new ideas as she was thinking about how to move forward in the printmaking process.” And Kollwitz was adept at a wide range of techniques, from aquatint and drypoint etching to woodcuts and crayon-transfer lithographs.

So how did the Getty end up with the Simms gift? As the Jewish newspaper The Forward first revealed, the African American patron broke with Lacma in 1998 after seeing himself listed in a spreadsheet circulated to trustees not as a businessman, “civic leader” or “collector” but under a separate column that listed two “minority” trustees. This table was part of a larger memo about board growth that carried a signature of the then-trustee Eli Broad.

“That was the breaking point; it was upsetting,” Simms, who later became the founding member of the GRI patrons council, tells The Art Newspaper. As for Broad’s involvement, he says, “I think it was inadvertent”, before declining to discuss the matter further, not wanting to “cast aspersions on anyone”. (He told Forward it was highly unlikely that Broad himself generated the table.)

Raised in a segregated New Orleans, Simms began collecting art in the 1960s after joining an integrated dental practice in Harbor City, near Long Beach. His first Kollwitz purchase—from O.P. Reed, an early Los Angeles gallery—was a print of Die Zertretene (the downtrodden) from 1900, showing a pained mother stroking the hair of her shockingly pallid, perhaps already dead, daughter. It is a brutal image of grief or, as Simms wryly put it: “This is not Mary Cassatt.” The print inspired his deep dive into the libraries for Kollwitz research and into the gallery and auction world for more works.

The game-changer occurred in 1979, when the young German dealer Wolfgang Wittrock offered Simms 121 Kollwitz works—119 prints and two drawings—from the artist’s granddaughter. “I thought it might be a scam,” Simms remembers. “I had to be suspicious. Why would this come to me? Why wouldn’t the Germans buy it?” But after a mysterious hotel assignation and next-day meeting at his dental office, where Wittrock unpacked the material, Simms realised it was authentic. He took out a bank loan for $214,000 to buy the works, some of which are now on view at the Getty museum.

A related show opening on 30 May at the Art Institute of Chicago, Käthe Kollwitz and the Art of Resistance, will draw from the Simms trove as well as the museum’s own collection. The Chicago curator Jay Clarke says it will focus on both Kollwitz’s “technical experimentation and social activism”, serving as a “retrospective of her production from the 1890s through the 1940s”.

As for Simms, he is still actively buying and just acquired from a Berlin auction a “previously not-known-to- exist drawing from [Kollwitz’s series] The Weavers,” he says. “I will give that to the Getty too.”

about 10 hours ago
Is Van Gogh hiding at the back of this Toulouse-Lautrec drawing?