Cobre defends use of spray paint in creating eight-storey mural, saying his materials are environmentally friendly 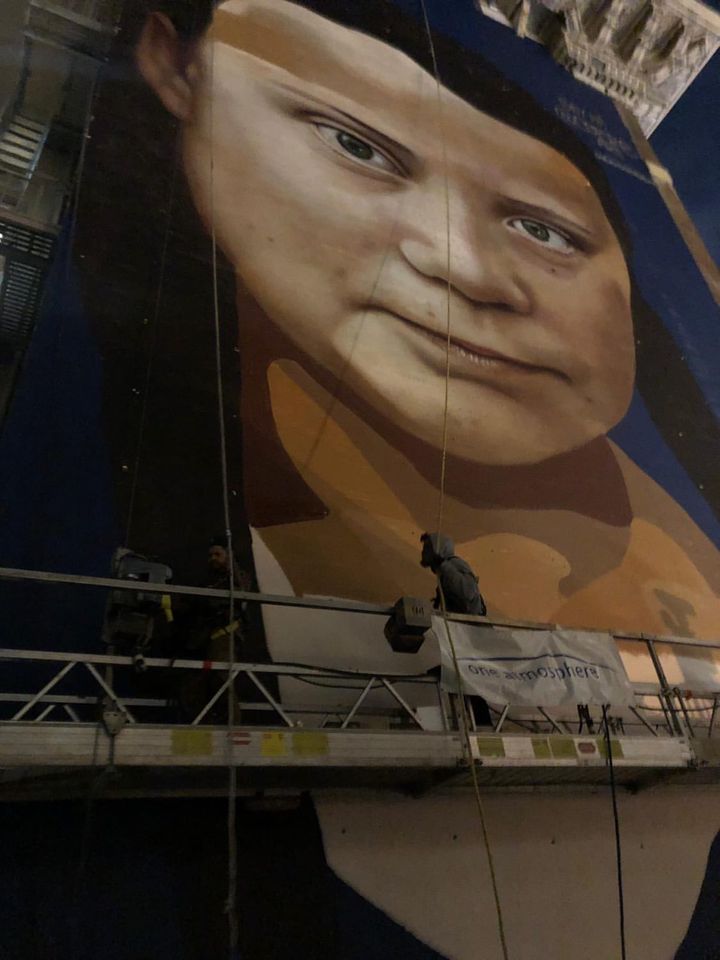 The artist Argentine Andrés Petroselli, known as Cobre, is not getting paid for his depiction of Greta Thunberg in San Francisco Courtesy of the artist

The artist behind a giant mural of the teenage environmental activist Greta Thunberg due to be unveiled in San Francisco says he took on the commission because “we have to take care of the world”. Argentine Andrés Petroselli, known as Cobre, tells The Art Newspaper that he is not getting paid for the eight-storey painting, on show in Mason Street near Union Square.

“The work should stay [in situ] for a long time; [the non-profit environmental campaign group] One Atmosphere is paying for the materials; they made arrangements and got permission [to paint] on the wall,” he says.

Commentators on social media have criticised the project however, saying that the spray paint used to create the portrait is harmful to the environment. “The thing is, the sprays I use are eco-friendly, and most of the paint is hand-painted with a roller. [It is] water-based so there is zero impact,” Cobre says.

Asked if he thinks Thunberg will like the piece, the artist adds: “I think she won’t care” (Thunberg declined to comment). Meanwhile, some commentators on Twitter say that the mural looks like the Russian president Vladimir Putin. “I can’t be the only person that thinks the mural of Greta Thunberg in San Francisco looks like Putin, right?” says one observer.

Cobre’s previous gigantesque works include a hyper-realistic depiction of the late comedian Robin Williams created in San Francisco, which was recently demolished, and a painting of Frank Sinatra in Bay Ridge, Brooklyn.