In the past, Neon—a non-profit contemporary art organisation founded in 2013 by the Greek collector Dimitris Daskalopoulos—has stuck to temporary projects such as organising exhibitions and sponsoring talks programmes, scholarships and curatorial awards. Now, it is turning its attention to a more permanent initiative having funded a new cultural centre in Athens, due to open on 24 September.

Neon has collaborated with the Athens Conservatoire, one of the oldest foundations for music and drama education in modern-day Greece, to refurbish its basement at a cost of €180,000, transforming it into 1,800 sq. m of exhibition space. The basement of the historic building has stood unused for the past four decades, “as a result of public abandonment and national indifference”, says Nikos Tsouchlos, the chairman of the board of the Music and Drama Society, Athens Conservatoire. 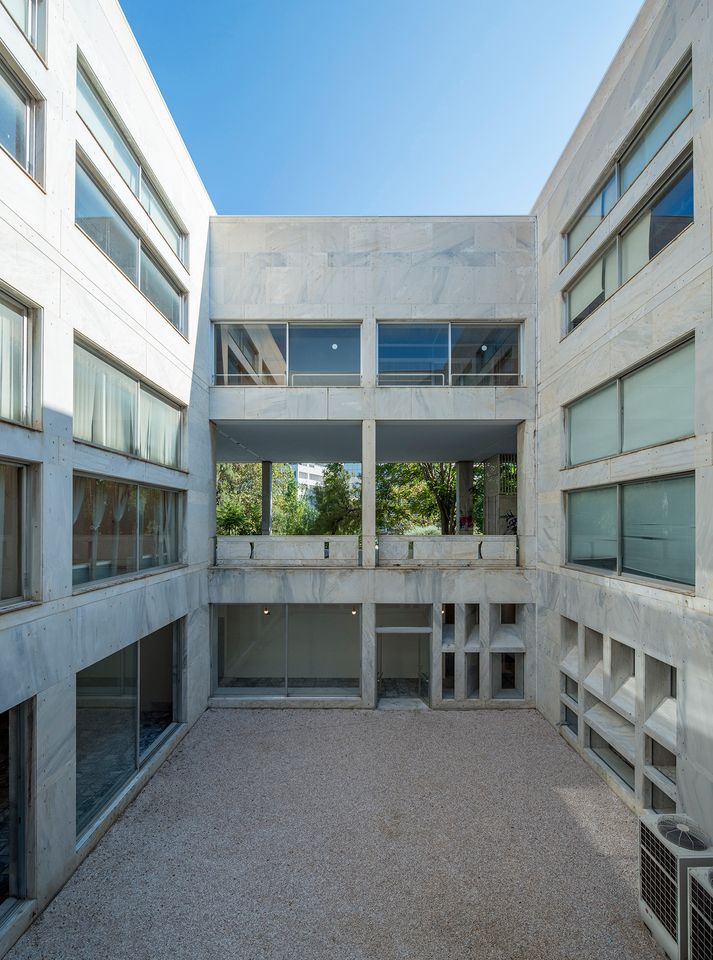 The original aim was to split the building into three wings, for music, dance and theatre, but in 1976, the money ran out and construction stopped after only the first floor had been completed. There are plans to renovate the rest of the building with funds from the European Union, according to a spokeswoman for the project.

Noting the country’s unfavourable economic outlook, Daskalopoulos says he “considered it [his] obligation” to undertake the restoration of the Athens Conservatoire. “It is a great joy for me that our refurbishment programme has resulted in a new cultural venue, which we are now handing over to the public of Athens,” he says.

Neon has previously organised exhibitions at historical sites in the Greek capital, including the Gennadius Library, the Roman Agora and Kerameikos Cemetery. “Athens is full of hidden treasures: historical buildings, abandoned spaces, gardens kept in silence for many years,” says Elina Kountouri, the director of Neon. “It is our challenge to find, support and reveal these forgotten places to the public through our programme.”

Two projects organised by Neon will inaugurate the new cultural centre, after which programming will return to the Athens Conservatoire. The first will be a five-day residency programme with 40 fellows, culminating in a public conference on 24 September. Titled IdeasCity Athens, the international forum will explore the future of cities in collaboration with New York’s New Museum. Speakers include John Akomfrah, Tania Bruguera and Hito Steyerl.

The second project will see the touring group exhibition, Flying Over the Abyss, alight in Athens on 16 November (until 31 January 2017). The show, which features artists including Matthew Barney, Hans Bellmer, Jenny Holzer and Kostas Ioannidis, was previously presented at the Museum of Contemporary Art of Crete and the Contemporary Art Centre of Thessaloniki.