A major Bill Viola retrospective opening today (30 June) at the Museo Guggenheim Bilbao marks the US video artist’s “special connection” to the museum, says its director Juan Ignacio Vidarte. He describes the show, which runs until 9 November, as a highlight of the year-long programme of exhibitions and events honouring the 20th anniversary of the Frank Gehry-designed museum in the northern Spanish city.

Viola’s installation The Messenger (1996), originally commissioned for Durham Cathedral in England, was screened at the Guggenheim Bilbao in 1997, the year it opened. The museum’s 2004 exhibition of the artist’s works catalysed its long-term engagement with film and video art, Vidarte says. A black box gallery dedicated to the medium opened there in 2014.

The museum had harboured a wish to produce a larger-scale project with Viola for years, Vidarte says, but the time was right for the 20th anniversary. The result spans four decades of work and the evolution of video as an artistic medium, ranging from grainy 1970s single-channel films, such as The Reflecting Pool (1977-79), to recent multi-screen installations. 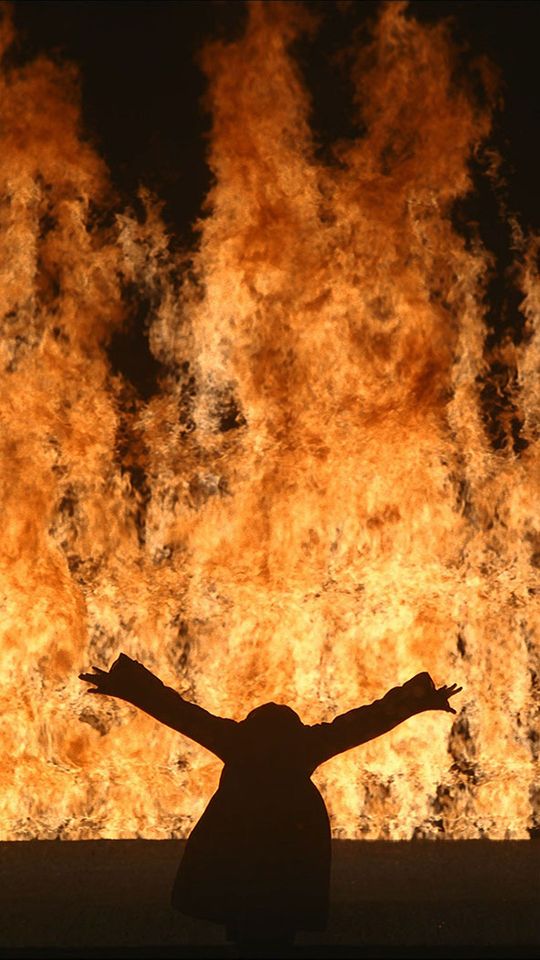 But the show also draws out the universal themes of the human experience—birth, death, emotion and spirituality—that Viola has explored since his earliest works. It culminates in Inverted Birth (2014)—“his most positive statement about the continuity of life”, says Kira Perov, the executive director of the Bill Viola studio and the artist’s wife.

A centrepiece of the exhibition, Going Forth by Day (2002), was one of Viola and Perov’s most ambitious productions, made up of five high-definition projections featuring more than 200 performers. The work is configured to the precise dimensions to which it was originally commissioned by the Deutsche Guggenheim Museum in Berlin. A parallel display in the museum’s educational space, designed by Perov, includes an interactive digital reproduction of the notebook Viola used to document ideas for the project, revealing how he was inspired by the religious fresco cycles of the Italian Renaissance.

The show also re-stages works that Viola created for the US Pavilion at the 1995 Venice Biennale and the 2005 Paris Opera production of Wagner’s Tristan and Isolde. The Greeting (1995), a slow-motion tableau vivant of three female figures, echoes Pontormo’s Mannerist painting The Visitation (1528-29)—with which it is currently paired in Viola’s Electronic Renaissance exhibition at Palazzo Strozzi in Florence (until 23 July). Tristan’s Ascension (The Sound of a Mountain under a Waterfall) and Fire Woman (both 2005), which were re-edited with sound in place of the original opera, run back to back on a single towering screen.

Bill Viola: a Retrospective is sponsored by the Bilbao-based electricity company Iberdrola, which is supporting free late-night entry to the exhibition over the opening weekend (8.30pm to 11.30pm, 30 June-2 July).