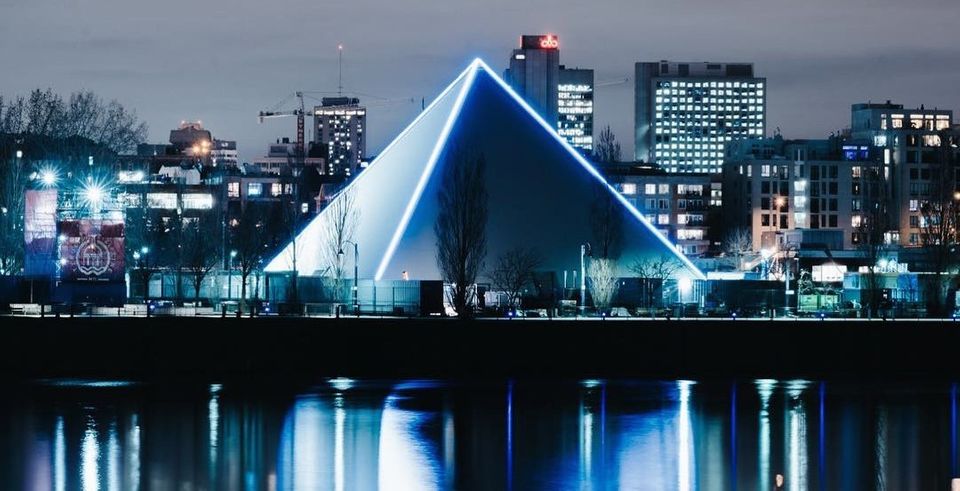 PY1 was a box office disappointment when it premiered in Montreal

A colossal pyramid devised by the Cirque du Soleil co-founder Guy Laliberté that was due to debut in Miami Beach later this month has been cancelled. The project, an immersive multimedia space called PY1 that doubled as a nightclub after dark, was intended to open at Island Gardens on 29 November, just in time for Art Basel in Miami Beach.

A 50-minute show, Through the Echoes—a spectacle encompassing lasers, electronic music and kinetic stage elements—is likened to travelling “through space and time like in a waking dream” in the project’s website. But despite such promises, the event was a box office disappointment during its premiere in Montreal this summer, leading the organisers to retool the production for its Miami iteration, and change plans to continue the tour to New York.

“Due to unforeseen logistical circumstances and some logistical constraints that are beyond our reasonable control, we will be unable to present the PY1 in Miami in time for the scheduled programming of the coming season," a representative for PY1 says. “We are thankful for the enthusiasm of Miami’s residents, and, although we do not yet know when we will be back, we are looking forward to our prompt return to Miami.” Some pre-sale tickets were bought but everyone will be receiving a full refund, the representative adds.

Earlier this week, Laliberté, who is also a prominent collector of African and contemporary art, was released without charges or conditions after being held in Tahiti over cannabis cultivation in the private island he purchased in 2007, called Nukutepipi. Cultivation and possession of cannabis, even small amounts intended for personal use, is illegal and harshly prosecuted in French Polynesia.

In a statement released by his Montreal-based company Lune Rouge, Laliberté said that the “disproportionate importance given to this matter, which is generally trivialised for someone in possession of several plants of cannabis for strictly personal use, greatly surprises me”.