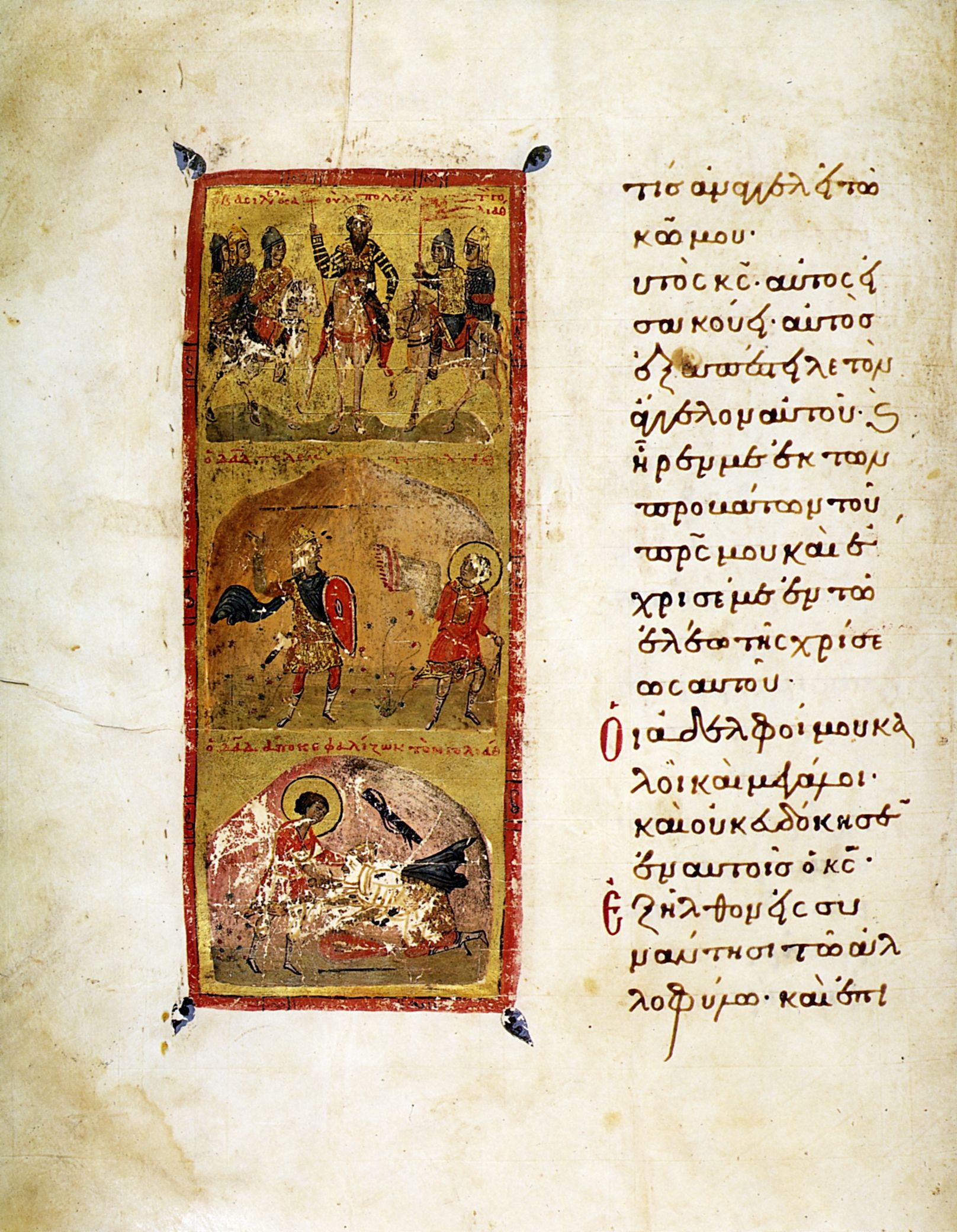 Battle between David and Goliath, Book of Psalms, c. 1059

The Vatican has partnered with a cyber defence firm to protect the digitised collection from its Apostolic Library, which holds the oldest copies of the Bible and Virgil's epic poem the Aenid, the Observer reports.

The library has faced around 100 threats a month from online hackers since it started digitising its collection in 2012, according to Manlio Miceli, its chief information officer.

Established in 1451, the Apostolic Library contains around 80,000 historic documents, including the earliest existing copy of the Bible, known as Codex Vaticanus. Dated by its handwriting to around the 4th century, it has been in the Vatican's collection since at least the 15th century. Other priceless holdings include Sandro Botticelli’s 1450 illustration of the Divine Comedy and Henry VIII of England's request for a marriage annulment.

So far, around 25% of the library's 41 million pages have been been digitised, leaving them vulnerable to attack from cyber-criminals. A successful attack could see the collection stolen, manipulated or deleted altogether, Miceli says.

To prevent this, the library has enlisted the services of Darktrace, a company that creates artificial intelligence specialised in cyber defence. Established in 2013, the organisation, which is targeting a valuation of £3.8bn in an imminent London stock market flotation, is backed by former heads of the US Central Intelligence Agency and the UK's domestic security service, MI5.

While Darktrace's technology director Dave Palmer says that motivations for cyber attacks might be “to make a quick buck or to cause embarrassment on the global stage”, it is arguably the threat of manipulation that presents the greatest security concern. As Miceli says, while physical damage from an attacker is easy to establish, altering information within the archive is more difficult to trace.

“We have to protect our online collection so that readers can trust the records are accurate, unaltered history,” Miceli tells the Observer. "In the era of fake news, these collections play an important role in the fight against misinformation and so defending them against ‘trust attacks’ is critical."

The Vatican's press office did not reply to comment by the time of the article's publication.