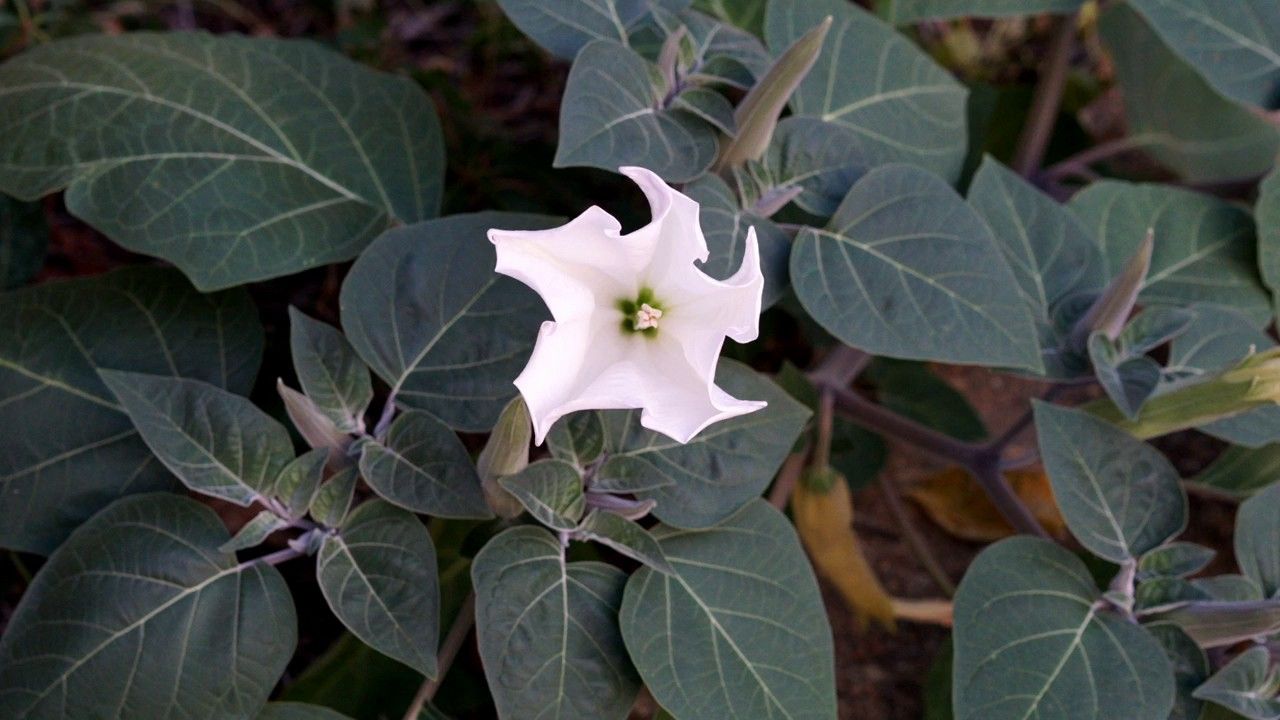 Rock art at Pinwheel Cave, California, represents a hallucinogenic flower, once taken by Native Californians during communal ceremonies, write researchers in the Proceedings of the National Academy of Sciences. At some point after 1532, Native Californians painted a red swirling pattern inside Pinwheel Cave, north of Santa Barbara. It was retouched over the years, highlighting its importance to the community, but its meaning was eventually forgotten. Now, an international team of researchers argue that the pattern represents the flower of Datura wrightii, a poisonous plant with hallucinogenic properties that grows near the cave, known to have been taken by Native Californians to enter a trance state.

“No one has ever really interpreted this particular painting before. We are the first to give it a go,” says David Robinson, an archaeologist at the University of Central Lancashire and lead author of the research paper. “We interpret it as representing the mid stages of the opening of the flowers of Datura. This process begins at sundown, in dusk.” The spiral pattern is accompanied on the cave wall by a “Transmorphic figure”, which appears to be an anthropomorphised insect. “We think the best interpretation of this figure is that of the Hawkmoth, the primary pollinator of Datura, which approaches the plant at dusk just as it opens,” Robinson says. The Transmorph may represent the person taking the Datura. 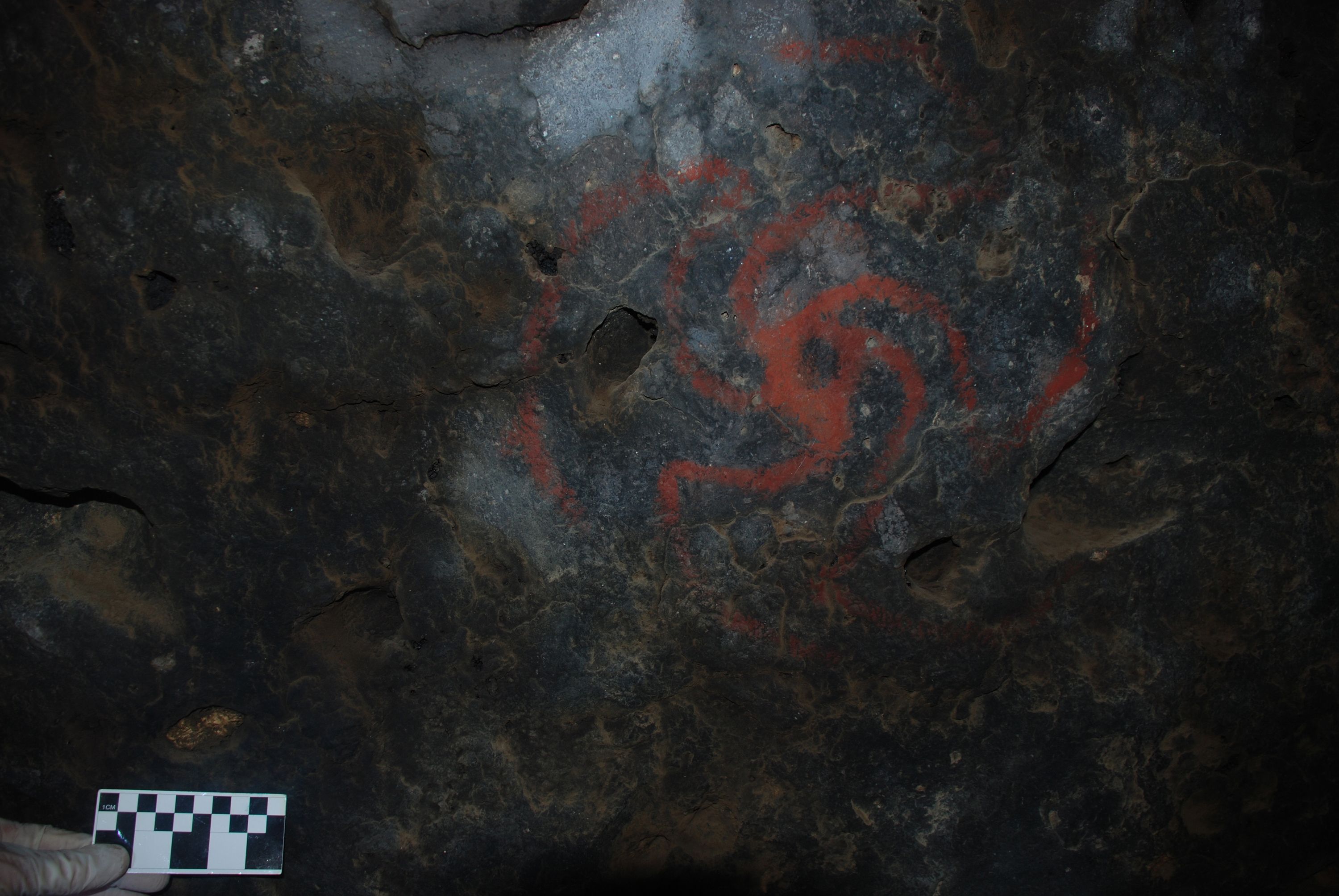 Key to interpreting the art were bundles of fibres known as quids found inserted into the ceiling of the cave near the paintings. The team made 3D scans of these quids, looked at them in microscopic detail, and tested them for hallucinogens, proving that the majority were made from Datura. These Datura quids had been “highly processed, cut into individual clumps, then crushed and matted,” write the team in the research paper, adding that each quid was perhaps a single “dose”. They were probably chewed beneath the paintings in the cave, and then placed into gaps in the rock.

The team also showed that the cave and the area outside served as a seasonal living space. “Rather than being private retreats of male shamans to the exclusion of everyone else, the rock art site was a deeply meaningful place of inclusivity for the entire community,” Robinson says. Though the ceremony performed beneath the rock art remains unclear, the use of Datura probably served as a form of initiation, or was part of the preparation for hunting expeditions, the team writes.

“The evidence at Pinwheel Cave shows that the hallucinogens were taken in a group context, and that the art communicated the ecology of the plant behind the trance rather than the images seen during the trance. So the art is all about codifying the experience of the effects that the plant creates for the cohesion of the whole society,” Robinson says. The study is also significant because some scholars had long speculated that hallucinogens influenced the creators of rock art worldwide. This research now provides the first clear evidence for this practice.

“I feel a great sense of responsibility to properly convey the importance of this site, and other important archaeological sites, in Native Californian terms,” Robinson says. “This site, the making of the art, and the taking of a sacred plant were deeply meaningful to the ancestors of our contemporary Native Californians.”