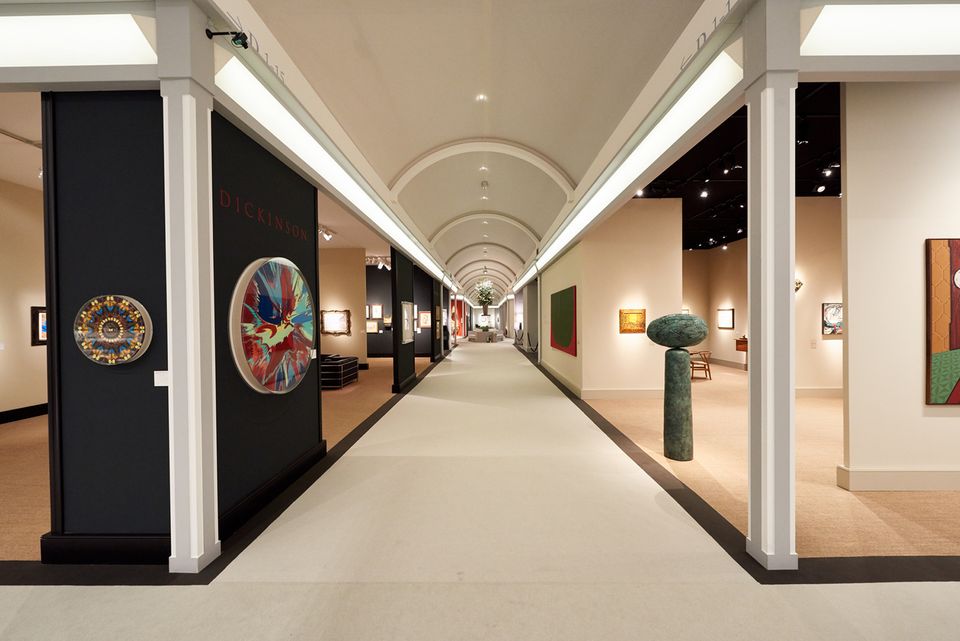 The announcement follows the acquisition of a majority stake (67.5%) in Masterpiece London by MCH Group, the parent company of Art Basel, in December. The new association may foster the London fair’s links with large international Modern and contemporary galleries such as Hauser & Wirth, which exhibits at all three Art Basel fairs.

However, says Philip Hewat-Jaboor, chairman of Masterpiece London, “The inclusion, amongst other exhibitors this year, of Hauser & Wirth and Landau Fine Art, reflects Masterpiece London's own strength. MCH Group’s involvement in this year’s edition of Masterpiece, which itself has been in planning for many months, has been minimal but they are providing tremendous support with our broader future plans.”

Iwan Wirth, co-president of Hauser & Wirth, says he has “visited and followed Masterpiece for many years”. While the gallery has not yet announced what it will show, Wirth says: “The fair provides an interesting context for collectors by spanning eras and disciplines. We look forward to responding to this with our presentation.”

Given that Neil Wenman, the senior director of Hauser & Wirth London, has a predilection for ambitious immersive stand designs—see the Bronze Age collaboration with classicist Mary Beard at Frieze London 2017—this could result in a playful, mixed period presentation, appealing to the peculiarly British sense of whimsy.

Aside from Hauser & Wirth, other Modern and contemporary art focused galleries among the 23 newcomers include Vigo Gallery (London), Maruani Mercier (Brussels), Sarah Myerscough Gallery (London) and Partners & Mucciaccia, yet another London gallery specialising in Post-War Italian art. Landau Fine Art, the well-established Canada-based Modern art gallery, will also join. Jennifer Landau, president of Landau Fine Art, says the gallery will be showing a monumental Henry Moore, a Picasso oil that hung for decades behind the desk of his dealer, Henri Kahnweiler, and Modigliani's the Bride and Groom, which was given to the Museum of Modern Art in New York 75 years ago.

But Paul Kasmin Gallery, whose Iván Navarro light installation in the entrance to the fair last year proved an Instagram sensation, will not return to exhibit for a second year.

Masterpiece London has maintained its commitment to being a cross-collecting fair. Other new exhibitors include the New York-based dealers Jill Newhouse Gallery (19th and 20th century art), Hill-Stone (Old Master to Modern works on paper) and Hammer Galleries (Impressionist and Modern art). Also new are the London-based antiquities specialist Kallos Gallery, Lullo Pampoulides (Old Master paintings and sculpture) and high-end jewellers Moussaieff and Cindy Chao. The Swiss jewellers Boghossian will exhibit again this year, despite the theft of jewellery worth around £3m from its stand at the fair last year.

The event has 160 exhibitors this year (up from 153 in 2017), accommodated through a slightly larger purpose-built structure, with new cruciform layout, in the grounds of the Royal Hospital Chelsea. “We have introduced a new large aisle running at right angles to, and of almost the same scale as, the main aisle,” says Hewat-Jaboor. “This will improve the flow, give an additional prominent focus to the fair. It also means that we have increased the footprint, allowing us an additional number of exhibitors. We have moved Chelsea Ivy to the north side and now, with its own terrace, we will see a huge improvement.”