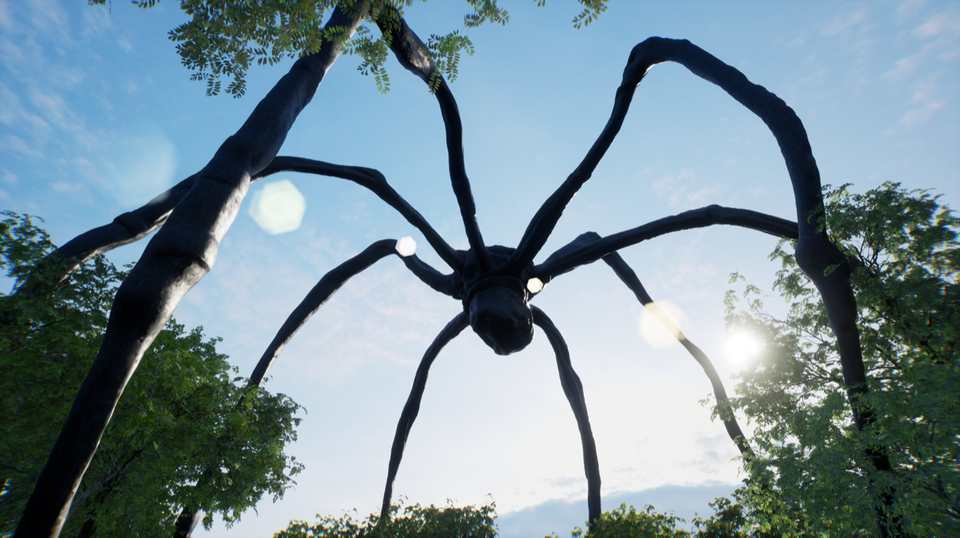 Galleries across the globe are quickly scaling up their virtual offerings as the coronavirus (Covid-19) pandemic keeps their physical storefronts shuttered. For the big blue-chip dealers, this more often than not means launching digital platforms that have already long been in development.

Hauser & Wirth is the latest mega-gallery to unveil a virtual arm of its enterprise in the form of ArtLab, a new international initiative dedicated to developing projects at the crossroads of art and technology. Its first major development is a custom-built virtual reality (VR) modelling tool called HWVR, which will be used to present the gallery’s debut VR-based exhibition at the end of April. The show will also offer a virtually rendered preview of the gallery’s Menorcan outpost, which was announced last year and is slated to open as an artist residency and added exhibition space in 2021.

“Given the current situation, with so many in essential self-isolation, we are accelerating the launch of ArtLab’s programs with a new approach to virtual reality exhibitions that can engage as many people as possible and bring them together while we’re all apart,” the gallery’s co-president Iwan Wirth says.

The technology, under development since last summer, is custom-built for the gallery and can build a virtual space pixel by pixel, rather than by 360-degree composite photography. It draws from digital techniques already in use in the fields of architecture, construction and video-game design.

Wirth adds that the primary goal behind HWVR’s creation was to “help our artists visualise the spaces where their exhibitions would be presented”, but that the gallery was equally as motivated by a desire to plan shows for their numerous locations around the world that reduce travel and transportation.

The ArtLab team has also developed software to convert the gallery’s database of artworks into 3D “assets”. The still unannounced works that will be featured in the inaugural HWVR exhibition will all be for sale, with 10% of the profits benefitting the World Health Organisation’s Covid-19 Solidarity Response Fund.

Hauser & Wirth’s introduction of HWVR comes just days after David Zwirner said he will debut two new digital initiatives later this month. "Studio" will present a rotation exhibition of one to three new works by artists the gallery represents, starting with a photograph by Wolfgang Tillmans created especially for the platform’s launch. Meanwhile, "Exceptional Works" will showcase secondary market offerings, beginning with a Josef Albers painting, Homage to the Square (1959), priced between $1m to $2m.

The first major dealer to substantially foray into online offerings in 2017 with the launch of his own virtual viewing room, Zwirner also announced Platform: New York in March, a virtual exhibition that features works by artists from a dozen smaller dealers in the city who were forced to temporarily close due to state-wide measures to slow the spread of Covid-19; included are galleries such as Bridget Donahue, Essex Street and 47 Canal.

Yet Hauser & Wirth’s ArtLab division more closely mirrors the production agency-inspired business model taken up by rival mega-gallery Pace last August when it launched PaceX to also foster art-and-tech crossover. To date, PaceX has yet to unveil its debut project, though the gallery brought on Christy MacLear—who led an advisory service for artists’ estates and foundations at Sotheby’s Art Agency, Partners—as the chief executive of the program, as well as Mollie Dent-Brocklehurst, the former president of Pace London who left to co-found the FuturePace project, as chief creative officer, both based in New York.

Hauser & Wirth’s ArtLab vertical will operate from the gallery’s London, New York and Los Angeles locations, with no major new hires anticipated as of yet.

“The core ArtLab group is existing Hauser & Wirth team members who had untapped skills and who intimately understood working with artists,” Wirth tells The Art Newspaper. “We built upon this by drawing upon highly skilled experts and consultancy as needed. We have now implemented training so that we can expand the knowledge base within the gallery.”

Additionally, ArtLab will host an invitation-only digital residency programme at Hauser & Wirth Los Angeles for artists and their studio teams.

Of ArtLab’s quick development, Wirth says: “Many of the best innovations are driven by necessity.”