Summer holidays in the Balearics this year are but a distant dream for most of us at the moment.

But not Hauser & Wirth.

No, today the mega-gallery has announced that, after five-years in the making, it will open an art centre on Isla del Rey off Menorca on 17 July with an exhibition of new paintings and sculptures by the American artist Mark Bradford (until 30 October).

The island's once-crumbling decommissioned naval hospital, 18th-century outbuildings and ruins of a 6th-century basilica have been restored over the past two years by the Paris-based, Argentinean architect Luis Laplace and turned into an exhibition space with eight galleries, a shop and a restaurant called Cantina. Outside, the landscape designer Piet Oudolf, who was responsible for the garden at Hauser & Wirth's Somerset base, has designed the garden, which will incorporate a sculpture trail featuring works by artists such as Louise Bourgeois, Eduardo Chillida and Franz West.

While travelling to the island may be tricky at the moment thanks to the pandemic, if you can actually get there it is in some ways suited to our socially distanced times. "Bear in mind, Isla del Rey was originally a quarantine island," says Iwan Wirth, president of Hauser & Wirth. "The remote location, an island off an island immersed in nature, is rather suited to the current circumstances. Museums in Menorca have been open for almost all of the period since Covid began which is cause for optimism." He adds: "Naturally, we’ll follow all guidelines required and if we need to limit numbers initially, it will be a more intimate and reflective experience for visitors." 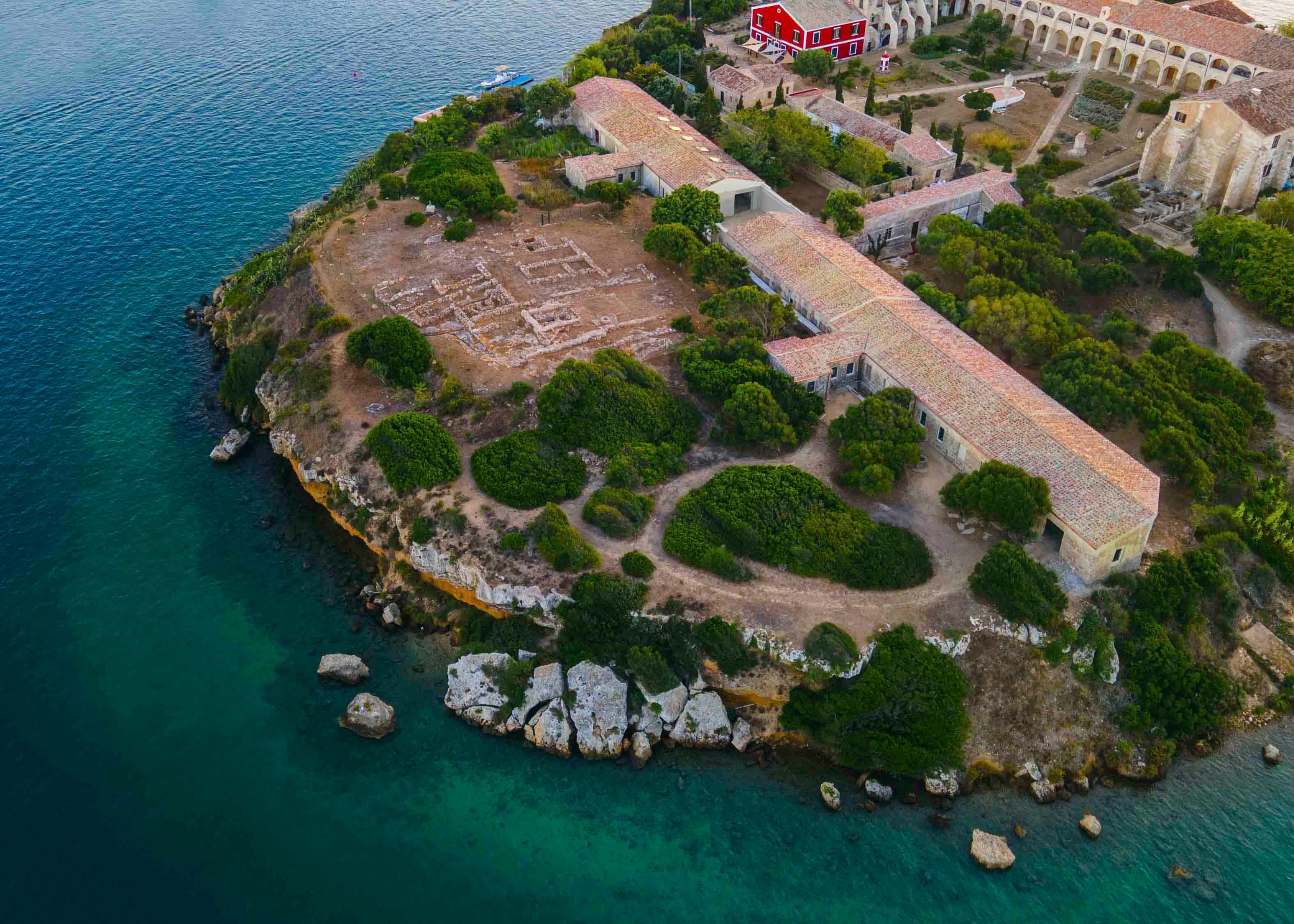 The restoration of the decommissioned naval hospital and other outbuildings has taken two years Courtesy of Hauser & Wirth. Photo: Be Creative, Menorca

Renovations have been overseen by Hauser & Wirth Menorca’s director, Mar Rescalvo Pons. Wirth was able to visit the island last summer and plans "to go as soon as we are able to travel again to view the finished site." He says: "It's been a challenge not to be able to visit more often. It is a sensitive conservation project both in terms of the architecture and the local ecology. Several environmental studies were conducted before work even started." But, Wirth adds: "We have been fortunate that the works were then able to continue more or less as planned."

On the choice of Bradford for the opening show, Wirth says: "Mark knows the Balearic islands well having lived in Mallorca for a few months in his 20s. The multi-layered nature of Mark Bradford's work and his interest in mapping is a perfect fit given the island setting in a natural harbour so steeped in history at the crossroads of the Mediterranean and with so many cultural influences over the centuries." While the audience is likely to be local at first, the Bradford show's extended run, Wirth hopes, will allow international people to catch it.

Bradford himself says of the show: "For the past year it’s felt like we’re living on Mars, masked up, suited up, six feet apart on ground that just won’t stop moving. Eventually you’ve got to decide to move with it, to recognise that the unsteadiness is just a part of the course of history. I’m excited to share this new body of work, and look forward to steadier ground ahead." Surprisingly, many of Hauser & Wirth's artists "wholeheartedly shared enthusiasm" for the island-based art centre, particularly as a residency is planned Courtesy of Hauser & Wirth. Photo: Be Creative, Menorca

Hauser & Wirth's popular rural Somerset gallery has been key to the Menorca project, Wirth says: "Somerset was clearly been the inspiration for the project on Isla del Rey both in terms of the remote location and gardens which have been especially important to the local community this year." Somerset "was also the reason we were first invited to Isla del Rey by the president of the Hospital Foundation’s board, Luis Alejandre, who had read about our art centre."

"The space is 128 metres long from east to west and 12 metres wide and has undergone major conservation over the last two years to restore the building," Wirth explains. "Before we went ahead, we consulted with several of our artists who wholeheartedly shared our enthusiasm for the project and are keen to work and exhibit in Menorca."

Wirth sees an lasting shift in how people want to experience art due to the pandemic, namely an abandoning of the urban for the rural and a greater appreciation of nature: "Everyone's relationship to nature has taken an irreversible shift in this period. An example is the urgency of debates on sustainability. We are all more keenly aware of the natural world and I am certain this will continue. Spaces such as the renowned sculpture parks Storm King and the Yorkshire Sculpture Park and sites such as Hauser & Wirth Somerset will remain popular."