The work, lent by Art Gallery of Ontario ahead of a major travelling show on the artist, will undergo research at the Rubenshuis 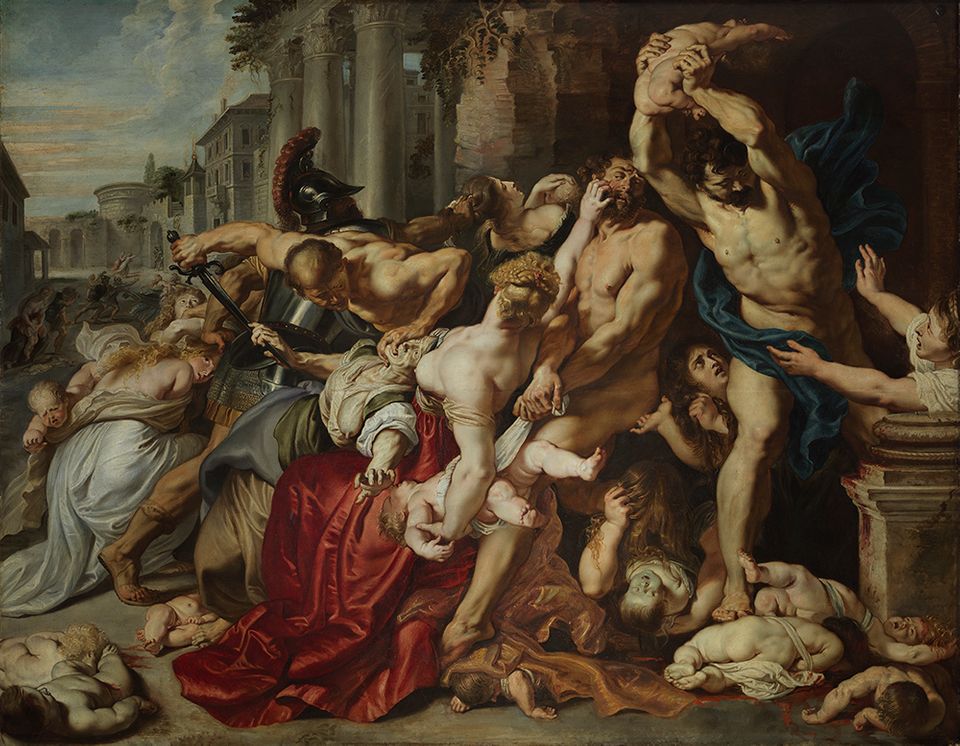 This September, Peter Paul Rubens’s early painting The Massacre of the Innocents (around 1610) heads back home to the Rubenshuis museum in Antwerp, where the artist lived and worked, for a solo presentation (26 September-April 2019) during Antwerp Baroque 2018. The work was given in 2008 to the Art Gallery of Ontario (AGO) in Toronto by the collector Ken Thomson, who bought it in 2002 at Sotheby’s London for £49.5m, then the record sum in sterling for a painting at auction. It was falsely attributed to the relatively minor artist Jan van den Hoecke during the 18th century, when it was in the collection of the Princely Family of Liechtenstein, and reattributed to Rubens only in the 20th century.

The focussed look is “a nice precursor” to its display in The Early Celebrity of Peter Paul Rubens, a major exhibition co-organised by the Fine Arts Museums of San Francisco, where it is to be shown at the Legion of Honor from 6 April to 8 September 2019, and the AGO, where it is due to travel that October. Large shows “don’t always afford the opportunity to stop and pause and think around one painting”, says the AGO’s curator of European art, Sasha Suda.

Seeing The Massacre of the Innocents in the artist’s studio, to which it had never before returned since its sale, “We can imagine with disbelief that he painted as much as he did within that relatively small space over a relatively short period of time… He establishes what is arguably the most productive artistic studio of all time to date in that space,” Suda says.

This dynamic, large-scale work, a heart-wrenching depiction of the Biblical story, was made shortly after Rubens’s return to Antwerp after eight years in Italy. It is a crucial demonstration of an “alchemical meeting” between what the artist learned there—an “incredible respect” for sculpture, the human body and a Caravaggesque “drama and enjoyment of light and contrast”—and Northern and Flemish characteristics such as directness, saturated colours and precise brushstrokes, Suda says. “There’s a dynamism for me of what comes out of that sort of alchemy that makes his early work feel like it’s so full of tension.”

During its time in Antwerp, “we hope to further research the commission and provenance of the picture”, which “will act as a catalyst for further research on Rubens’s workshop”, says Benjamin van Benden, the director of the Rubenshuis. The museum and the adjacent research institute Rubenianum plan to hold a symposium around the Massacre next March. The painting will also undergo imaging research in Antwerp. There are no plans for restoration work, as it is in “astonishingly” good condition and has only needed very minor restoration in the past, Suda says. “There’s no question that it experienced a sort of benign neglect” when it was hidden away in storage by the Liechtensteins for many years, she says.

Why was the masterpiece neglected? “It’s a tough picture in terms of its subject matter and the directness of the way he depicts it,” Suda says, and the Liechtensteins were known to deaccession violent works. “When you look at pre-Rubens Massacres, they tend to be quite a lot more choreographed and aesthetically sensitive, and he just subverts that expectation—if there was one—and creates something that is so visceral that you can’t turn away from it.”

This “extreme violence” is logical when you think of life in what was then the Spanish Netherlands during the Counter-Reformation, the curator says. Rubens made the work during the Twelve Years’ Truce, a respite to the violence, and Suda thinks such paintings are “demonstrations that history repeats itself”. With issues like migration and a “decline in human decency” today, she says, “this painting is really relevant to me.”