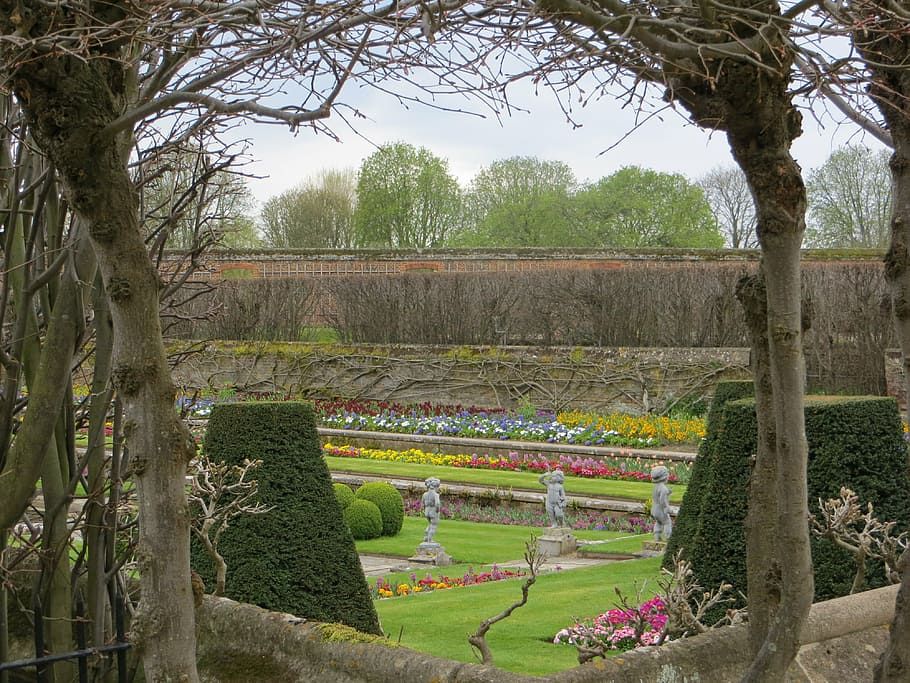 Heritage bodies across the UK, which rely on income from paying visitors, face financial meltdown in the wake of the coronavirus crisis. National Trust in England says that following the closure of its historic houses, parks and gardens, the conservation organisation expects a budget shortfall of up to £200m this year.

The National Trust for Scotland (NTS) is running a £28m deficit while the Historic Royal Palaces charity has projected a £95m financial black hole this financial year. “We are in danger of no longer being a going concern unless we take prompt action,” says an NTS spokesman.

The UK went into lockdown on 23 March, instantly cutting off revenue streams for long-established charities. Historic Royal Palaces, which oversees six sites including the Tower of London, is entirely self-funding. “The vast majority of our income (around 80%) comes from our visitors. Beyond that, we rely on the support of donors, sponsors and our members. We do not receive grant-in-aid funding. As we are contracted to Department for Digital, Culture, Media and Sport [DCMS], we had to ask the Secretary of State for permission to access a commercial borrowing facility, which he granted,” a spokeswoman says.

“When our houses, parks and gardens had to close due to the lockdown we lost much of the day-to-day charitable income that keeps us going,” says a spokeswoman for the National Trust which has 5.8 million members. “Memberships and visits by non-members to our places make up the majority of our income,” she adds. Visits generate additional revenue when people spend money in an on-site café or shop.

The NTS, which looks after 271 listed buildings, faces the same dire predicament. More than 400 staff are subsequently at risk of redundancy, primarily in “visitor-facing roles”. Its funding deficit prompted the launch of an emergency fundraising campaign called Save Our Scotland, which aims to raise at least £2.5m.

The crisis has adversely affected most of the organisation’s income sources. “We have had no retail, catering and holiday cottage income; our existing membership is holding up but in a normal year’s ‘churn’ we can expect more people to join than leave and few are joining for obvious reasons; we have no paying visitor income due to the properties being closed… our investments—using charitable funds gifted or ring-fenced for that purpose—are providing very low returns due to the economic turmoil caused by the pandemic,” the spokesman says.

The organisation has approached the Scottish Government and asked for a one-off subsidy of between £6m to £10m. “So far no support is forthcoming, but the government established a ‘task group’ to look at potential turnaround business plans. It is due to complete its work at the end of July,” the spokesman says.

What happens next is crucial; NTS is starting to open properties again as lockdown is eased. “But we cannot afford to open all and around half of our built heritage properties will be closed until Easter 2021 and a few until 2022,” the spokesman adds. Around 30% loss of income in 2021/22 is expected due to reduced visitation and the ongoing economic uncertainty.

Funding problems are compounded by the slow recovery of inbound tourism which is widely predicted to take years, says the Historic Royal Palaces spokeswoman. “Two-thirds of our visitors are tourists visiting from overseas, so this will continue to have a significant impact on our finances,” she adds. Earlier this month, a Twitter appeal announcing the reopening of the gardens at Hampton Court and Hillsborough castle in Northern Ireland helped boost visitor numbers.

The National Trust meanwhile began to reopen its gardens and parklands from early June—more than 120 have since been made publicly accessible—and is working on plans to reopen its houses. It is urging the UK government to make any economic recovery plans “green not grey”, which would ensure “more people have better access to nature-rich green space”.

Asked whether the new £1.5bn funding package for the arts, announced yesterday by the UK government, would help, the spokeswoman at Historic Royal Palaces says that “it’s really too early to say; we need more detail”. John Barnes, the chief executive of the charity, welcomed the cash injection, saying that the government recognises “the significant cultural and economic contribution made by the heritage sector in this country”. A sum has been set aside for English Heritage in the rescue package.