Diplomats hint at future cooperation between the countries at Texas conference 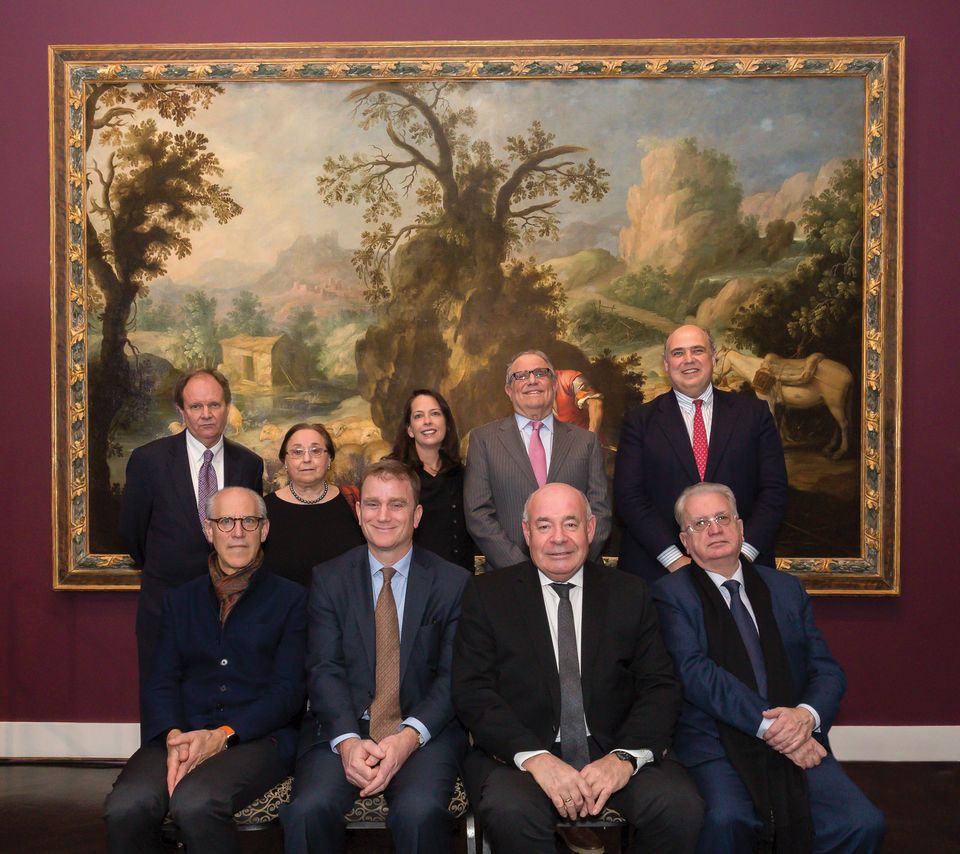 The icy state of art loans between the US and Russia should end, both countries agree. A hint at future cooperation was offered at an art diplomacy conference held on 13 February at the Meadows Museum of Southern Methodist University in Dallas, Texas.

The keynote of the event, organised in conjunction with the Association of Art Museum Directors (AAMD), was a discussion between Glenn Lowry, the director of the Museum of Modern Art in New York (MoMA), and Mikhail Piotrovsky, the head of the Hermitage Museum in St Petersburg, with both leaders demonstrating their willingness to find a solution to the impasse.

“You have a strange moment where relationships [between curators and museum staff from both countries], at a personal level, have probably never been better”, Lowry said at the Dallas conference. And yet at an institutional level in terms of exchanging exhibitions, “it’s never been more difficult”.

“You’re right,” Piotrovsky said, pointing to the many past connections and joint projects between the countries’ museums. “All this is now in danger. And we can revive it, but we have to think about how we can do it.”

The current freeze in official art exchange stems from a 2010 decision by a Washington, DC federal court directing Russia to return a library in its possession to a US Jewish organisation, Chabad. Russia’s failure to take part in the court proceedings triggered daily $50,000 fines for contempt. Since then, Russia has said that it cannot loan art to the US because it could be seized as collateral to satisfy the judgment. But that reasoning ignores existing legal protections under which the US State Department can make art loans immune from seizure upon request.

Piotrovsky said that a central obstacle is the fundamental difference in cultures. “It’s about trust. A Russian [thinks]: ‘If you give me your word, that is enough.’ In America, it must be legal… For us, legislation is not enough. Tell me that the exhibition will come back [to Russia]. Give me a personal guarantee,” Piotrovsky says.

“You’ve just learnt a great lesson between our two countries,” Lowry told the conference’s audience with a smile. He added: “You have to trust your partner, but you have to also want to do something. And I think what’s broken at the moment is the volition [between the governments]. There is nothing substantive that precludes the possibility of [loans between Russia and the US] that volition can’t resolve.”

Piotrovsky agreed that “museums are bridges, and the bridges between us should be the last ones to be blown up.” He offered that “a little bit of goodwill will help” and that perhaps “we can make limited exchanges, one painting for one painting, with a lot of noise and publicity to show it can be done”.

In a separate discussion, Nicholas Berliner, the head of Russian affairs at the US State Department, cited its art immunity programme, and lamented the current “very tense time between the US and Russia”, which is at a low point. But he stressed the US “unequivocally supports art loans and cultural exchanges”.

However, ambassador Mikhail Shvydkoy of Russian’s Ministry of Foreign Affairs, voiced concerns about the $50,000 daily fines in the Chabad lawsuit and the “security risk” of lending government-owned art, calling for stronger assurances. He called for an agreement about the safety and security of art lent to the US for exhibit.

What, asked the moderator, SMU history professor Daniel Orlovsky, needs to be done?

“First, we need to talk, and we have been talking,” Berliner said. “What’s needed is the opportunity to make progress. We believe existing US law does provide the protections the Russian side is seeking for their art, although we understand Russia’s concern.” A government agreement, he said, could be possible.

Shvydkoy said there will be a meeting of experts from both countries’ foreign offices in March. “I hope they will prepare the last draft of an agreement so we can look towards big projects,” perhaps, he hinted, between the Hermitage and MoMA.

After the conference, Piotrovsky told The Art Newspaper that he applauded the goodwill and saw evidence of “light in the future”. But he added these issues are not confined to the US and Russia. “No exhibition is safe from law suits and restitution,” he warned. “So a world scheme is necessary. Culture has its own rights—it must have its own privileges, as it does with taxes and customs regulations. It needs to be taken out of the realm of strict legal procedures.” Piotrovsky cited the controversial British Museum loan of the Parthenon Marbles to Russia as one of the “highest examples of trust, a combination of the goodwill of museums, foundations and governments”.