Unknown artists rub shoulders with big names, while the fair director wants to stay on

After five years at the helm of Turin’s Artissima, Sarah Cosulich’s tenure has come to an end. The fair is state-sponsored, which means she has had to reapply for the position and although Cosulich’s role has not been confirmed, she seems keen to stay on. “I feel there is more work to be done, but I do think I met the objectives that I set myself when I started here,” she says.

Coming from a curatorial background, it took a while to get used to the “different dynamics of the commercial art world,” Cosulich adds. In a quest to differentiate the fair, she decided to “connect it to the city and its institutions”. Indeed, the usually camera-shy city has come alive this week with exhibitions and events that are almost all connected to the fair, either directly or obliquely. With more than 50 curators and museums directors working throughout the year to develop the fair’s programme, Artissima has become a curatorial must in the art world’s calendar.

From complete unknowns to tried and tested, market-friendly artists, here is a selection of standout works and booths that speak to the variety of art on the aisles this year.

Greta Schödl at Richard Saltoun The Austrian artist Greta Schödl, who is 87 and lives in Bologna, “has no history”, says the London dealer Richard Saltoun. “Paola Ugolini, the curator of this stand, discovered her by total chance in a completely unrelated situation. This is the first time her works have ever been in a commercial setting.” Her works are so fresh to the market (though most were made in the 1970s), that many of them don’t even have titles or dates. The selection of delicate, word-based works on paper and fabric are affordably priced between €1,000 and €10,000. They proved a hit and the gallery sold around 20 pieces on opening day—unusual at a fair that is known for its slower-paced sales. 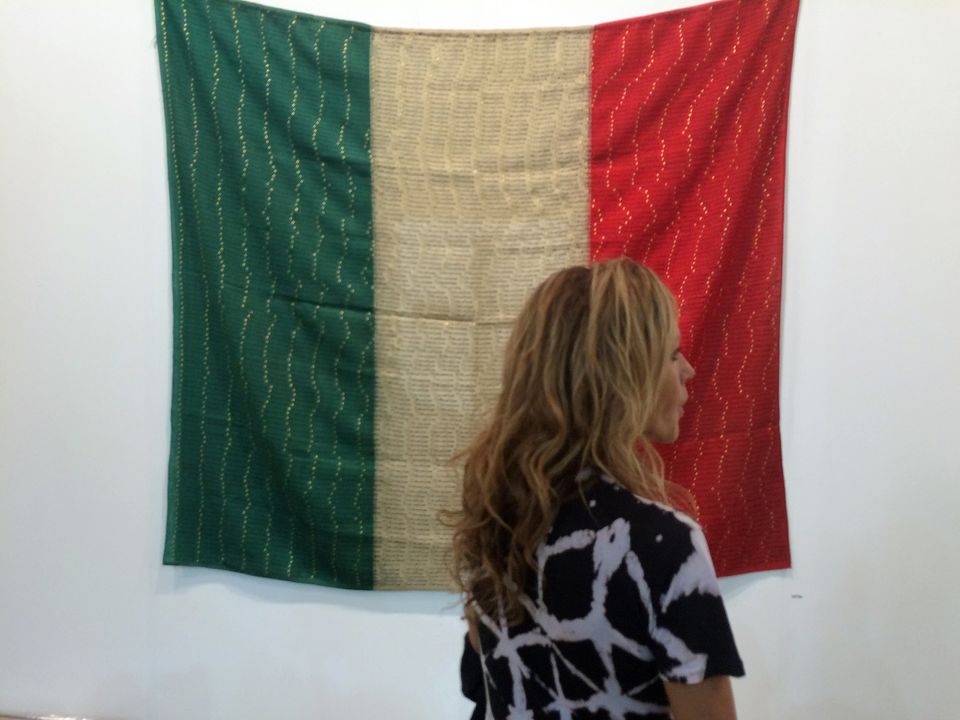 One of Greta Schödl's untitled works from the 1970s, on show at Richard Saltoun's gallery at Artissima. The flag is covered in handwriting

William Kentridge at Lia Rumma It has been a good year for the South African artist William Kentridge, who has already scored an exhibition at London’s Whitechapel Gallery (until 15 January 2017), as well as inaugurating a much-talked about mural along the right bank of the river Tiber, called Triumphs and Laments. The 550m-long frieze, which depicts a procession of more than 80 figures from Roman mythology to the present, is the starting point for the large-scale works on sale at the gallery for five-figure sums. These stencil-like, stainless steel wall sculptures evolved from cardboard cutout figures that Kentridge made for a series of performances at the mural’s launch in April. 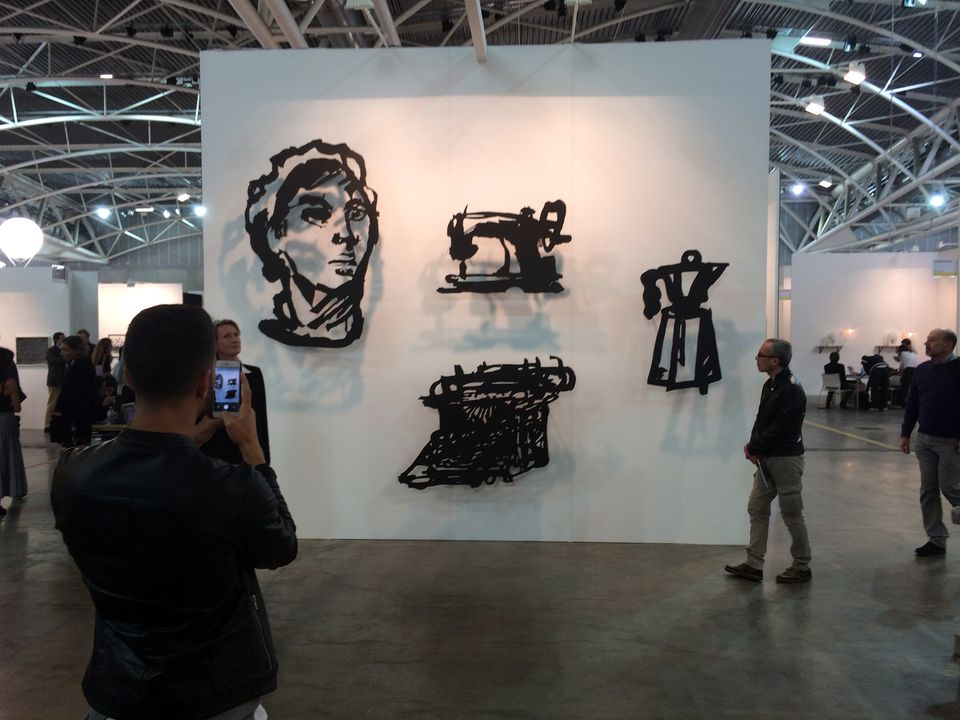 Andreas Burger at Loom Gallery At Artissima, small galleries are often given centre stage while the more established galleries, who need less exposure, can usually be found a few aisles back. This is the Milan-based gallery’s first fair. It is presenting a solo booth by the Berlin-based Italian artist Andreas Burger because “we know the committee here like curatorially driven projects,” says the gallery’s director Luca Maffei. Burger’s ambitious work Busts (2012), priced at €40,000, addresses the fading role of the individual in society—the first, fully formed bust in the series is gradually eroded “in reverse” to become a mere block of clay. Though still available on Friday afternoon, the gallery sold three other works priced around €5,000 each. 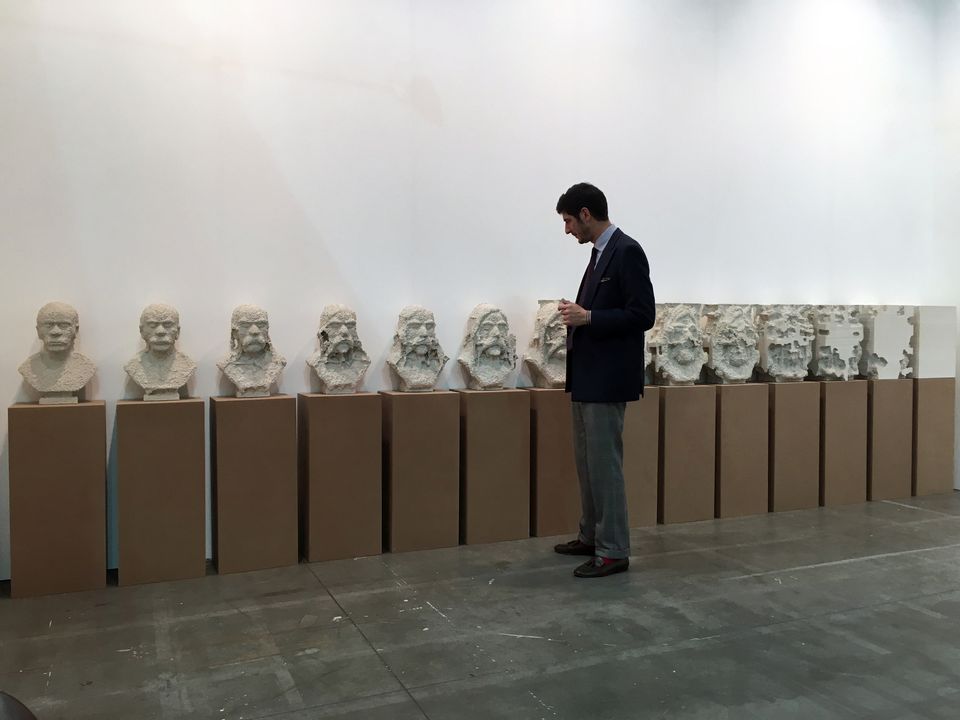 F. Marquespeteado at Mendes Wood The São Paulo-based gallery is a regular at the fair (Pedro Mendes is on the committee), and it has been instrumental in helping bring around 30 South American collectors to Artissima this year. “There’s a strong connection between Brazil and Italy,” says the gallery’s director Magê Abàtayguara. Its colourful solo booth by the veteran Brazilian artist F. Marquespeteado has “elements of Arte Povera thanks to the found objects in the works,” Abàtayguara says. The gallery has sold two of its large “character-based” wall pieces, which consist of delicately arranged objects that tell the story of a particular person, both priced around $15,000 and an embroidered curtain walled Fringed Curtain “Main Course” (2016) for $20,000. 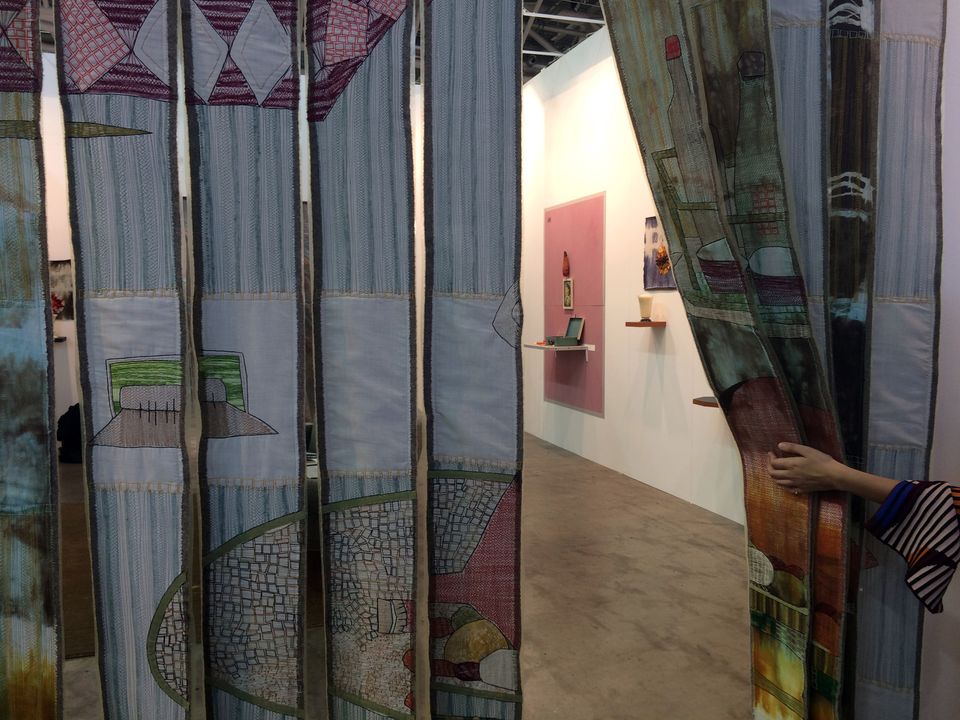