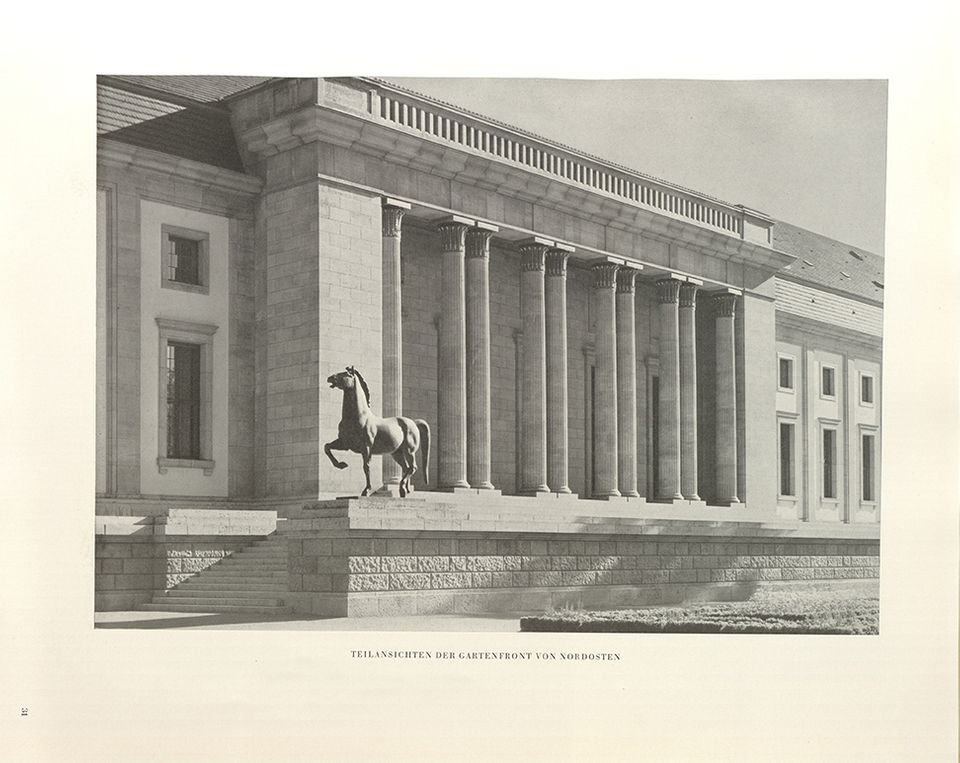 Two bronze horses sculpted by Josef Thorak for Adolf Hitler’s New Reich Chancellery that were abandoned on a Soviet military base in East Germany will become government property after a legal settlement with the collector who acquired them, according to the German culture ministry.

Under the terms of the agreement the collector, Rainer Wolf of Bad Dürkheim near Mannheim, will retain other Nazi sculptures that were seized by police on his properties in 2015. These include two larger-than-life portrayals of muscular men by Arno Breker and two female nudes by Fritz Klimsch.

Without giving details, the government said in the statement that it plans to exhibit the monumental horses by Thorak.

“There is not much left of the Reich Chancellery, which featured very prominently in Nazi propaganda,” said Stephan Klingen, an art historian at the Central Institute for Art History in Munich. “These horses belong in a museum, not in the cellar of a private collector. It is better that we can see them.”

The Reich Chancellery, built for Adolf Hitler by his chief architect Albert Speer, was largely destroyed in the Second World War. What remained was demolished by the Soviet occupiers. Thorak’s horses were discovered by a West German art historian on a sports field at the Soviet base at Eberswalde, near Berlin, in 1988. Wolf found out about them after the scholar wrote an article in the Frankfurter Allgemeine Zeitung, according to German media reports dating from 2015.

With the help of middlemen, he acquired the sculptures from the Soviet military authorities, German media reported at the time of the seizure. They were smuggled out of East Germany in pieces, disguised as scrap metal, months before the fall of the Berlin Wall.

After Berlin police seized the sculptures in 2015 on suspicion that Wolf was harbouring stolen goods, the government claimed ownership. But Wolf, a collector of Nazi memorabilia, insisted his purchase was legally valid.

The agreement announced on 26 July ends a legal dispute dating back to the seizure six years ago.