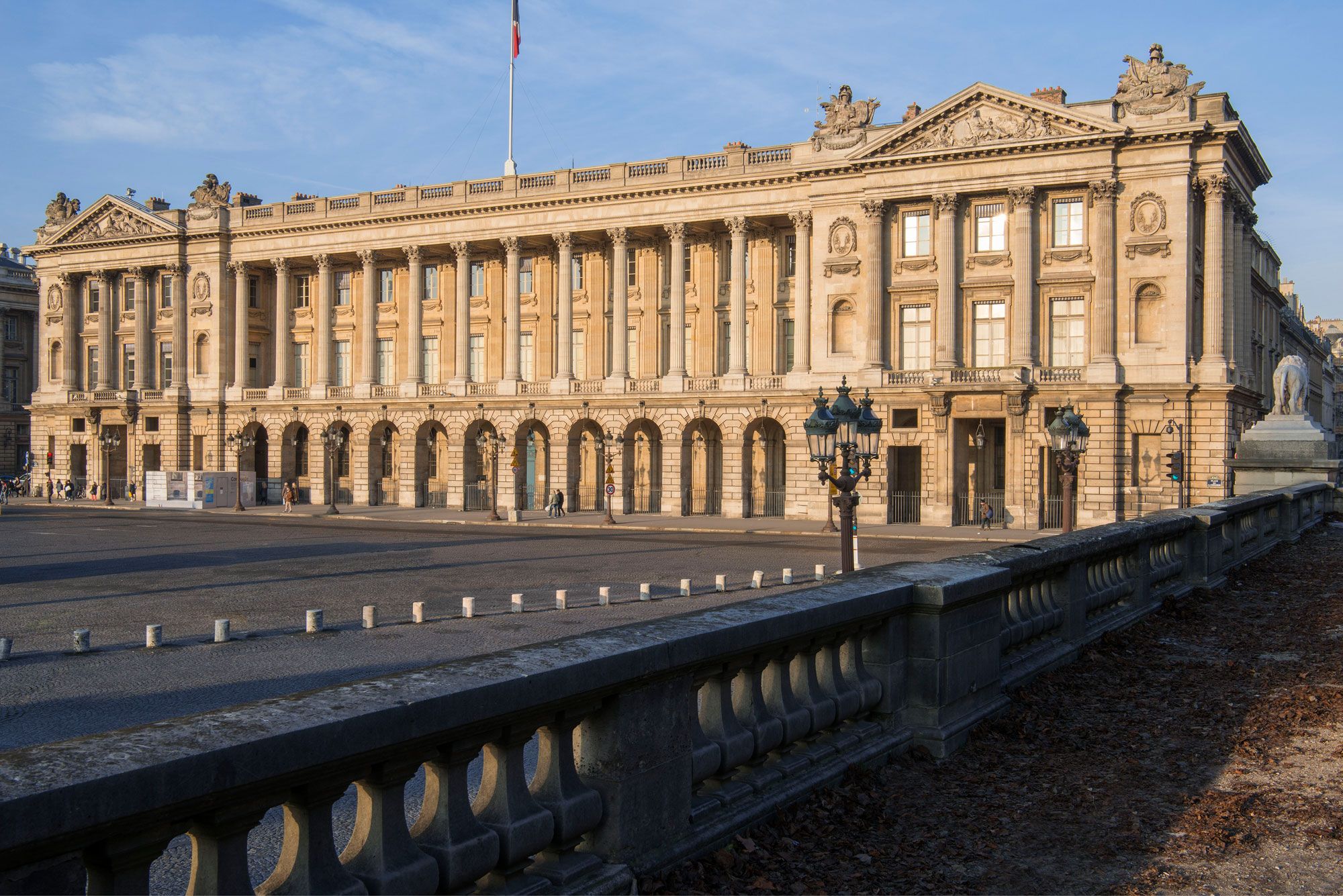 France’s Centre des Monuments Nationaux (CMN) has unveiled a new-look Hôtel de la Marine in Paris after a four-year restoration project costing €132m. The 18th-century state apartments, 19th-century reception rooms and a shop opened to the public on 12 June, with a gourmet restaurant and new displays dedicated to the private collection of Qatar’s Al-Thani dynasty to follow this autumn.

Located on the Place de la Concorde between the Champs-Élysées and the Tuileries gardens, the Hôtel de la Marine was designed in 1758 by Ange-Jacques Gabriel, the chief architect to King Louis XV. The 550-room palace served as the Crown’s furniture storage unit, the Garde-Meuble, before becoming the headquarters of the French navy for more than 200 years. It is where is where the Crown Jewels were stolen during the Revolution in 1792, where the decree that abolished slavery in France and its colonies was signed in 1848, and where sumptuous balls were held throughout the 19th century. 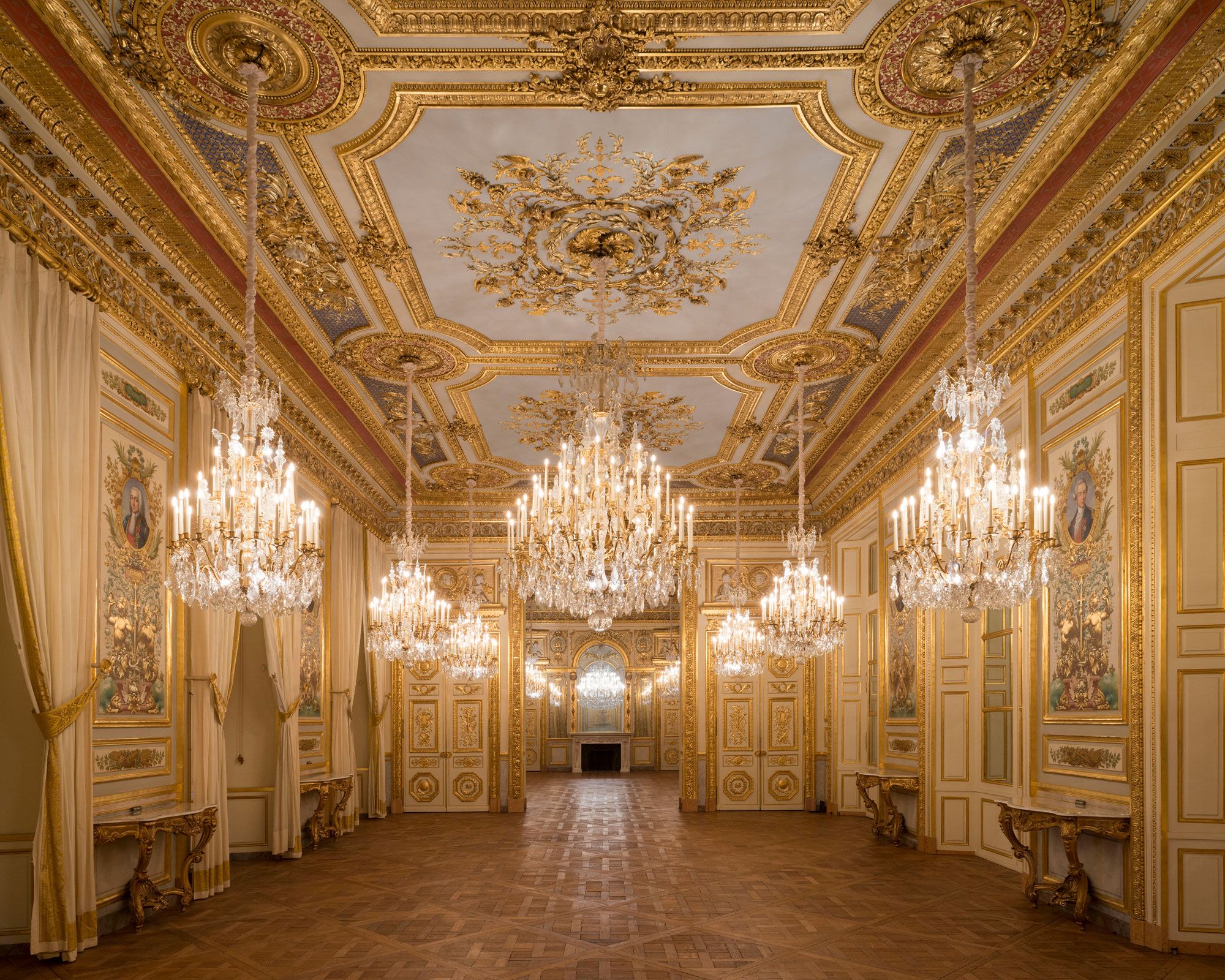 The 19th-century salon of the admirals and the salon of honour. The palace was the headquarters of the French navy for more than 200 years Photo: © Ambroise Tézenas / Centre des monuments nationaux

Plans to turn the vast building into a rotating exhibition space run by the Musée du Louvre were approved by former French president Nicolas Sarkozy in 2012 but later dropped. After years of debate, the CMN, which manages nearly 100 state-owned historic landmarks around France, was entrusted with the long-term lease in 2015.

The state apartments once occupied—and luxuriously furnished—by the Garde-Meuble intendants were restored under the supervision of interior designers Joseph Achkar and Michel Charrière. “The idea was to remove any trace of previous interventions. We peeled every single layer of paint off the walls,” Achkar says. “The 18th-century wallpapers and textiles we chose were almost as good as new,” adds Charrière. “It is as if Pierre-Elisabeth de Fontanieu [the intendant from 1767 to 1784] had never left.” The CMN also managed to acquire the very first writing desk De Fontanieu commissioned for his private quarters from cabinetmaker Jean-Henri Rieserner.

The spaces dedicating to exhibiting Qatari sheikh Hamad bin Abdullah Al-Thani’s collection of more than 6,000 items from Antiquity to the present will not open until October or November. Then, visitors will have the choice of three audioguide “circuits”: a 45-minute tour of the reception rooms and loggia, a visit to the Al-Thani collection or the Grand Tour, a combination of the two. 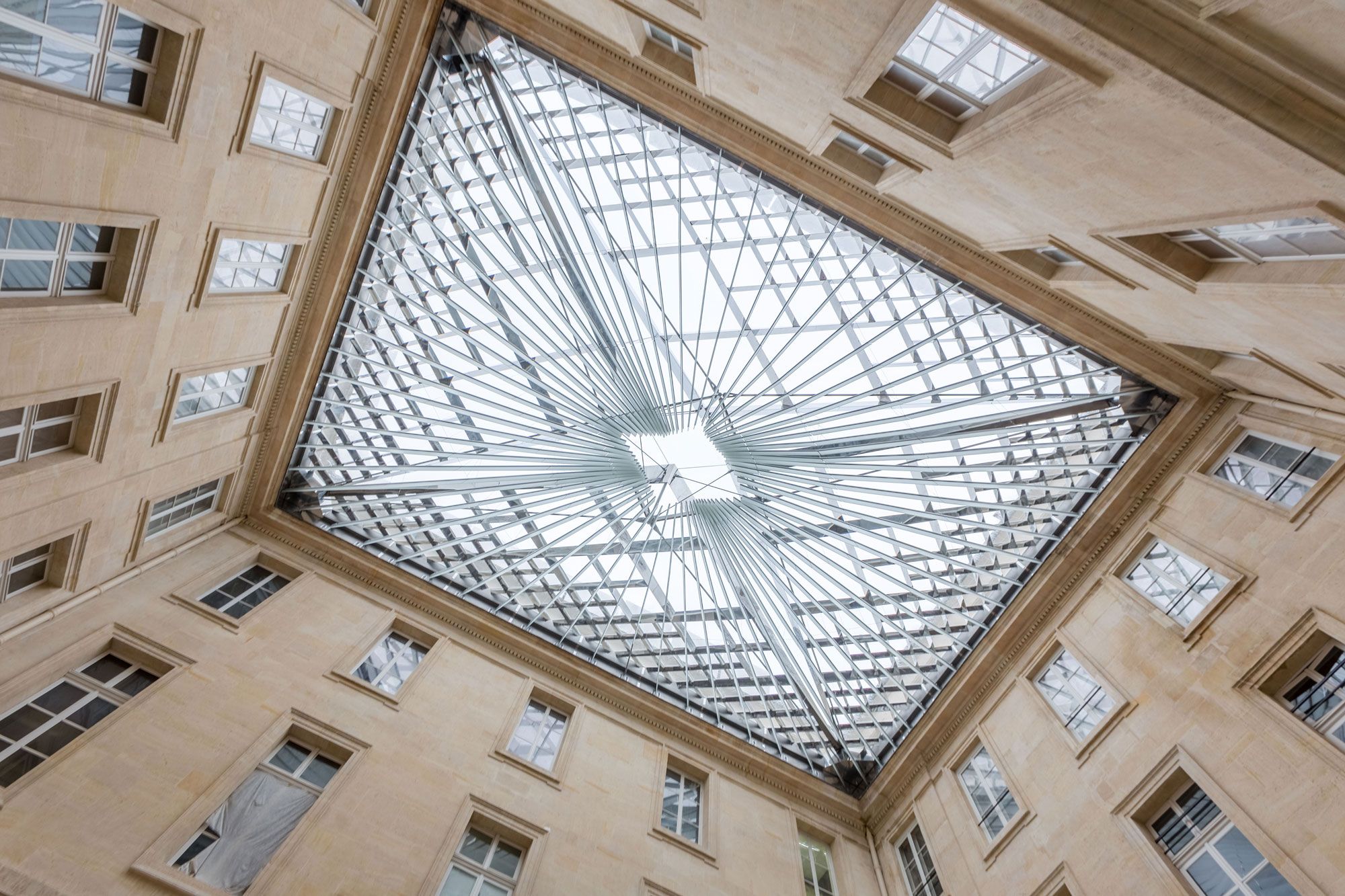 Each tour begins in the Intendant’s Court, an internal courtyard that has been covered with a new pyramid-shaped glass roof designed by architect Hugh Dutton in close collaboration with Christophe Bottineau, the chief architect of French historic monuments. Visitors are accompanied by a state-of-the-art audioguide headset known as the Confidant, an interactive tool that relies on binaural recording to create an impression of three-dimensional sound, contributing to a more immersive experience.

The €132m project has been made possible by a €80m loan, with a relatively modest subsidy of €10m coming from the French state. The Al-Thani foundation also paid €20m as part of the 20-year exhibition agreement for the collection, signed in 2018.

In addition to ticketing and retail income, the CMN intends to repay its loan by hiring out around half of the 12,000 sq. m site. Morning, a company that operates Parisian co-working spaces, will take over 6,000 sq. m on the monument’s third, fourth and fifth floors. Its 14-year tenancy alone (renewable once for a further decade) is expected to recoup up to €80m. The international football governing body Fifa is set to launch a new regional development office in Paris on one of the floors.