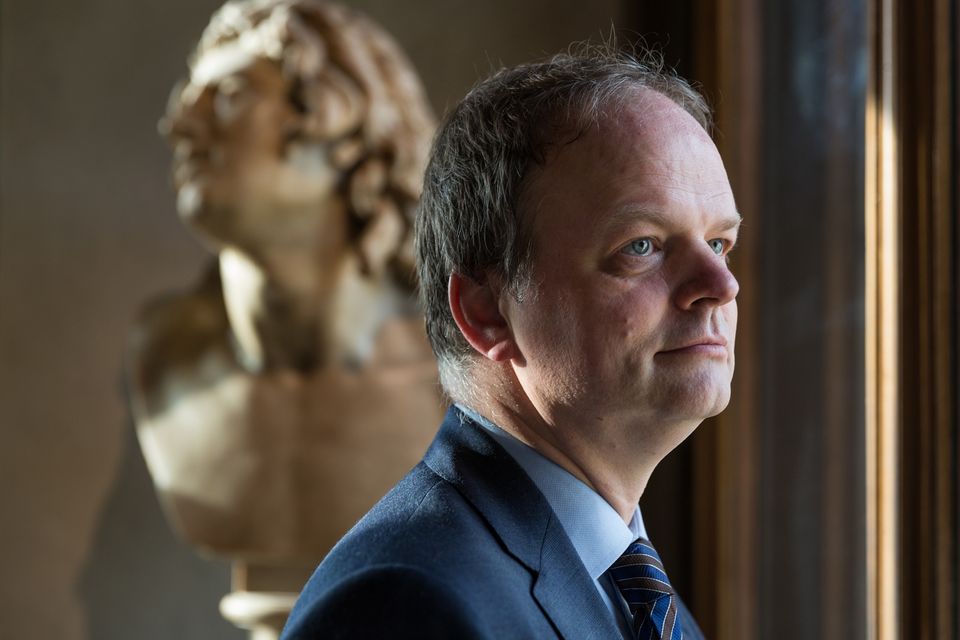 The arrival of Eike Schmidt as the first non-Italian leader of Florence’s Uffizi galleries caused a stir in summer 2015. The German-born sculpture scholar was among 20 new “super-directors” selected by the Italian culture ministry to transform the country’s prestigious but outmoded state museums and heritage sites, including the Galleria Borghese in Rome and Gallerie dell’Accademia in Venice. A second wave of appointments at a further ten institutions followed this February.

“Things have settled down now,” he tells The Art Newspaper. “People are complaining that ‘the foreigner’ will soon be off again.” On 1 September, the Austrian culture minister, Thomas Drozda, announced that Schmidt will take over as director of Vienna’s Kunsthistorisches Museum in 2019.

Will it be for others, then, to enjoy the fruits of his labours in Florence? “I will enjoy some of them myself,” he says in his booming bass voice. “But what you can set in motion over four years as part of a root-and-branch reform is enormous.” The Italian reforms, which give the new directors much greater influence over museum budgets (all profits were previously paid to central government and redistributed nationally), are “among the most radical in the world”, Schmidt says, “but it’s not really clear how those reforms will pan out in detail”.

The government’s high-profile recruitment drive restricted the directors’ contracts to four years, renewable only once. “Nowadays, you have to think two or three years ahead about what you’re going to do afterwards”, Schmidt says, defending the announcement of his departure after just two years. He declines to comment further on Vienna, preferring to focus on the second half of his Uffizi tenure.

“I’ve already done a great deal of what I was planning to achieve,” Schmidt says, stressing that most of his new colleagues have supported his innovations. “Many people were just as frustrated with the situation and were ready to commit themselves to the reforms.”

Some of these changes have been behind the scenes. The museum was in a “staffing crisis” when Schmidt arrived. There were almost no legal or finance specialists on the staff, which was “nearly all art historians, and a few architects—an almost Russian situation”, he says.

Italy’s “terribly convoluted system” also meant that many employees were officially counted as part of the Uffizi—a complex that includes the Palazzo Pitti and Boboli Gardens across the river Arno—even after they had transferred elsewhere. “Untangling it all was a huge task,” Schmidt says. “Even within the institution, I had to assign people to the right departments.” This was not without opposition. In July, more than 30 art historians and conservators who were previously known as heads of department protested in a letter that Schmidt had downgraded their roles.

Front of house, meanwhile, he has sought to emulate the visitor-centred approach of British and US museums. “Visitors should no longer be seen as a nuisance. The reorganisation of the spaces has been carried out to prioritise the visitor,” Schmidt says of the 15-month rehang of the Uffizi’s popular Botticelli rooms, completed last October. “We have to create space around the paintings.” Next in line are the galleries dedicated to Leonardo da Vinci.

Visitor numbers to the Uffizi swelled to record levels of more than two million in 2016. Schmidt has devised a new seasonal ticketing system to manage the crowds, effective from 1 March. “Admission charges [will] vary with the date and time. But others will need to cooperate, for instance by making coach parking fees equally variable.” The initiative should reduce the lengthy queues at the entrance. “In the high season, we’ve seen people wait as long as three hours,” Schmidt says. He has also overhauled visitor information inside the museum and online. A new website launched in September.

A major problem still without a solution is the profiteering of an estimated 2,400 unlicensed tour guides, who buy tickets online and resell them at inflated prices. “So far, there hasn’t been the political will to deal with it,” Schmidt says regretfully. He does not, however, complain that the Uffizi’s day-to-day operations have taken him away from the art historical research he conducted in previous posts at Washington’s National Gallery of Art and the J. Paul Getty Museum in Los Angeles. His doctoral thesis, as it happens, was on the ivory sculpture collection of the Medici family—the Florentine rulers who built the Uffizi and the Palazzo Pitti.