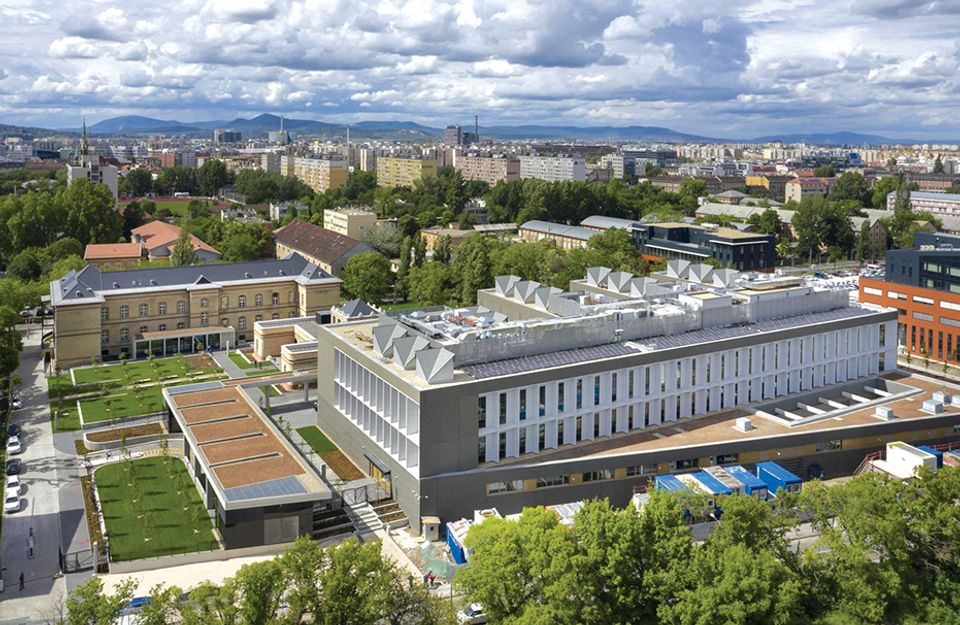 OMRRK + the design by SANAA for the New National Gallery. ©Varosliget Zrt. 2019

Hungary is another step closer to completing its ambitious new museums quarter. The so-called Liget project, initiated in 2011, aims to transform Budapest’s city park (Városliget) into a cultural hub, including the new National Gallery, Museum of Ethnography and House of Hungarian Music, alongside the existing thermal baths and an expanded city zoo.

The project hit a major milestone in May, as the Hungarian prime minister Viktor Orbán opened one of Europe’s largest museum collections centres on the nearby site of a former hospital.

Costing €70m and spread over 30,000 sq. m, the National Museum Restoration and Storage Centre (OMRRK) is viewed as an essential resource for Liget institutions, including the Museum of Fine Arts, which reopened last October. OMRRK will host around 300,000 objects and 100 conservators, including those who previously worked at individual museums, as well as new recruits. The complex is also home to the new Central European Research Institute for Art History, which will support exhibitions, conferences and publications on Hungarian and regional subjects.

László Baán, the director of the Museum of Fine Arts and mastermind of the Liget project, says the team behind OMRRK visited a number of international venues to prepare for the challenge of rehoming collections that range from Egyptian sarcophagi to contemporary art. The centre is comparable in “function and scope” to the British Museum’s World Conservation and Exhibitions Centre, he says, and its technical facilities are unique in central Europe.

Baán adds that implementation plans for the New National Gallery, which is being designed by the Japanese architects SANAA, will be completed this year, with construction expected to begin soon after. The restored Olof Palme House, a 19th-century kunsthalle that had fallen into disrepair, will reopen later this year as an exhibition and events space, while Sou Fujimoto’s House of Hungarian Music is scheduled for completion in 2020.

Orbán’s far-right Fidesz government, which has been in power since 2010, has continually given Baán’s Liget plans the necessary political and financial support. In a politically charged speech inaugurating OMRRK, the prime minister declared that the project would help Hungary to reclaim “its past greatness and glory in the cultural sphere”.