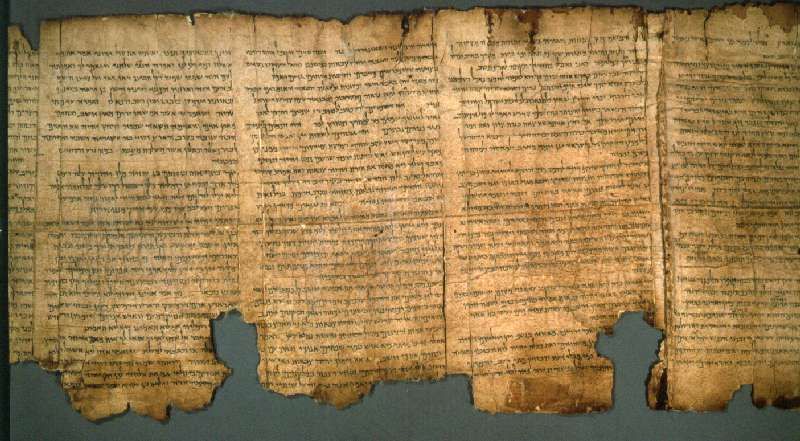 Written over 2,000 years ago, the Dead Sea Scrolls bear the earliest known manuscripts of the Hebrew Bible, but details about the scribes who made them have remained elusive. Now, researchers have discovered that more than one scribe could work on a scroll, providing a rare insight into the lives of the individuals behind these important documents. 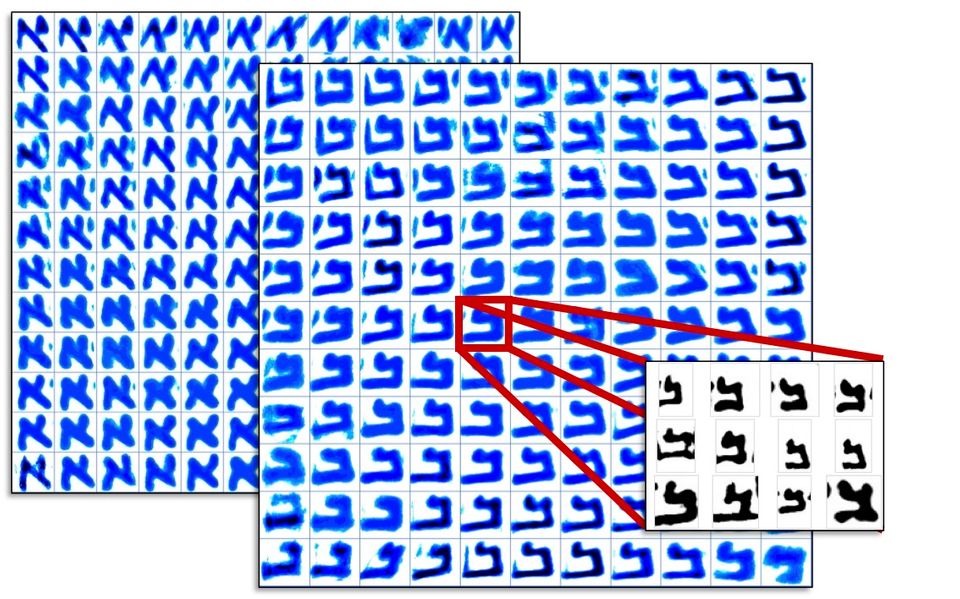 Two 12x12 Kohonen blue colourmaps of full character aleph and bet from the Dead Sea Scroll collection. Each of the characters in the Kohonen maps is formed from multiple instances of similar characters (shown in box). These maps are useful for chronological style development analysis. In the study of writer identification, fragmented character shapes were used to achieve more precise results Photo: Maruf A. Dhali, University of Groningen

The study, published in the journal Plos One, reveals that two scribes wrote the text of the Great Isaiah Scroll, which is more than seven metres long and bears the earliest known copy of the Book of Isaiah, spread across 54 columns of Hebrew text.

“They shared a very similar writing style, which made it difficult for the human eye to distinguish [between] them throughout such a big scroll,” says Mladen Popović, the professor of Hebrew Bible and Ancient Judaism at the University of Groningen, The Netherlands.

From left to right: greyscale image of column 15 of the Great Isaiah Scroll, the corresponding binarized image using BiNet, and the cleaned-corrected image Reprinted from Lim TH, Alexander PS. Volume 1. In: The Dead Sea Scrolls Electronic Library. Brill; 1995 under a CC BY license, with permission from Brill Publishers, original copyright 1995

Popović, who conducted the study with colleagues Maruf Dhali and Lambert Schomaker, also showed that halfway through writing the manuscript, the second scribe took over the work, starting a new sheet of parchment with a new chapter of the Book of Isaiah. Given the similarity of their handwriting, it is possible that the two scribes trained together.

To see whether an ancient manuscript has one or more authors, experts study the handwriting, but this method can lead to different interpretations. Knowing this, the researchers used multiple methods of investigation, including statistical analysis and artificial intelligence (AI) techniques.

“With the help of the computer and statistics, we can pick up subtle and nuanced differences in handwriting that we cannot with the human eye only,” Popović says.

Using these techniques, the team compared the characteristics of different Hebrew letters throughout the manuscript—with around 5,000 examples of the letter "aleph" alone, this would have been impossible for a human to achieve in such detail. The analysis highlighted minute variations in the writing, even down to how each scribe made the ink strokes forming the letters.

An illustration of how heatmaps of normalised average character shapes are generated for individual letters (in this example: aleph) Maruf A. Dhali, University of Groningen

“This is empirical evidence in a very concrete case—the Great Isaiah Scroll—for two scribes collaborating on such a big project. It tells us they worked in teams. That is not just a conjecture, but based on evidence now,” Popović says.

But this is just the first step, he adds. “We have opened the door to the microlevel of individual scribes. This will open new possibilities to study all the scribes behind the Dead Sea Scrolls and put us in a new and potentially better position to understand with what kind of collection, or collections, of manuscripts we're dealing [with] here from 2,000 years ago.”

about 14 hours ago
As a Sotheby’s auction looms, scholars protest against Newark Museum of Art’s plan to sell a Thomas Cole painting and other works