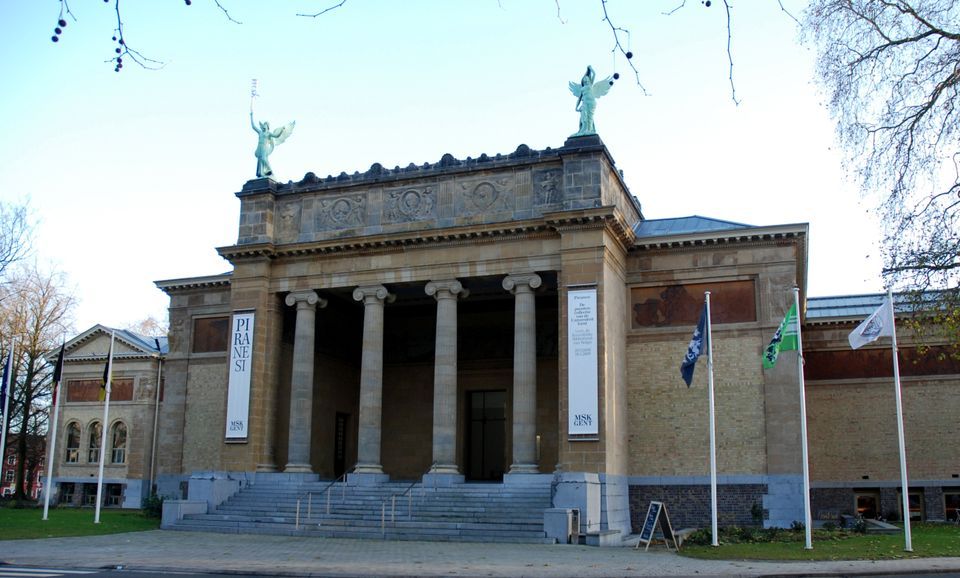 Russian collecting couple, Igor and Olga Toporovsky, have been arrested in Belgium on suspicion of fraud and money laundering according to our sister publication, The Art Newspaper Russia (no charges have yet been brought).

The pair are linked to a show of Russian avant-garde works held at the Museum of Fine Arts in Ghent in 2017 (Russian Modernism 1910-30), which sparked controversy after doubts were raised about the authenticity of some of the pieces featured.

More than 20 works were loaned to the Ghent show from the Dieleghem Foundation established by Igor Toporovsky, who is now based in Brussels. The couple’s lawyer, Brussels-based Sébastien Watelet, tells The Art Newspaper: “My clients will react after New Year’s Eve.”

The lawyer Geert Lenssens says he brought the criminal complaint on behalf of his clients. The Art Newspaper understands that Lenssens represents a group of international art dealers and collectors based in the US, UK and Europe.

“The Toporovskys were arrested early last month by the Belgian federal police after a criminal complaint deposited 18 months ago by our clients. Both are held in custody; the criminal court prolonged their arrest for one month on Friday 20 December,” Lenssens says. It is unclear if both are still in custody.

In January 2018, an open letter from a group of scholars and dealers criticised the Museum of Fine Arts in Ghent. The signatories, which included the dealer, James Butterwick, stated: “Among the exhibited artworks were 26 pieces that did not belong to the museum—objects attributed to Kazimir Malevich, Wassily Kandinsky, Vladimir Tatlin, Lazar el Lissitzky, Alexei Jawlensky, Natalia Goncharova, Mikhail Larionov and other artists of the Russian avant-garde.

“The museum website does not offer any information about how the institution was able to assemble this exhibition: according to the Belgian press—the artworks in question were given on long-term loan by the Dieleghem Foundation established by Mr. Igor Toporovsky, an art collector from Brussels.” Catherine de Zegher was suspended from her position as director of the museum on 7 March 2018.