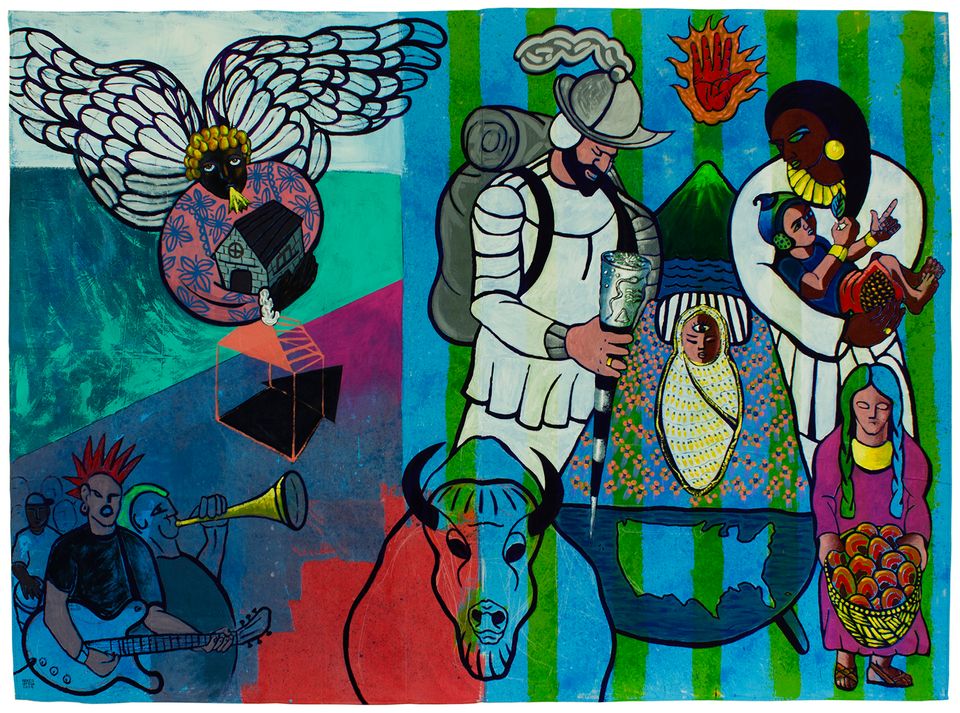 Vida (2019) by Renzo Ortega, who has won a New Wave/City of Asylum residency

Palm Beach’s New Wave Art Wknd, a non-commercial festival that dovetails with the end of Miami Art Week, is launching its first immigrant artist residency this weekend in partnership with the Pittsburgh-based non-profit City of Asylum. The residency will be awarded to one immigrant artist annually, who will be given a space in West Palm Beach for three months in addition to a stipend for materials and studio visits with area collectors.

“It’s about creating more diversity and inclusivity in the creative community here as a whole”, says New Wave’s founder, the Palm Beach-based dealer Sarah Gavlak. The second iteration of the festival features contributions from around a dozen immigrant artists.

The inaugural artist-in-residence, the Peru-born, North Carolina-based painter Renzo Ortega, says that the programme helps to make immigrant identity more visible as well as to normalise it. “Just the fact that an immigrant artist residency programme exists has an enormous significance. It is a political statement in today’s America and inscribes immigrants’ art expressions in the contemporary history of American art,” he says. Ortega has been living and working in the US as a naturalised citizen for two decades after fleeing violence in his home country.

With Palm Beach’s proximity to President Trump’s Mar-a-Lago property, New Wave’s programming and residency are also a reminder that immigrant experience is not limited to social or geographical fringes. “People of colour are under constant threat,” Ortega says of the Trump administration’s anti-immigration policies and border crackdowns. The residency, he adds, is a nod to the fact that immigrants are integral to maintaining a “culture of exchange”.