In pictures: Design Miami is presenting more design “voices” than ever

This week’s edition (until 6 December) offers collectors even greater diversity than in previous years. As well as classic Modern and contemporary furniture, and a mobile hut that Jean Prouvé designed for the French army in 1939, on view with Galerie Patrick Seguin (G01), visitors can see contemporary and antique carpets, the latter at Orley Shabahang (G32), for the first time. Here is our pick of the fair. 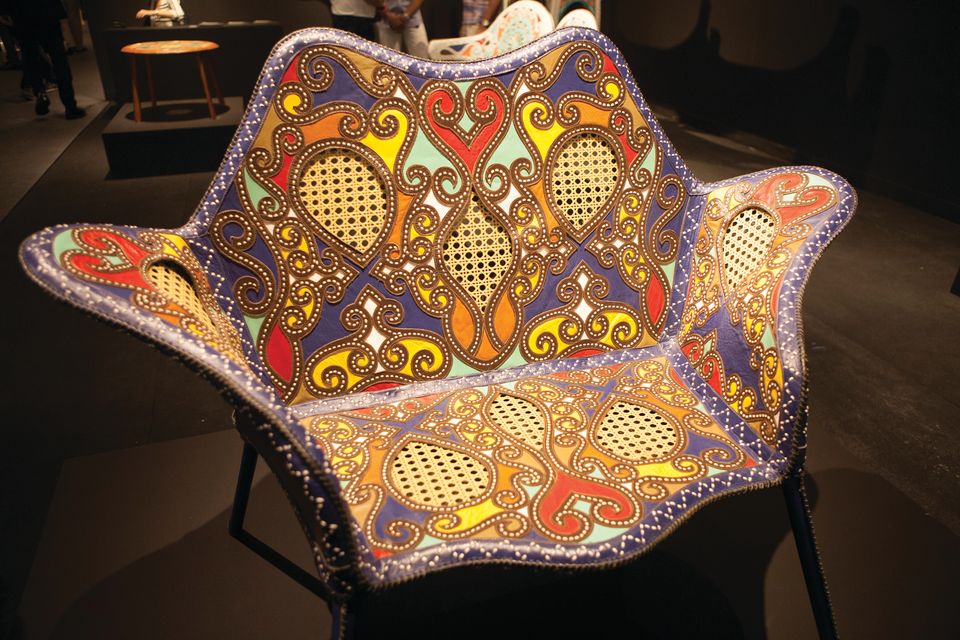 Unique item, from limited edition of 50 plus five artist’s proofs; price on request

The Brazilian designers Humberto and Fernando Campana have teamed up with a virtuoso in traditional leatherwork from the north of the country. Master craftsman Espedito Seleiro began to make saddles aged eight, when he was also herding cattle. In the 19th century, Brazil’s cowboy country was home to cangaço, a group of outlaws with a taste for fancy hats, boots and belts—hence the name of the Campana brothers’ new collection of flamboyant furniture, brought to the fair by São Paulo’s Firma Casa in its Design Miami debut. 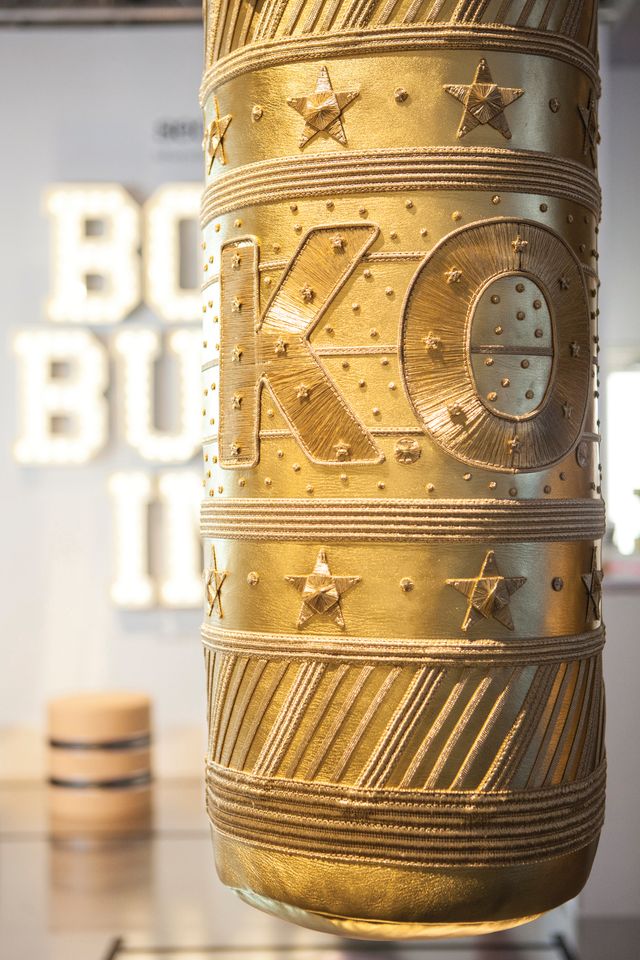 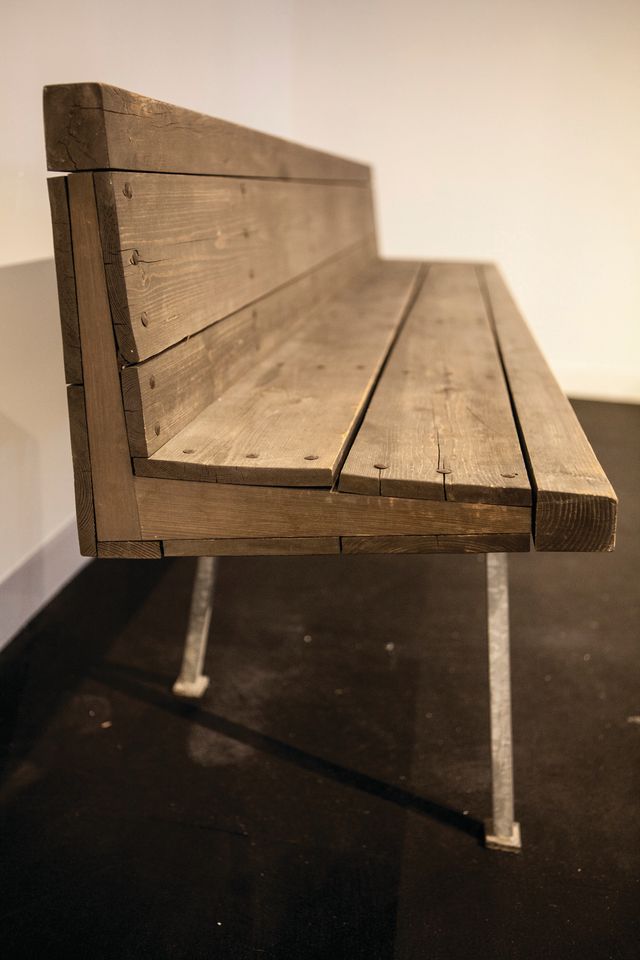 On the stand of Rotterdam’s Galerie Vivid is a long bench designed with a Minimalist rigour that Donald Judd would probably have admired. It was created for a church in the Netherlands by Dom Hans van der Laan, an architect-designer and monk. Combining the Rule of Saint Benedict with the spirit of De Stijl, the austere piece of furniture required minimal conservation, says Aad Krol, the gallery’s director. “I had to remove one piece of chewing gum from underneath the bench,” Krol says. Is nothing sacred? 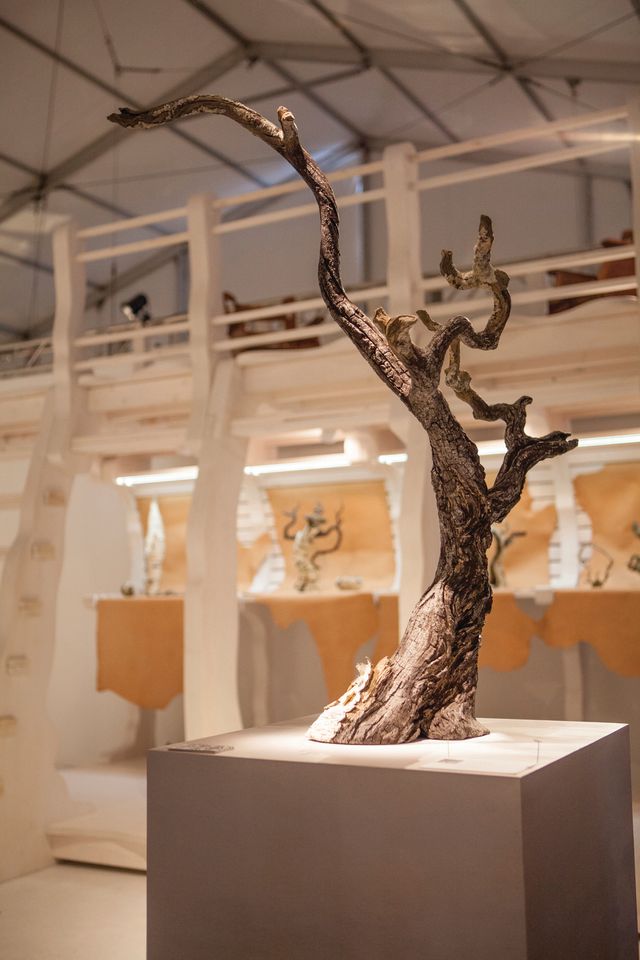 Former ad man-turned-ceramicist Eric Serritella learned his craft in Taiwan. Inspired by traditional Chinese teapots, he transforms clay into tree-like sculptures that retain the elements of a teapot, albeit one that you would never use for even the most ceremonial of brews. This is the largest ceramic trompe l’oeil that Serritella has created so far. Also on New York-based Jason Jacques’s stand is a group of smaller works in stoneware that at first glance—and on close inspection—seem to be made of gnarled wood. 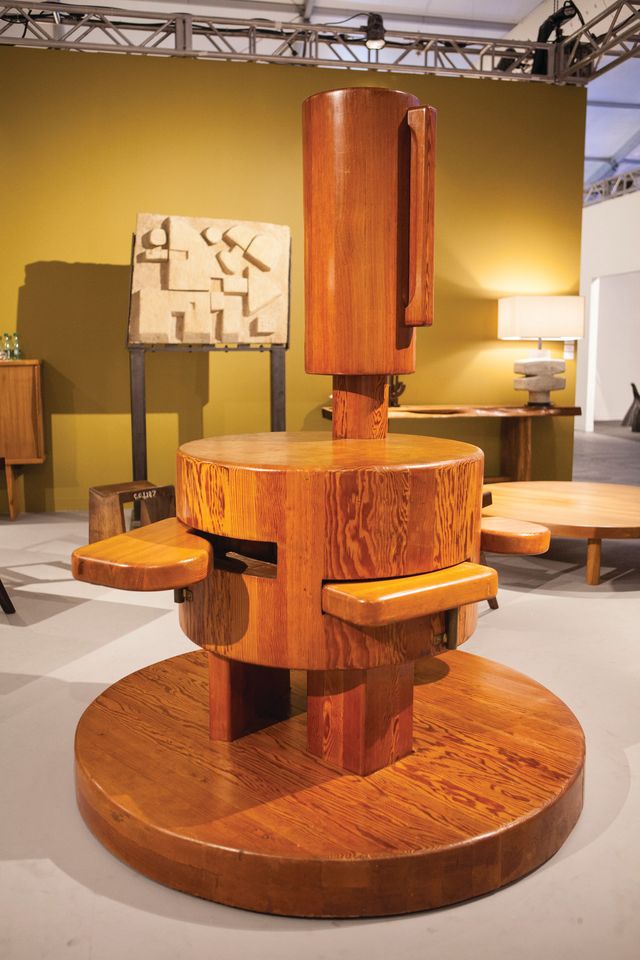 This free-standing bar by the French-Hungarian artist-designer Pierre Székely once made a statement in a chic apartment in Paris’s 16th arrondissement, the area best known for the Bois de Boulogne park. Featured in a design magazine in the early 1950s, when it was new, the piece was described as part of an interior “très modern”. Like a monumental abstract sculpture, the cylindrical bar stands on its own plinth, all made of solid, highly polished wood. The New York-based gallery’s stand features another piece by Székely, this time a work

of pure sculpture: his abstract bas-relief Le Chasseur (the hunter), carved in limestone.

London-based dealer Sarah Myerscough says the designer Christopher Duffy vows that he will never make another Atlantis Table, such is the complexity of this piece in three parts. Handmade in his London studio, it was a “labour of love”, she says, taking three artisans weeks to sand and place its layers of wood, Perspex and glass in such a way that they align perfectly. The result resembles a 3D map of the deep blue sea. Duffy and his team will, however, make a slightly less challenging work on a similar theme: Abyss Table (2015), in an edition of 25, of which six remain ($48,250 plus tax if applicable).