“I love Dieter Roth. This is the most visceral piece in the fair. It’s a slab of cheese trapped behind glass, decomposing. Resembling an Old Master painting of a sublime landscape, it has this epic emotionality. Some of the cheese is still miraculously white. It’s heaven and hell. You can see people doing a double take, because the cheese must smell bad but you can’t smell it because it’s behind glass. It’s a precursor to Damien

Hirst and his flies.” 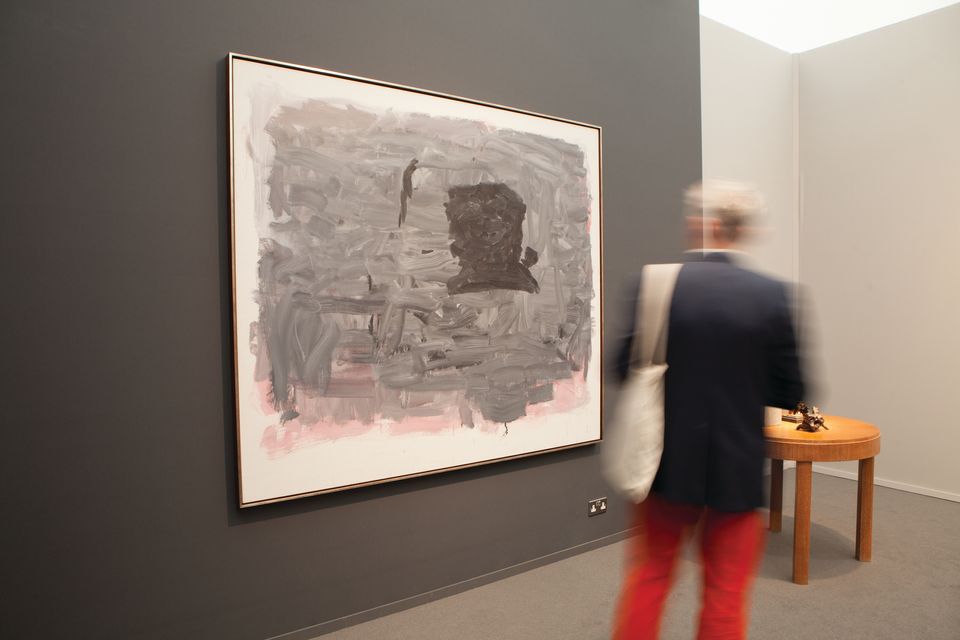 “I love this period in Guston’s work, when the fervent brush strokes seem to be a primordial soup that will at some point deliver up their latent imagery. I also love the title Reverse. It makes you read the black blob in the middle of the abstract painting as the back of someone’s head. The grey swirling brush strokes appear like teeming grey matter that gradually blots out the pink base colour. It seems a vivid invocation of a state of mind, a precursor to his later pink figurative works, in which the head becomes a central motif.” 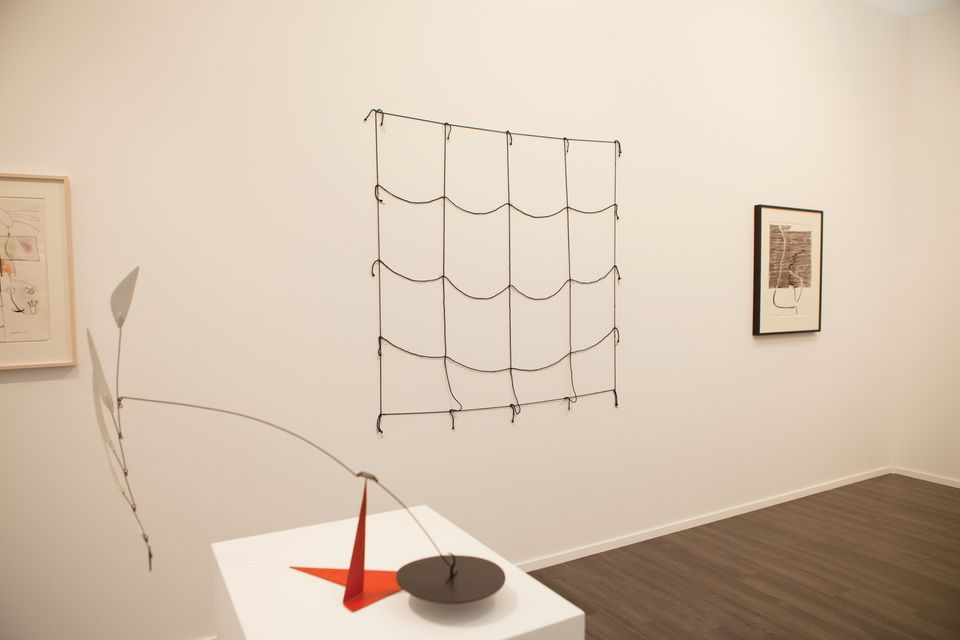 “I remember seeing [Takamatsu’s work] in the background of a photograph of a group show of Minimalist artists in New York in the early 1970s. I was always intrigued to find out who the artist was; now, finally, I’ve tracked him down. This work has some resonance with my deconstructed bullet grids. I love this stand. There are some beautiful things on it and I would have them all.” 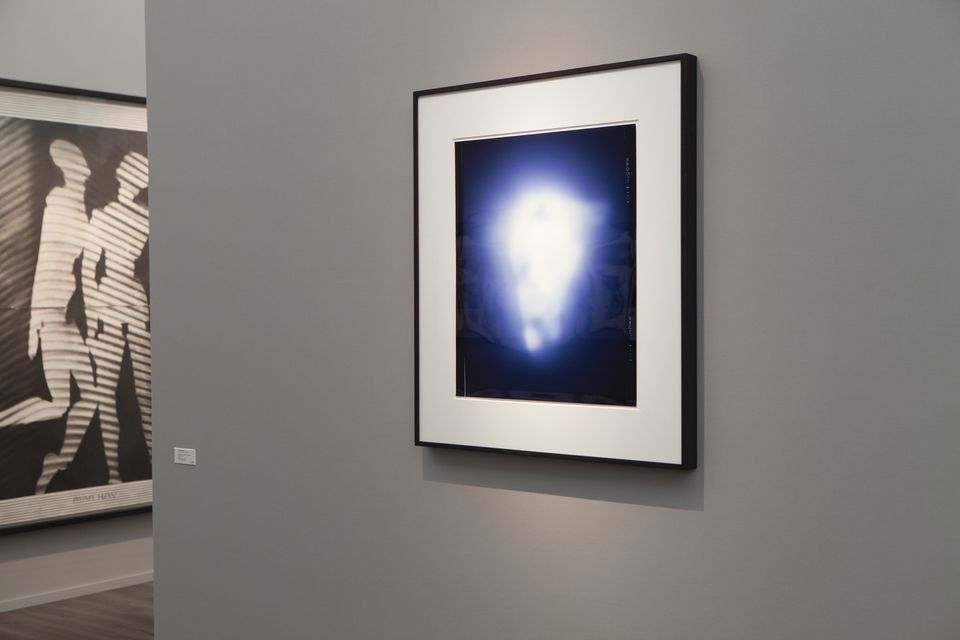 “I just love this because it is very eerie and radioactive and looks like a camera-less photograph, a technique I have often used myself. I’m always seeking out other artists who like to work with photographs: Gerhard Richter, Polke, Man Ray, all of those guys. Frieze Masters is a particularly good hunting ground.” 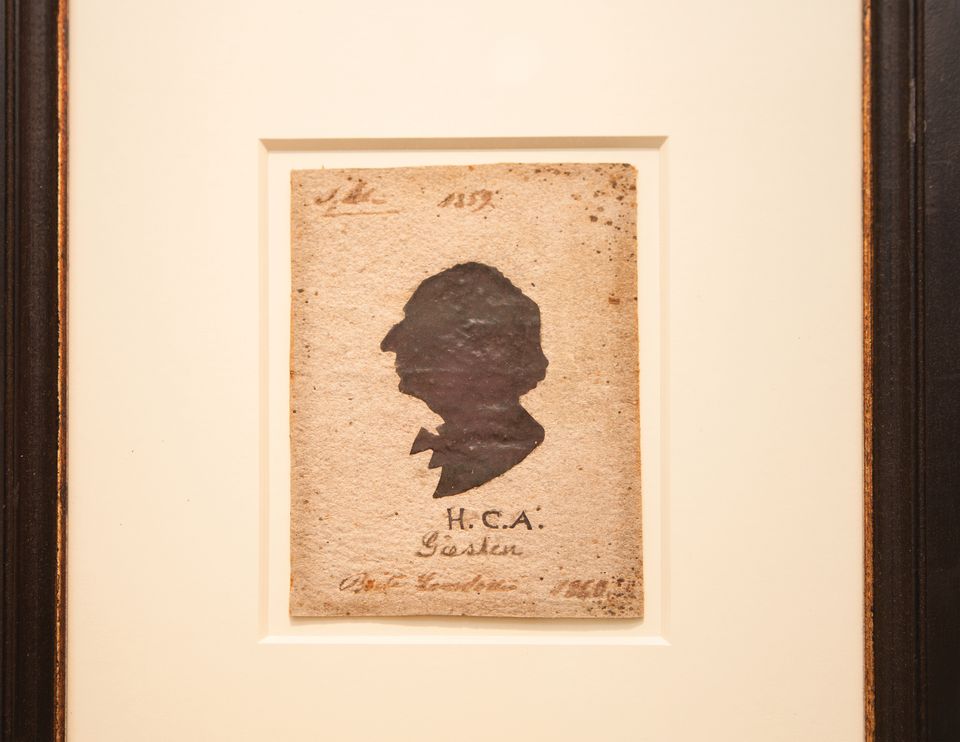 “This is a black painted silhouette, a gift left for someone whose hospitality he had enjoyed on his constant travels. He often painted these little self-portraits as a thank you. You don’t usually see them on the open market. Most are in the museum dedicated to him in Odense. I like the fact that he is happy with his physiognomy, his crooked nose. I was drawn to the object even though I didn’t know it was by him. Curiously, I have a tiny bit of Hans Christian Andersen’s blotting paper, which was given to me by the director of H.C. Andersens Hus. I always imagined that it might have captured blots of The Princess and the Pea or The Emperor’s New Clothes.” 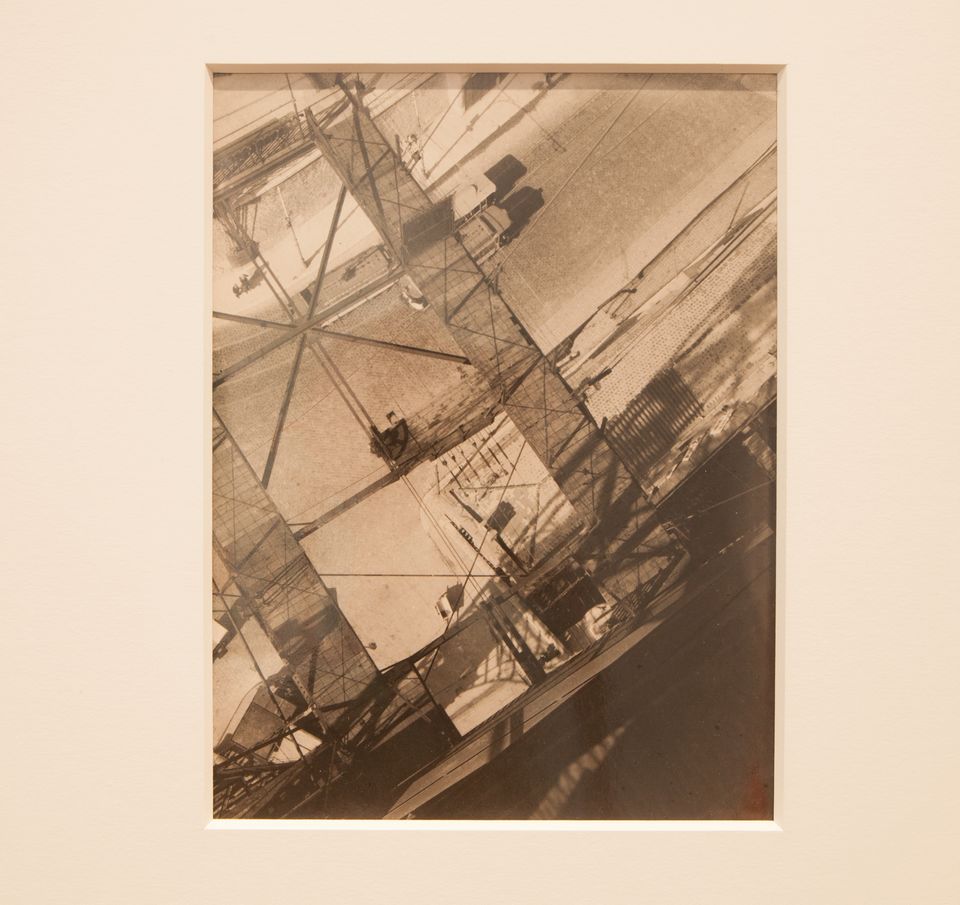 Lazlo Moholy-Nagy, Looking Down from the Pont Transbordeur (around 1929) at Bruce Silverstein. Photo: David Owens.

László Moholy-Nagy, Looking Down from the Pont Transbordeur (around 1929)

“This is an exquisite photograph by Moholy-Nagy, looking down through the structure of a bridge at the cars below. I have a fear of heights, so it makes me feel quite vertiginous, but I also get a little reverse thrill. His work does that every time. It is a classic, one of his magical aerial views that make abstractions out of the everyday. His eye forces order on the haphazard jumble of diagonals, giving them a formal, tranquil quality and capturing a kind of implicit order.”

October Frieze fairs in London will be smaller, reconfigured and may be combined—if they can go ahead, organisers say

October Frieze fairs in London will be smaller, reconfigured and may be combined—if they can go ahead, organisers say