In the wake of a wave of closures, galleries are adapting to survive

Dealers are rethinking the bricks-and-mortar model in favour of temporary, collaborative and virtual platforms

For dealer Anthony Reynolds, the turning point came when the lease on his London gallery ran out and his landlord announced he was tripling the rent. “I thought to myself, I can either find another space or I can find a different way to do this,” the gallerist says.

Reynolds chose the alternative route and, after 32 years in three successive premises, closed his permanent venue in 2015. “Essentially I abandoned the tyranny of the single space,” he explains. “You have to keep funding it and filling it, and artists have to think about how to use it. What was more interesting was to think about operating a gallery as normal, but without a fixed space.”

Representing the same 20 artists as he did before he closed, for the past two years Reynolds has been staging exhibitions in other commercial galleries, including London’s Annely Juda Fine Art, Independent Régence in Brussels, and Àngels in Barcelona. There are further plans to show in Tehran and Tokyo. The aim is to develop “collaboration between galleries rather than an alternative to galleries”, Reynolds says, noting that costs and proceeds are usually split down the middle with the hosting gallery.

Reynolds’s story is an increasingly familiar one. Spiralling rents, buyers’ desire for investment-grade trophy works, an exhausting cycle of art fairs and a growth in online platforms mean that more and more dealers in the lower and middle echelons of the art market are eschewing bricks and mortar in favour of leaner, less permanent models. 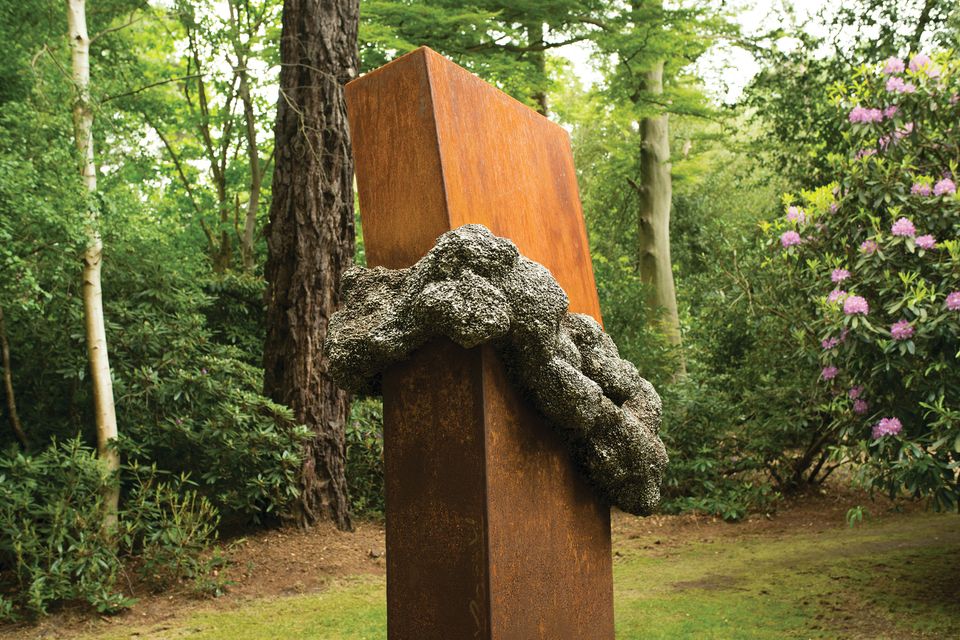 Pop-ups and temporary shows Eye-watering start-up and running costs have spurred a rash of pop-ups and short-term projects. In New York, rent can range from $5,000 a month for a broom cupboard on the Lower East Side to around $35,000 a month for a mid-tier 5,000-sq.-ft gallery in Chelsea. On average, says Edward Winkleman, the co-founder of Moving Image fair, a would-be gallerist will need to stump up three months’ rent plus $20,000 to $100,000 in building costs before they can move in.

The lease term poses another conundrum. “The typical lease for a gallery in New York is ten years,” Winkleman says. “Some landlords will offer shorter ones, but you have to balance the risk that, after it ends, they’ll jack up the rent, versus the neighbourhood evolving to where you no longer wish to have your gallery there.”

Then there’s the flip side: a too-short lease. “A year to five years is now common in London,” says George Marsh, the co-owner of William Benington Gallery, “but I recently saw one lease offered till the end of this year. It’s impossible to build a programme or any level of trust with artists or clients in such a short time.”

Marsh closed the contemporary British sculpture gallery in January to focus on a sculpture park in Buckinghamshire and collaborative exhibitions in London. He now plans to buy a residential home where he can incorporate an exhibition space. “It will solve the problem of people not being able to envisage how large-scale sculptures can work in domestic settings,” he says.

Converting living rooms and bedrooms into temporary galleries is just one way that dealers are coming up with ways to adapt and survive. Car parks, hair salons, arcade bars and the backs of vans have also doubled as ingenious, if cramped, exhibition venues.

Since closing his permanent London space after 16 years in March, Magnus Edensvard, the co-founder of Ibid Gallery (which also includes a four-year-old Los Angeles location), has organised a show of David Adamo’s sculptures in the lobby of an 11-storey corporate headquarters in the City of London. He is now planning a travelling exhibition on a boat on Regent’s Canal this summer.

Joel Mesler started dealing 14 years ago and in that time has pitched back and forth between pop-ups and more permanent galleries, including Untitled and Feuer/Mesler. In May he relocated from Manhattan to East Hampton on Long Island to open a seasonal gallery that caters to A-listers and collectors with summer homes in the stony beach enclave.

“Because of art fairs, selling months in the city are becoming smaller and smaller. Most of the summer is dead,” Mesler says. “This way I can have an off-season in the Hamptons to do whatever I want, including my own painting.” In a video advertising his new gallery, Mesler describes the move as going “back to the mom-and-pop… and the love of art”.

Mesler is returning to his roots in more ways than one. His new gallery is called Rental, the name of the gallery he first founded in Los Angeles in 2004 and then in Manhattan in 2007. Like his original venture, Mesler will not represent artists, plumping instead to have a more flexible approach to programming.

“The art world feels more Darwinian than ever; it’s about survival and adaption,” he says. “Because of the decimation of the mid-tier, there’s a push to forge these new grey areas. Models like Rental are successful when the art market is in flux.” 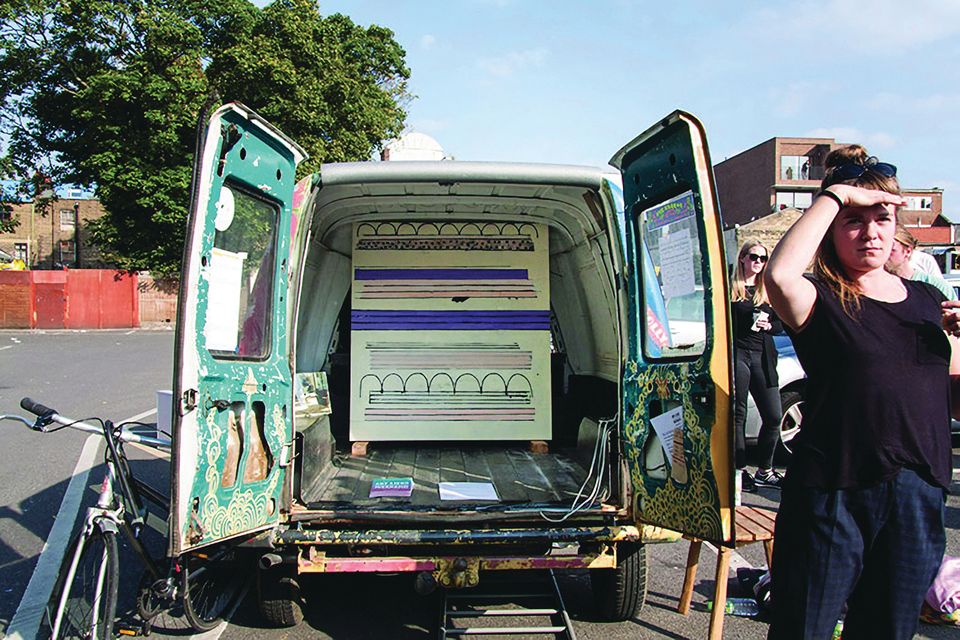 Artists bypassing dealers Popular in the 1960s and 1970s, ad hoc artist-run spaces are once again proliferating. Artist Lola Bunting set up the non-profit 53 Beck Road in the front room of her parents’ terraced house in Hackney, London, in 2013. “I started it in response to the lack of non-commercial spaces for artists to exhibit in London,” Bunting says. “I wouldn’t say I operate completely outside of the art market, but my aim is not to become a commercial gallery.”

Beck Road has a celebrated past as an artist co-operative. Bunting’s parents, Karen and Peter, along with dozens of other artists, including Helen Chadwick and Cosey Fanni Tutti, moved there in the late 1970s as a short-term solution to a housing shortage. The road was slated for demolition, but in the late 1980s, with the support of Acme Housing Association, the artists on Beck Road were granted permanent residency. The London dealer Maureen Paley opened her first gallery there in 1984.

“There’s a sense of things being cyclical,” says Holly Willats, who is co-organising an exhibition at 53 Beck Road with Bunting called House Work (until 9 July), which responds to the history of the location. “Despite the overwhelming difficulties, artists are finding new initiatives to continue to make and exhibit their work,” she says.

Artists in New York and Los Angeles are also doing it for themselves. Canada is the most established artist co-operative in Manhattan, having opened in 2000. More recent additions include Park View Gallery in Los Angeles, which the writer Paul Soto runs out of his MacArthur Park home, and Teen Party, which the writer and editor Scott Indrisek launched in his Brooklyn flat last year.

For its sixth edition in September, the Amsterdam-based Unseen Photo Fair will have a new section, Co-op, featuring 13 artist collectives and artist-run initiatives, including Britto Arts Trust from Bangladesh and the Colombian Colectivo +1. For those exhibiting in this section, the cost of travel and some materials are covered by the fair. By comparison, a booth at Photo London can cost £30,000—a prohibitive sum for those without gallery representation.

“Until last year, it was a condition that exhibitors had to have a physical space, but we are undergoing such a massive shift in the gallery world that fairs are absolutely going to have to reflect that,” says Emilia van Lynden, the artistic director at Unseen. From bricks to clicks Many markets have migrated online since the digital revolution, but for the most part, the value and uniqueness of the art object means it has remained resistant to being bought and sold on the internet. The 2017 Hiscox Online Art Trade Report suggests the future of the digital art market will be dictated by existing players, such as auction houses, rather than a digital disrupter.

But Tze Chun, who founded the web-only gallery Uprise Art in 2010, has not been deterred. When she launched, there was a huge gap in the market for a “true gallery model” online, Chun says. Going against the grain, Uprise Art sells original works rather than editions, which tend to sell better online due to their reproducibility and affordability. For example, Twyla, a startup founded in 2014, sells exclusive prints, ranging in price from $1,000 to $5,000. The London-based Counter Editions similarly commissions and produces prints and multiples.

Chun has structured Uprise Art to serve artists in much the same way a physical gallery would, representing artists and offering feedback and career advising, marketing, and exposure through art fairs and exhibitions. To convey a sense of uniqueness to clients, Uprise Art’s website offers bespoke consultations with art advisers, free of charge. It also has a page dedicated to artists’ backstories, which “adds a personal touch”, Chun says.

Aligning her online model with the experience of walking into a gallery and discovering something new, Chun chose to have no filtering or sorting on the website. “It’s the opposite of Amazon Art,” she says. Prices range from $100 up to $50,000, while an entire section of the website features works under $800.

Despite making a profit early on, Chun concedes “it is still a pretty tumultuous landscape for art online”. But she says that, as people become more familiar processing visual information online, collectors are becoming more comfortable buying via the internet.

Ultimately, however, it seems there is no substitute for the real thing. “Collectors are not looking for a product, they are looking for an experience,” Chun says. “and an original work of art offers exactly that.”

From collaborative ventures to virtual galleries, continue on to part 2 of this story, published in the July/August 2017 issue.