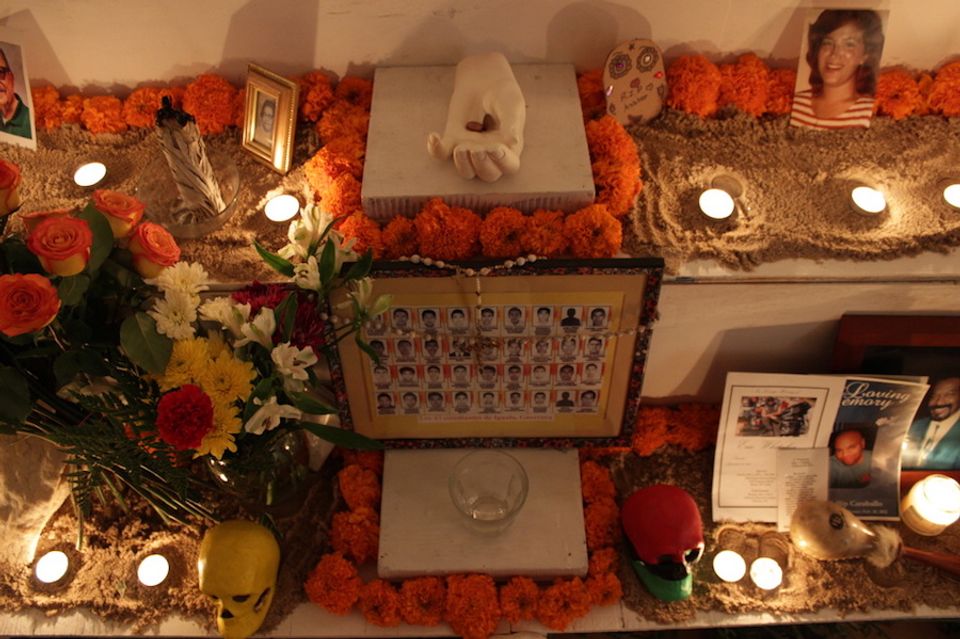 In a project coinciding with the Día de Muertos celebrations, the artist Adrian Viajero Roman has built an “ofrenda”, a ceremonial altar assembled for those who have died, at the historic Green-Wood Cemetery in New York. The installation honours people who have died crossing the Mexican border or were victims of Hurricane Maria, which was responsible for the deaths of more than 3,000 people in Puerto Rico.

The New York-based artist, who is of Puerto Rican descent and has travelled to the island every month since the disaster struck, has incorporated objects he found in Puerto Rico within the altar, including photographs of memorials in San Juan. Visitors to the Brooklyn cemetery are also invited to add their own personal objects to the ofrenda. Yet the project “doesn’t have to be about the loss of life per say but a reflection on how we do or would deal with losing what creates our lives and identities”, says Roman.

The installation will be on view starting Friday (2 November) as part of a three-day programme organised by the cemetery and the Bard Graduate Centre in New York City, and coincides with an exhibition of votive objects at the Graduate Centre Gallery spanning cultures and religions across the millennia, called Agents of Faith: Votive Objects in Time and Place (until 6 January 2019).

Throughout the weekend, there will be talks, poetry readings and performances, including ceremonial songs and dances of indigenous Central America presented by the group Cetiliztli Nauhcampa Quetzalcoatl In Ixachitlan and a discussion by advocates for immigrants organised in collaboration with the Colibri Centre for Human Rights, a Tucson-based non-profit organisation that tracks deaths along the border of the US and Mexico.