The sculpture will now go on show near the Champs-Elysées, after previous location near the Palais de Tokyo was strongly opposed 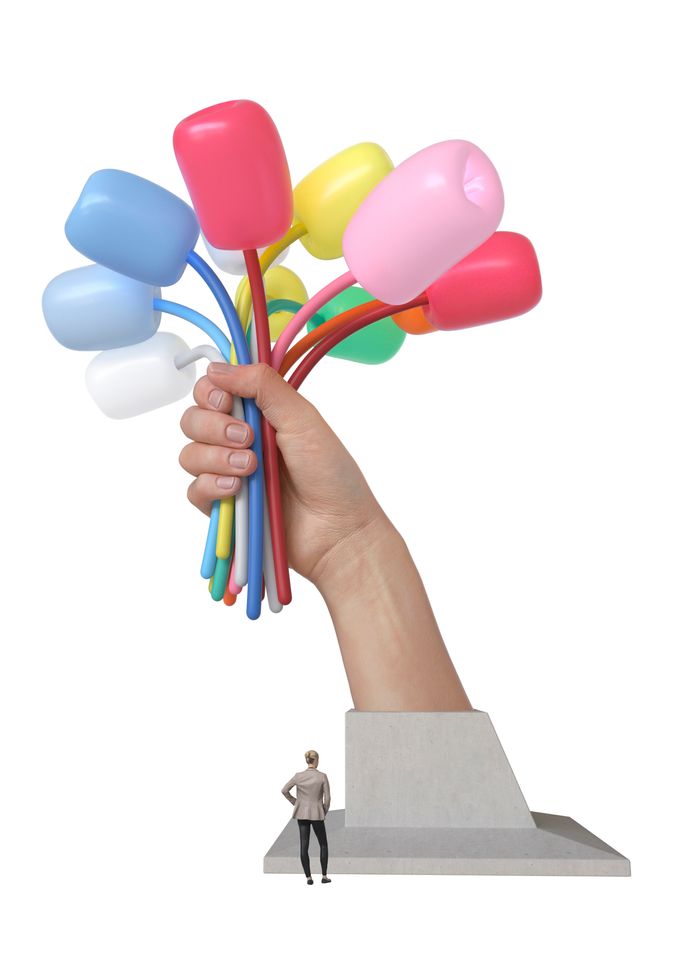 A rendering of Bouquet of Tulips (2016-19) by Jeff Koons © Jeff Koons. Courtesy Noirmontartproduction

The installing of Jeff Koons’s controversial sculpture Bouquet of Tulips (2016-19) in Paris, close to the Champs-Elysées, is expected to start today ready for its inauguration during Nuit Blanche, an annual night-long art event on 5 October.

Two of the 11 tulips in the shiny, multi-coloured bouquet have already been transported from Arnold, a producer of mirror-polished metal works for artists near Frankfurt, according to the French newspaper Le Parisien. The tulips are being installed using an 80-tonne crane. Photography of the installation process is being strictly prohibited.

The agreed-upon location for Koons’s sculpture is the municipal gardens just behind the Petit Palais. Agreement on the location took three years of political wrangling between the former French culture minster Françoise Nyssen, the Paris mayor Anne Hidalgo, and Jérôme and Emmanuelle de Noirmont from Noirmontartproduction, who were leading negotiations on Koons’s behalf. It was Christophe Girard, the Paris mayor’s deputy for culture, who reached the compromise.

The Bouquet of Tulips, is made from polychromed bronze, stainless steel, aluminium and stone, and towers more than 12m in height. Koons wrote in 2016 that it was created as “a symbol of remembrance, optimism and healing”, following the Parisian terrorist attacks in November 2015 that killed 130 people. However, it has sparked controversy since the outset.

The work was originally intended to be installed in between the Palais de Tokyo and the Musée d'Art Moderne but this was halted after a public outcry, including a letter published in the French daily Libération that was signed by 23 people, among them the former French culture minister Frédéric Mitterrand. They wrote: “Due to its visual impact, gigantism and situation, this sculpture would upset the present harmony between the columns of the Musée d'Art Moderne and the Palais de Tokyo and the view of the Eiffel Tower.”

The Parc de la Villette, designed by the French-Swiss architect Bernard Tschumi in north-eastern Paris, was then suggested by Nyssen but dismissed by Tschumi and considered insufficiently central by Koons.

Costing €3.5m, the Bouquet of Tulips is being financed by French and American sponsors. The Fonds de Paris is also financing a forthcoming lighting installation by Olafur Eliasson on the Arc de Triomphe, costing €3m, and which is expected to be launched in early 2020.

Update: the image on this story was updated on 27 August with the latest rendering of the work